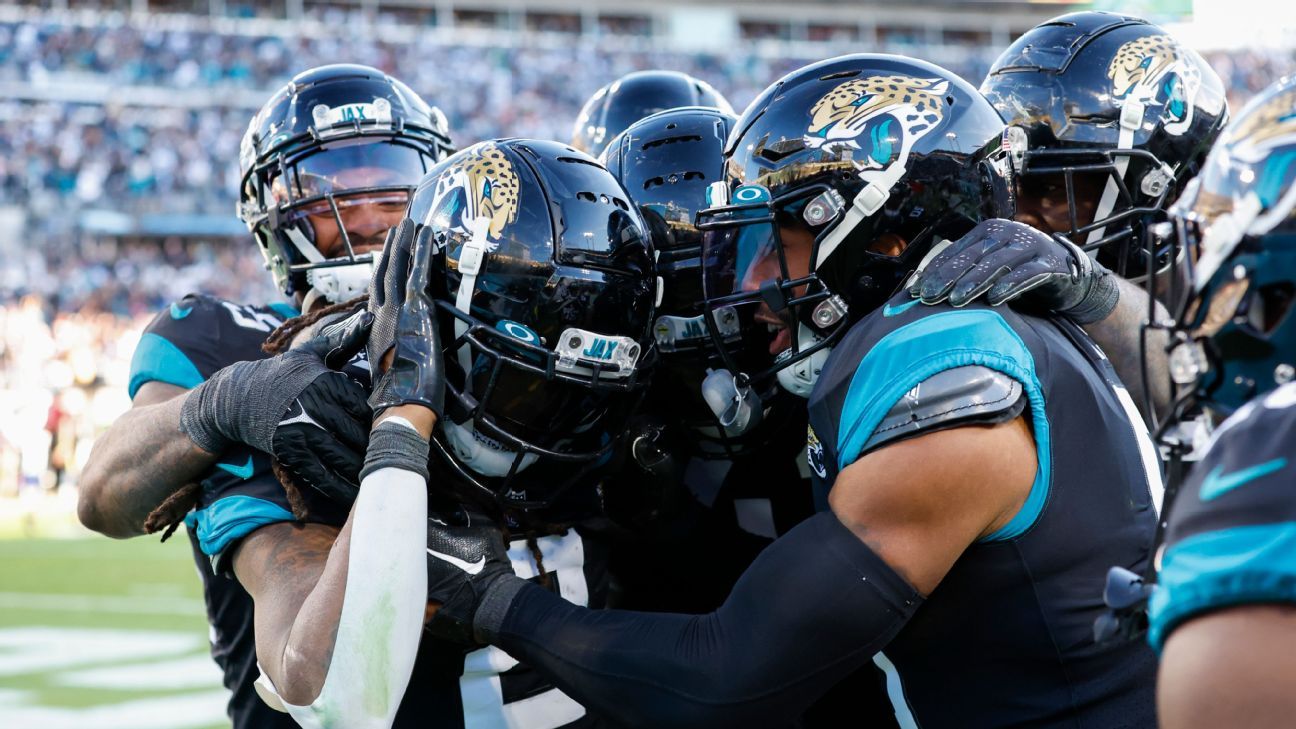 JACKSONVILLE, Fla. — There was no better time for Jacksonville Jaguars safety Rayshawn Jenkins to do something he had never done before than late Sunday afternoon.

Jenkins grabbed a deflected pass and returned it 52 yards for a touchdown to give the Jaguars a 40-34 overtime victory over the Dallas Cowboys at sold-out TIAA Bank Field. That was the first pick-six of Jenkins’ career.

Not just his six years in the NFL. His entire football career. He didn’t have one in college at Miami or in high school at Admiral Farragut Academy in St. Petersburg, Florida.

Or in Pop Warner, either.

“That’s a play you dream about ever since you’re like 8 years old,” Jenkins said. “Just to be able to be the guy to make a play like that for us to get that win, that was pretty cool to do.”

Jenkins’ first defensive touchdown was one of the biggest plays of the season for the Jaguars (6-8). It capped the Jaguars’ rally from a 27-10 third-quarter deficit and gave them their fourth victory in their past six games to keep them alive in the AFC South.

It also was the sixth turnover forced by the defense in the past two weeks and the 12th during the 4-2 stretch that began with a 27-20 victory over the Las Vegas Raiders on Nov. 6. As much as a surging Trevor Lawrence has fueled the Jaguars’ success the past six games, the defense has been just as critical. The Jaguars are plus-7 in turnover ratio in that span.

Jenkins said he thought about getting his first pick-six earlier this week and recalled that as soon as he grabbed the ball at the Jaguars’ 48-yard line after teammate Tre Herndon deflected Dak Prescott‘s pass to receiver Noah Brown.

“It was a huge block by somebody in front of me. I don’t even know who it was,” Jenkins said. “I just ended up cutting right inside of them. I was running for dear life, man. My hamstrings were about to pull and everything.

“All I kept doing was [waving bye to the fans]. That’s all I could think about, man. Bye, bye. Onto the next one.”

The Jaguars were in position for Jenkins to make the game-winning play because Lawrence heated up in his final six drives. After throwing his first interception in 204 passes (the second longest streak in franchise history), Lawrence went 6-for-6 passing for 66 yards and two TDs on third down, went 6-for-9 for 44 yards and two TDs when pressured, and completed all six passes against the blitz for 77 yards and a touchdown.

Lawrence finished with 318 yards and a career-high four touchdowns passing, making him just the second player in franchise history to have 300-plus yards and at least three passing touchdowns in consecutive games.

Three of Lawrence’s touchdown passes went to receiver Zay Jones, who caught six passes for 109 yards and has 35 catches for 415 yards in his past five games.

Sunday was the second time the Jaguars had rallied from a 17-point deficit this season, and they’re now 2-2 this season in games in which they’ve trailed by at least 17 points. Prior to this season, the Jaguars were 1-112 in that situation in franchise history.

Now the Jaguars trail the Tennessee Titans by one game in the AFC South and have games remaining against the New York Jets, Houston Texans and Titans.

“It feels good to win a game like this on a big game, national game against a great team,” Lawrence said. “It feels good just to show who we are. I can’t lie. That feels good to show people that, but it doesn’t change anything about us. We’re the same group. We lost five games straight in October and everyone wrote us off.

“If you listen to what people say, you’re not really in a good spot. It’s the same group, and we’ve just stuck together. It’s been fun. Right here, three games left, we’ve got a little run we’ve got to make, and we’ve said that the last couple weeks, and we’ve stepped up to the challenge.”