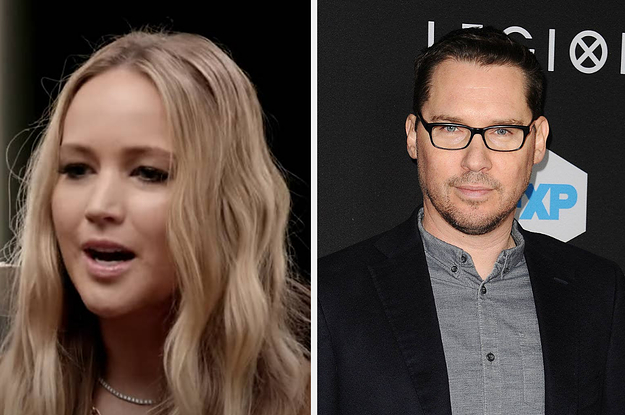 The group of actors discussed a variety of issues and experiences, but one moment that’s gone viral is JLaw calling out male directors.

While talking about her latest film Causeway Jen said, “It was just so interesting to be on a female-led movie. My producing partner and I were the lead producers.”

“We had a female director. The schedule made sense. There were no huge fights. If an actor had a personal thing and wanted to leave early, instead of going, ‘Oh! Well, we’d all love to leave early!’ we’d put our heads together and go, ‘Okay. How can we figure this out?’”

“It was incredible to not be around toxic masculinity — to get a little break from it. And it did always just make us laugh about how we ended up with, ‘Women shouldn’t be in roles like this because we’re so emotional.’”

Jen has starred in four of Bryan’s films — X-Men, First Class, Days of Future Past, and Apocalypse.

Jen isn’t the only actor to express that Bryan is difficult to work with. Per Vanity Fair, Halle Berry — who starred in the early X-Men films — said she and Bryan would get in fights on set. Rami Malek and Sophie Turner of Bohemian Rhapsody said their experiences with the director were “unpleasant.”

You can watch the full roundtable here.

If you or someone you know has experienced sexual assault, you can call the ​National Sexual Assault Hotline​ at 1-800-656-4673 (HOPE), which routes the caller to their nearest sexual assault service provider. You can also search your local center ​here​.