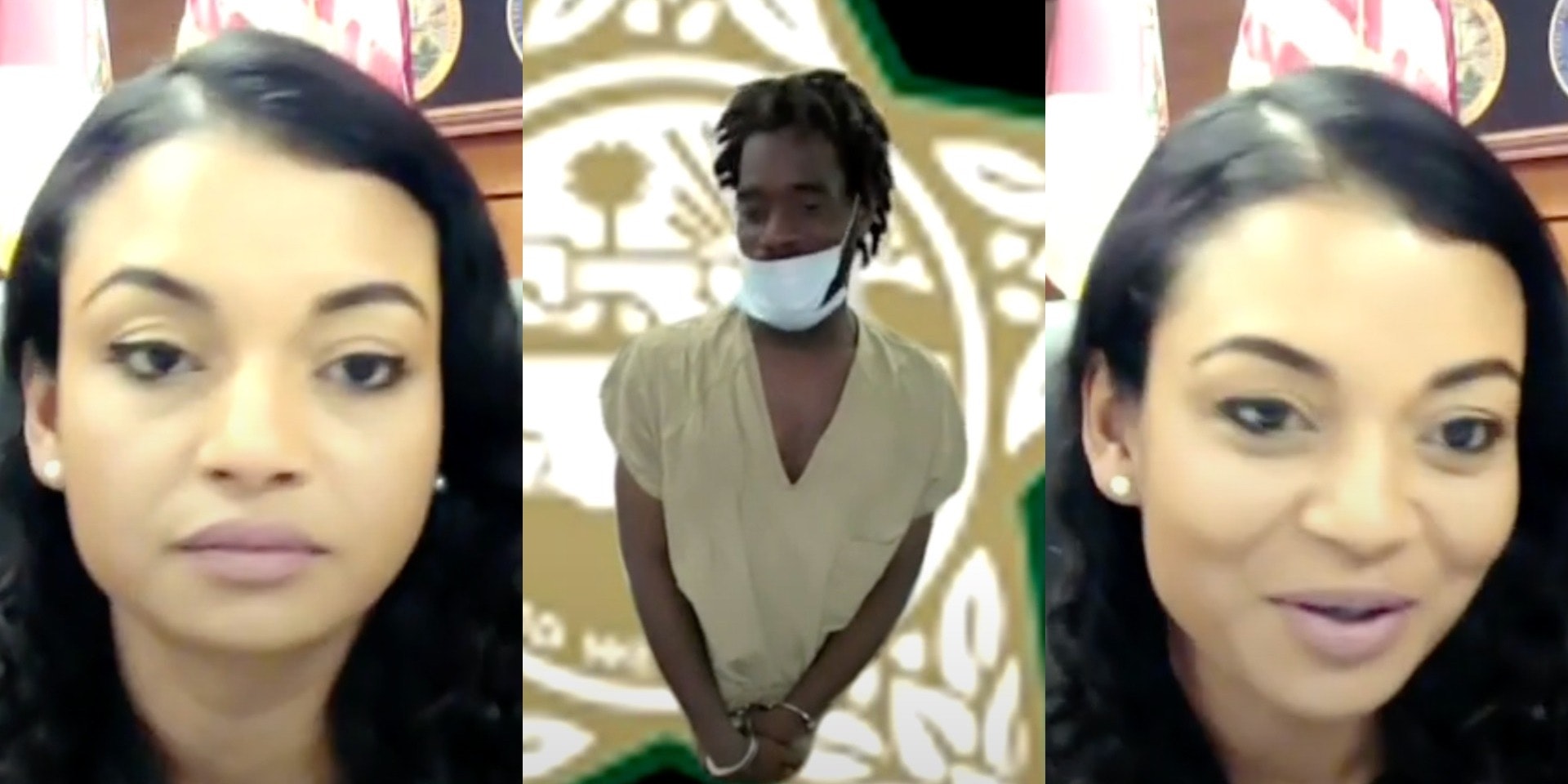 Court defendants will go to great lengths to exonerate themselves, as one Florida man recently proved when he flirted with a judge during his Zoom hearing and was promptly shut down.

Demetrius Lewis appeared in virtual bond court yesterday before Judge Tabitha Blackmon, WSVN reports. Prosecutors said Lewis tried to break into a home while a mother and her three children were inside.

As soon as the hearing begins, a handcuffed Lewis shoots his shot with Blackmon. “How you doin’, how you doin’?” Lewis asks the judge after stepping in front of the camera, his body blinking in and out of view in front of the sheriff’s grainy Zoom background.

“Judge, you are so gorgeous,” Lewis continues. “I just have to tell you. You’re gorgeous.”

As his audio flickers in and out, it sounds like Lewis then says, “I love you. I love you.”

Blackmon takes Lewis’ flirtation in stride while effortlessly shooting down the defendant.

“Alright, Mr. Lewis,” she says with a bemused smile. “Flattery will get you everywhere, but maybe not here.”

Lewis’ charm offensive wasn’t all for naught. He was charged with attempted burglary of an occupied dwelling and is being held on a $5,000 bond, which is $2,500 below the prosecutors’ recommendation.

The post Judge shuts down burglary suspect who tries to flirt with her during Zoom hearing appeared first on The Daily Dot.

What’s the deal with vtubers, anyway?
Cardi B accused of plagiarism for ‘Up’ lyrics
Advertisement