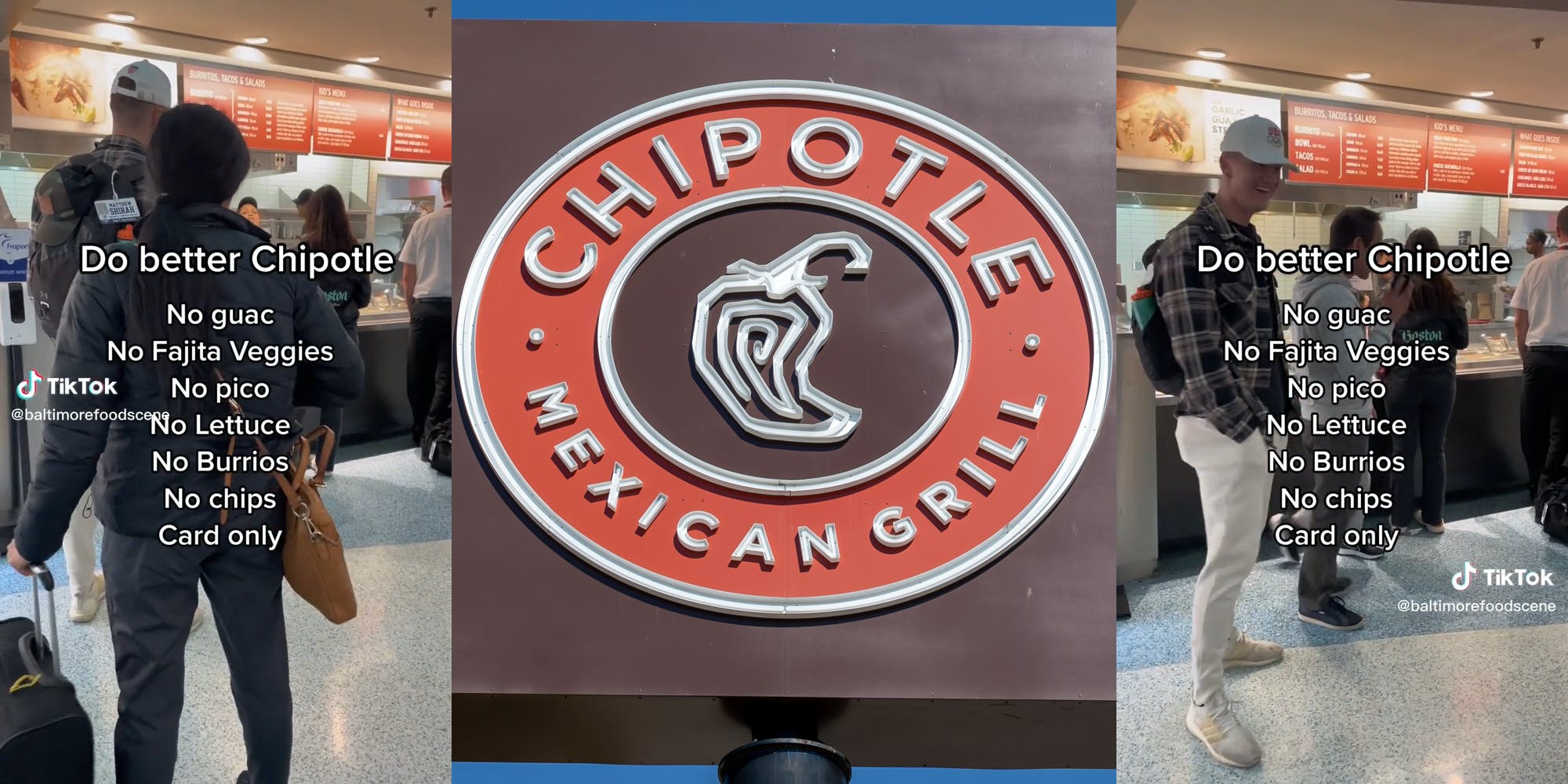 Toward the end of the day, it’s normal for a busy restaurant to run out of certain items. However, it can still be surprising just how many items a restaurant can run out of while still attempting to maintain normal operations.

One such case of a Chipotle location running out of many items at once recently sparked discussion after being posted to TikTok.

In a video with over 153,000 views, TikTok user Samantha (@baltimorefoodscene) films a large line at the fast-casual Mexican chain’s location at the Baltimore/Washington International Airport (BWI). As customers gather, an employee can be heard announcing that the store is out of guacamole, fajita veggies, pico de gallo, lettuce, burritos, and chips.

“So rice, beans and chicken,” observes Samantha in the caption. “Do better @Chipotle.”

According to commenters, this is a common occurrence at this particular Chipotle.

“Gotta be BWI,” wrote one user.

“Is this at BWI bc that happens every time I go there lol,” claimed another.

“I know this is BWI,” echoed a third.

“Sounds like every chipotle in baltimore,” offered a user.

“Canton chipotle is like this every night,” stated a second.

“Chipotle roulette is just online ordering at the one in Locust Point and seeing if there’s anything in your bowl,” joked a further TikToker.

“Literally my university chipotle every night,” shared an additional user.

Some users shared their own stories of Chipotle locations being out of ingredients.

“One time i went and they had no rice,” recalled a user. “i was like just close at that point.”

“I just went to Chipotle last night and I wanted a bowl she said were out of chicken and we aren’t making any more,” alleged a TikToker. “it was 5pm yall close at 10.”

The Daily Dot reached out to Samantha via Instagram DM and Chipotle via email.

The post ‘Just close at that point’: Chipotle worker has to announce store is out of guac, fajita veggies, pico, lettuce, burritos, chips appeared first on The Daily Dot.