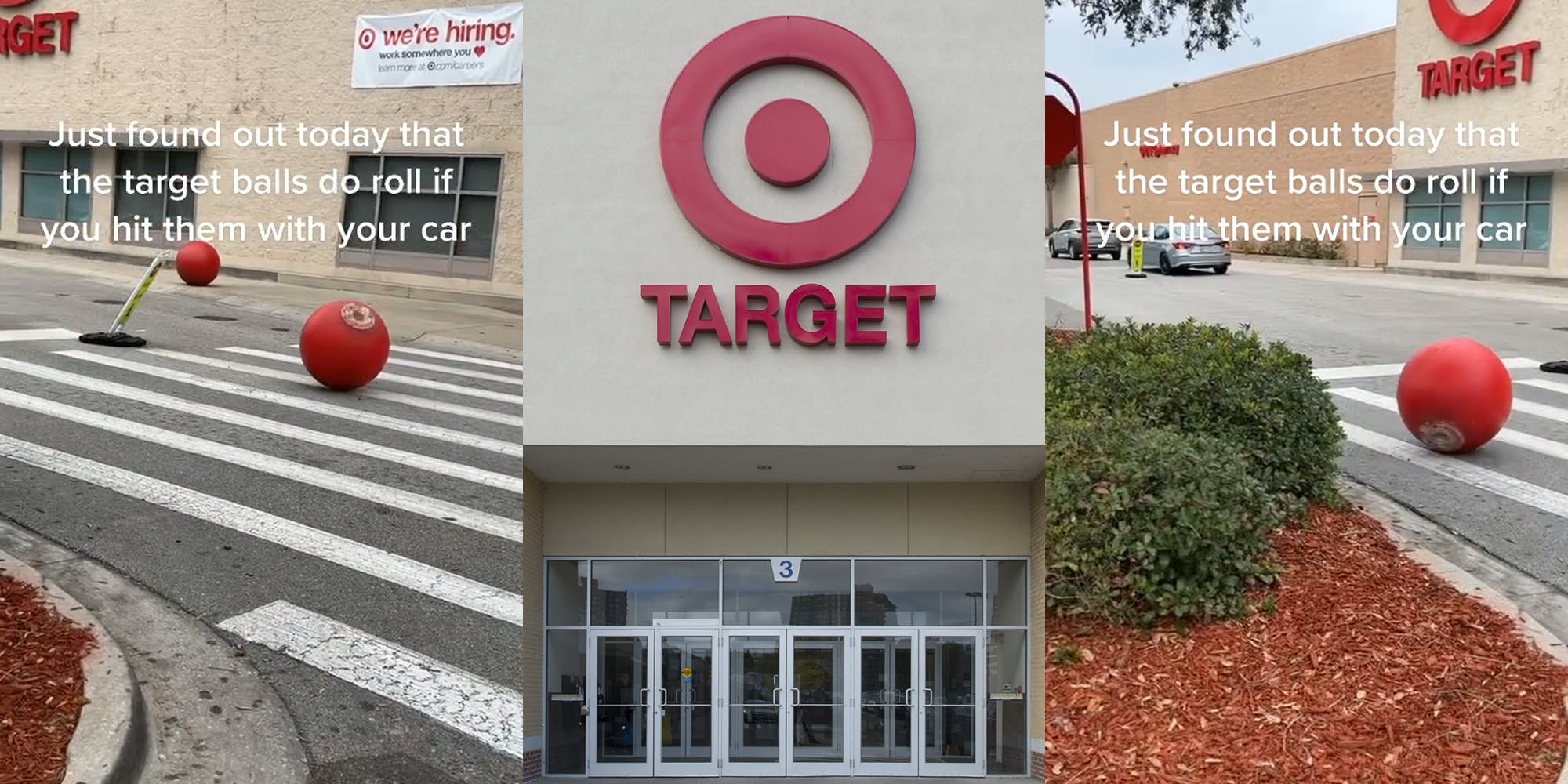 Every Target shopper is familiar with the large cement balls that line the entrance of the store. Now, a viral TikTok is showing shoppers an unfamiliar sight: one of Target’s iconic red balls rolling into the parking lot.

The video, posted by TikTok user Hannah (@electic.angel), starts with a large red ball beginning to roll away from the Target entrance while the “Mission Impossible” theme plays.

After the ball rolls through the crosswalk and lightly bounces off a curb, a Target employee pushing a cart comes into view.

“Bro, there’s a worker. Why doesn’t he do anything?” a man questions from behind the camera.

The camera then pans to two silver cars, an SUV and a sedan, driving away from the ball. The TikToker implies that the driver of the SUV dislodged the ball from its place by hitting it with their car.

“And she’s driving away. She’s going to hit another one,” the man filming says.

Florida is what they say it is

The video racked up 2.7 million views since it was posted on Dec. 12. In the comments section, many viewers cracked jokes about how the employee walked past the situation.

“The worker legit looked then looked away so fast like nope nope nope NOT today,” one viewer joked.

“Worker said ‘uhhh I definitely did not seeeeeee that, I did not see thatttt.’ As he’s turning his head the other way,” a second quipped.

“The employee put his head down ‘not my problem,’” a third wrote.

Other viewers stated that they would’ve taken the ball with them.

“I’d be loading that in my car because why not???” one stated.

“I would have tried to find a way to get that in the back of my truck for my kids,” another wrote.

“Would take that home ngl,” a third echoed. “One of the best sitting spots.”

Some users who claimed to be Target employees shared their own experiences with the red balls rolling away.

“My target had the same thing happen but the ball went into a famous footwear,” one person commented.

“This happened at my store during a blackout and i watched our security guard roll it in from the rain. iconic. i’ll never forget it,” a second stated.

“We had a semi hot one of ours at the Target I work at it it hit a team members car,” a third shared.

The Daily Dot reached out to Hannah via TikTok comment and to Target via email.

The post ‘Just found out today that the Target balls do roll’: Customer captures Target red ball rolling outside appeared first on The Daily Dot.

‘Please I can’t even find one right now’: Mom says she had to get 3 work from home jobs
Nurses get backlash for sharing their patient ‘icks’
Advertisement