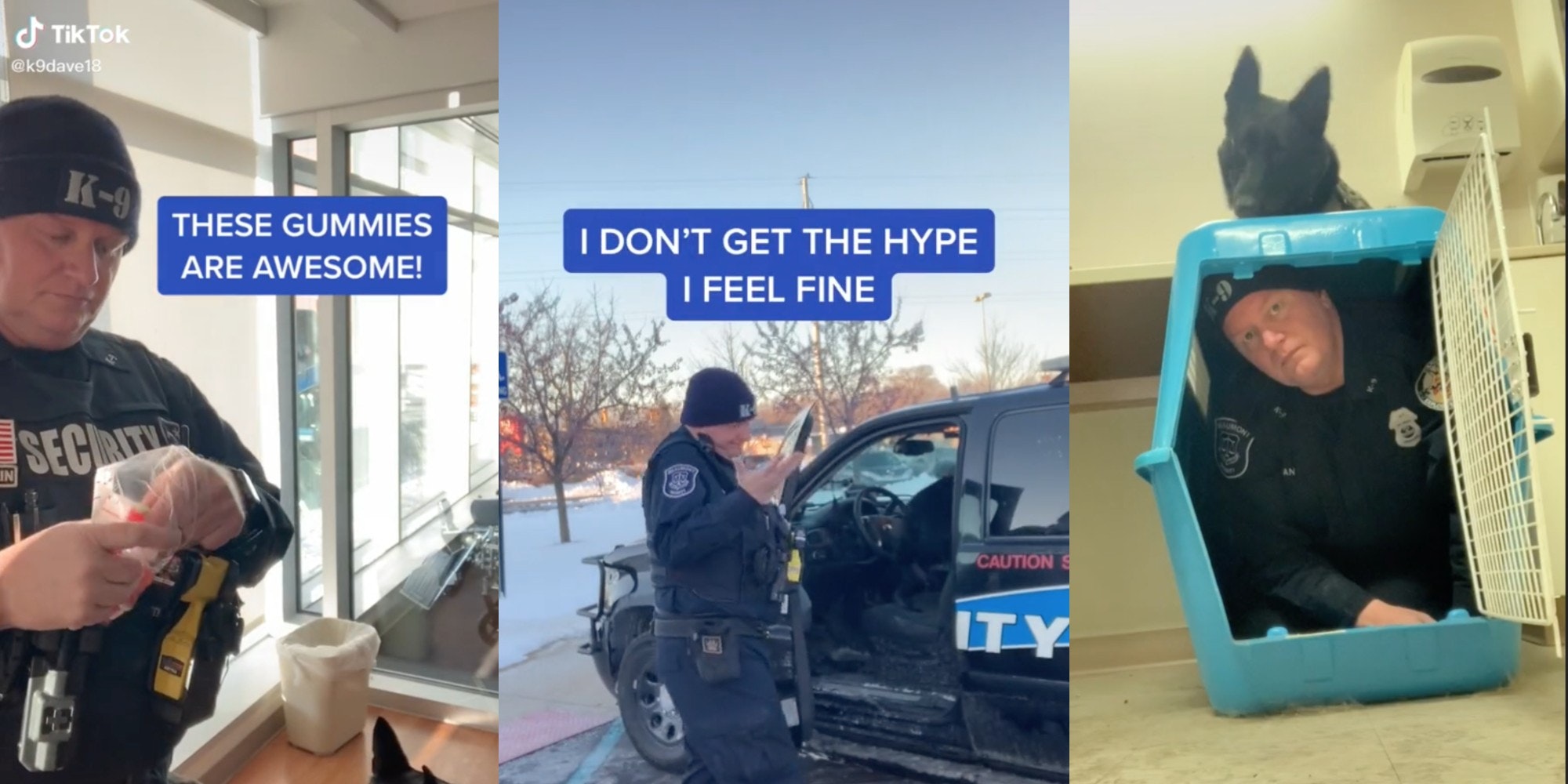 A TikTok video showing a K-9 officer joking about marijuana is stirring debate online given the public’s growing opposition to the drug war.

While most of Ackerman’s videos are positively received, his latest clip has received some pushback given its subject matter: marijuana.

In the video, Ackerman pretends to inadvertently consume marijuana edibles before eventually ending up inside Shiloh’s kennel.

The footage, which has been viewed more than 992,000 times on TikTok, received both praise and criticism from users.

“Ah yes,” one user responded. “Another cop joking about something that people serve years in jail for. Hilarious.”

The clip also made its way to Twitter, where others similarly denounced what they saw as bad humor.

But it turns out that while Ackerman is a K-9 officer, he is not in law enforcement. Ackerman is actually a private security officer, as revealed by both his uniform and patrol vehicle. According to his LinkedIn profile, Ackerman works for Beaumont Health, Michigan’s largest healthcare system.

Throughout his comments, Ackerman can be seen repeatedly telling users that he is “not a cop.” And although recreational marijuana is legal in Michigan, the security officer also stressed that no actual marijuana was used in the video.

Ackerman later responded to his critics in a separate video, in which he points to the security badge on his chest and reveals that the “edibles” were nothing more than candy.

The video ends with Ackerman noting that “stoners” have told him his entire life that marijuana makes you “mellow, chill, and happy” but that it was obviously a lie based on the comments he’s received.

The post K-9 officer slammed for joking about eating edibles in viral TikTok appeared first on The Daily Dot.