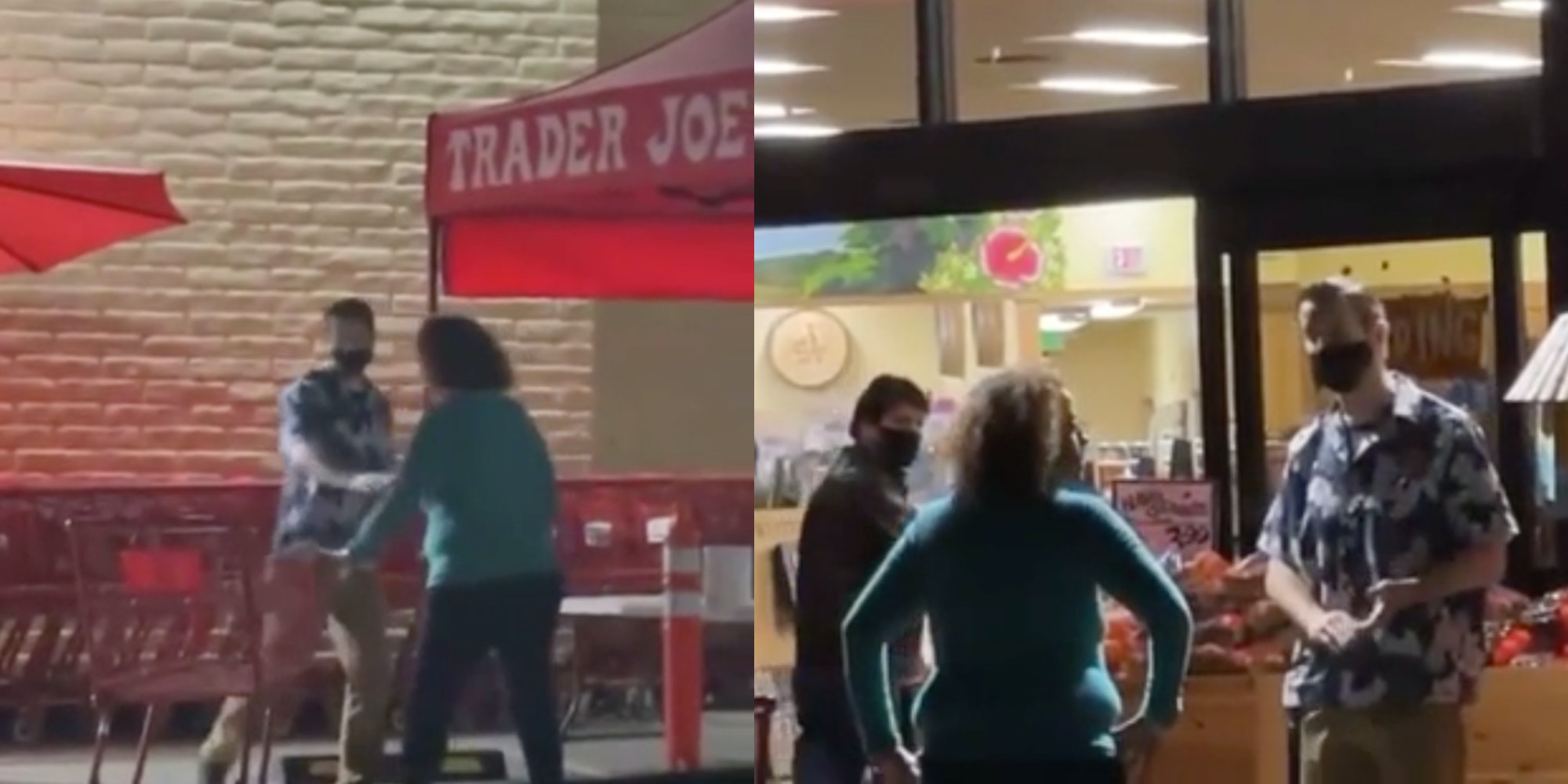 An anti-mask Karen has gone viral online after flashing an employee who refused her entry at Trader Joe’s.

Footage of the incident, posted to Reddit’s highly-popular r/FuckYouKaren forum, begins as the unidentified woman argues with an employee.

During the back-and-forth, the irate woman can be seen grabbing a shopping cart before attempting to make her way inside without a face covering.

Other shoppers look on as the woman continues her tirade, outraged that the private business has opted to enforce mask rules designed to protect customers amid the coronavirus pandemic.

As the employee further explains the store’s policy, the impatient woman suddenly lifts up her shirt and exposes her bare chest.

The man filming the incident from his car responds in disbelief over the bizarre encounter.

“What the fuck was that?” he says. “I just needed some juice.”

The clip was also met with a wide range of reactions on Reddit, where users stated that they had expected the woman to make a racist remark, not expose herself to grocery shoppers.

“I was waiting for N-words, not knockers,” u/gordielaboom joked.

Others questioned why incidents involving Karens always seemed to occur at Trader Joe’s. Earlier in January, a manager at a Trader Joe’s in Oregon went viral after shutting down an entire horde of anti-mask Karens.

A California woman was also reportedly banned from Trader Joe’s for life after harassing a manager over the store’s mask policy.

But it’s not just Trader Joe’s. Anti-mask Karens have been causing a scene all across the country at coffee shops, dog parks, and food establishments since the pademic began.

The post Karen flashes people at Trader Joe’s after being refused entry appeared first on The Daily Dot.