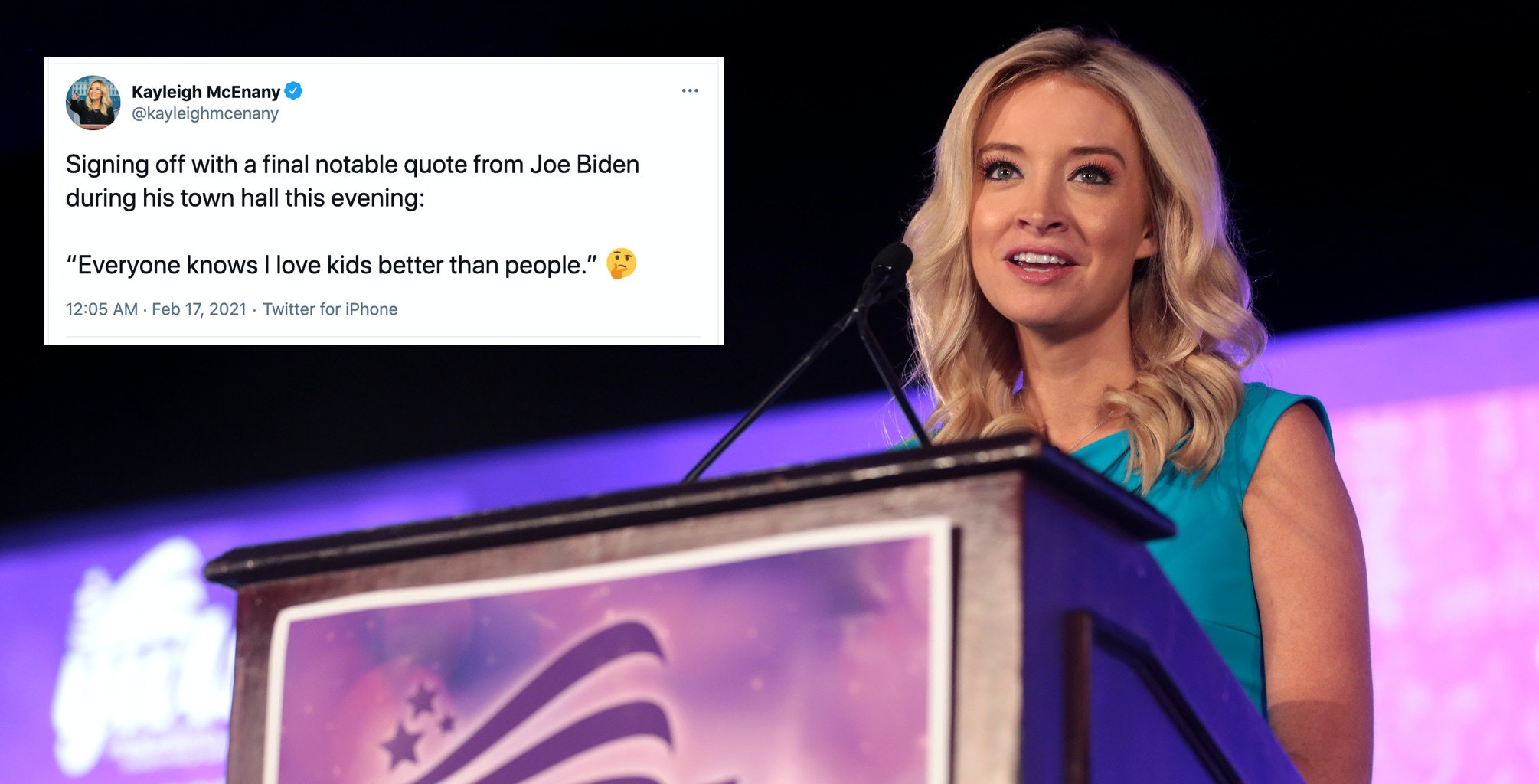 But to former White House Press Secretary Kayleigh McEnany, it was to openly flout on national television that he was secretly a sadistic pedophile.

Biden concluded his town hall by saying that he loved “kids better than people.”

For Trump’s fervent QAnon-believing supporters, who are prone to latch onto any inconsequential detail and assume it’s part of a larger conspiracy and proof of demonic possession, Biden saying he liked kids was a major reveal.

And they got a huge boost from McEnany, who tweeted the quote with a thinking emoji.

“Signing off with a final notable quote from Joe Biden during his town hall this evening: ‘Everyone knows I love kids better than people,'” she wrote.

Was she worked up about him not saying adults, saying it was a sign of Biden’s mental decline that he doesn’t know kids are people, too? Or was she tossing a huge bone to Q supporters?

According to CNN’s Jake Tapper, a White House official said she knew what she was doing with the insinuation.

McEnany denied it, saying she was criticizing his “Mexico City policy etc”

But as noted by Media Matters Al Kaplan, the damage was already done, with Q supporters latching on to it.

McEnany’s denial rings hollow, given that her former boss, President Donald Trump, retweeted claims Biden was a pedophile in the run-up to the 2020 election.

The post Kayleigh McEnany’s ‘kids’ tweet a huge nod to Q crowd that thinks Biden is a pedophile appeared first on The Daily Dot.