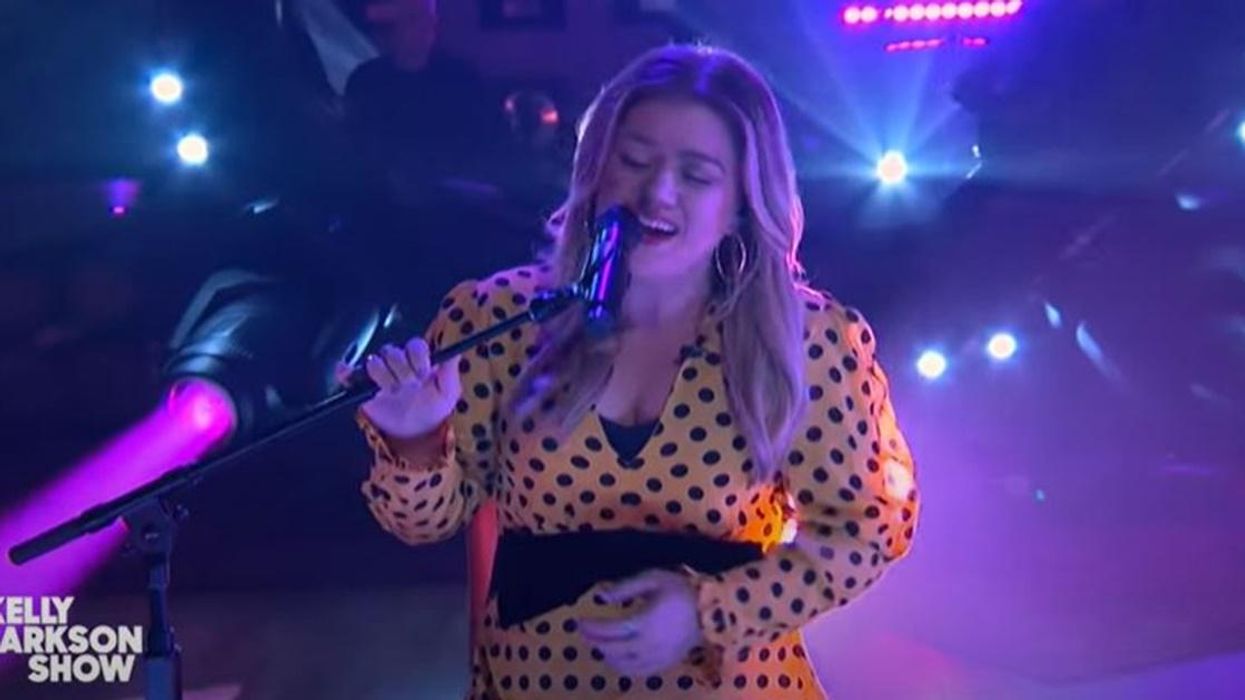 America’s original idol, Kelly Clarkson, put a powerful spin on No Doubt’s breakthrough hit, 1995’s “Just a Girl,” on her talk show Monday. She slowed down the tempo, added some strings and a menacing keyboard, to give the song a haunting sound.

The original version was peppy and sarcastic with Gwen Stefani singing in a faux pouty voice until the chorus in which she goes full ’90s girl power.

Clarkson sang the new version during the “Kellyoke” segment of her talk show where she covers some of her favorite songs. Check out the moment 58 seconds in where she holds the final note on the line, “That’s all that you’ll let me be.”

“Just a Girl” was the first single released from No Doubt’s breakthrough “Tragic Kingdom.” It was written by Stefani and guitarist Tom Dumont and was the first song she ever wrote without the help of her brother, and former No Doubt bandmate, Eric Stefani.

Eric would go on to a successful career as an animator working on shows such as “The Simpsons” and “The Ren & Stimpy Show.”

Stefani wrote “Just a Girl” after her parents reprimanded her for coming home too late from her bandmate Tony Kanal’s house. She then talked to her sister and female friends to gather examples of how the world patronizes women.

“I just wanted to write a song to express how I was feeling in that moment and I never in my wildest dreams thought that anyone would hear it,” she said, according to People.

“I remember coming up with every single line [and] I have a really bad memory but I really, really remember that moment and feeling I could really relate to myself and this song … I felt like it really echoed exactly how I felt,” she said.

The song was also notable for its video featuring Stefani dressed as a glammed-up tomboy in Southern California skater garb.

While Stefani’s version has a playful air about it, Clarkson has a completely different approach. She sings it as a sincere expression of how women are oppressed. Her dramatic take on the line, “Oh, I’m just a girl, all pretty and petite / So don’t let me have any rights” makes it feel like even more of a feminist anthem.

Clarkson’s version clocks in at under two minutes and has left a lot of people wanting more. At the time this article is published the video is closing in on 500,000 views, so let’s hope this inspires her to do a full version. It would also be fun to hear Gwen Stefani tackle the Clarkson arrangement.

Veterans across the country are struggling to find stable housing. This affordable housing community is ensuring Los Angeles vets have a place to call home.
Dad’s genius iPhone video hack is a gift for every parent out there with young kids
Advertisement