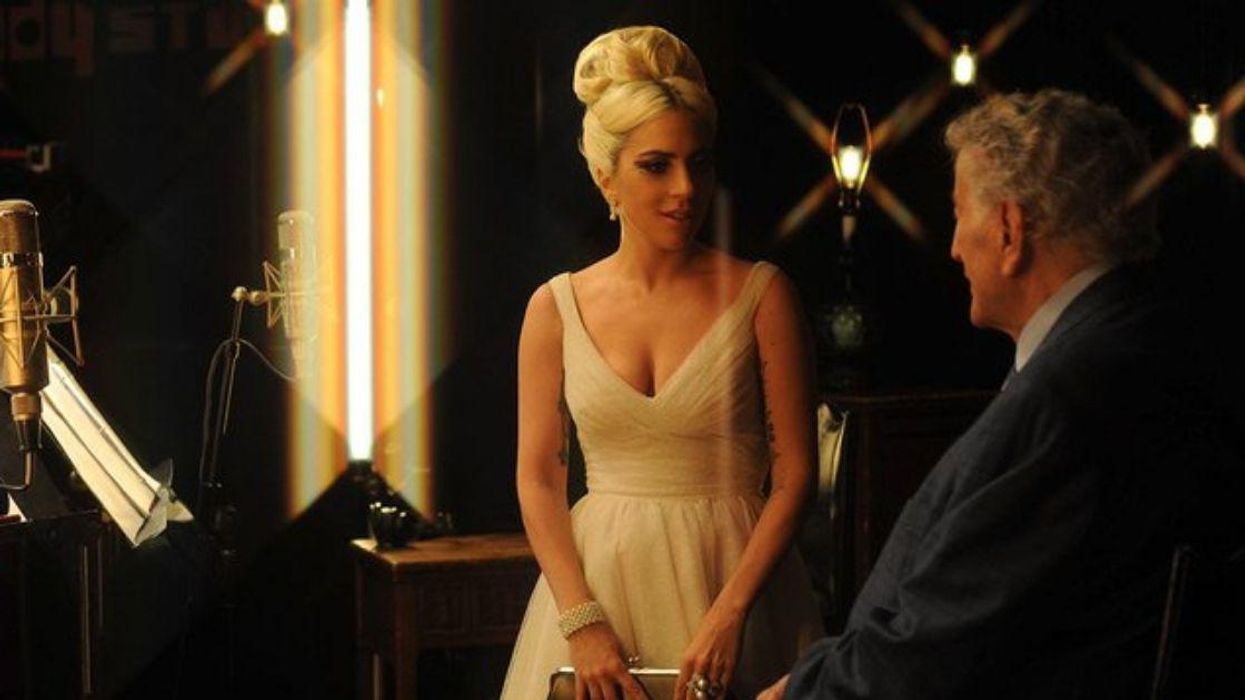 Lady Gaga first met Tony Bennett a decade ago, hanging out backstage during a New York City gala performance. The two became “fast friends” and unlikely singing partners, recording and touring live together. Their 2014 duet album “Cheek to Cheek” debuted at number one on the Billboard charts, capturing the hearts of multiple generations. Gaga has often spoken fondly of Bennett in interviews, and for the past two years, the duo has been working on a new album together.

But a newly revealed development puts that endeavor into a whole different light: Bennett’s wife and son have publicly announced that the legendary 94-year-old jazz singer was diagnosed with Alzheimer’s disease in 2016.

In the latest issue of AARP magazine, writer John Colapinto describes meeting Bennett recently in the New York apartment he shares with his wife and primary caregiver, Susan. The picture he paints in the article is a familiar one for those who have experienced a loved one’s cognitive decline—alternating expressionless reactions and moments of lucidity with no seeming rhyme or reason. Susan says he can thankfully still remember family members, but he’s not always sure of what he’s doing or what’s happening. “Mundane objects as familiar as a fork or a set of house keys can be utterly mysterious to him,” Colapinto wrote.

Susan told AARP that they are fortunate in that her husband has tons of support and is able to still live a relatively normal life as his memory deteriorates. She wasn’t sure if he was going to be up to the task of recording an album, but they decided to try. Music is a surprisingly powerful tool for people with Alzheimer’s—even patients with severe and advanced dementia can have memories triggered with music—so Bennett’s neurologist encouraged him to continue making music for as long as he enjoys it.

So that’s what he’s done making this new album with Lady Gaga, which is set to be released this spring. However, he won’t be able to promote it himself through interviews or tours like he normally would. Even during the recording sessions, the evidence of his illness hit hard when he wasn’t singing, as Colapinto shared:

“In raw documentary footage of the sessions, he speaks rarely, and when he does his words are halting; at times, he seems lost and bewildered. Gaga, clearly aware of his condition, keeps her utterances short and simple (as is recommended by experts in the disease when talking to Alzheimer’s patients). ‘You sound so good, Tony,’ she tells him at one point. ‘Thanks,’ is his one-word response. She says that she thinks ‘all the time’ about their 2015 tour. Tony looks at her wordlessly. ‘Wasn’t that fun every night?’ she prompts him. ‘Yeah,’ he says, uncertainly. The pain and sadness in Gaga’s face is clear at such moments — but never more so than in an extraordinarily moving sequence in which Tony (a man she calls ‘an incredible mentor, and friend, and father figure’) sings a solo passage of a love song. Gaga looks on, from behind her mic, her smile breaking into a quiver, her eyes brimming, before she puts her hands over her face and sobs.”

Lady Gaga and Tony Bennett have made a new album together, recorded through Tony’s battle with Alzheimer’s. This pa… https://t.co/oDRbox9xfb

Watching the mind of a loved one slip away is grueling to the point of feeling cruel. There’s no other way to put it. The friends and family of the approximately 5 million Americans who live with Alzheimer’s can attest to how hard it is, especially when the cognitive decline leads to forgetting even the most intimate of relationships.

The difficulty of Alzheimer’s makes it hard to destigmatize the disease. People should know that it’s not an immediate death sentence and that people can live a quality life with the support of their loved ones long after they’ve been diagnosed. We don’t need to hide away people with dementia—but we do need to understand how to interact with them as well as what to expect and not to expect.

And sometimes people with Alzheimer’s can surprise us. Susan said that despite the obvious cognitive decline, Bennett was still able to perform his music flawlessly, right up until his last public performance in March of 2020, when the pandemic put a halt to concerts. She said that he could seem very confused about where he was and what was going on backstage before a performance, but as soon as he heard “Ladies and gentlemen — Tony Bennett!” he would stride out on stage, smile at the audience, and sing his heart out like he’d always done. During every performance the past four years, Susan would worry he’d forget a lyric or get confused on stage. “I was a nervous frigging wreck,” she said. “Yet he always delivered!”

The entire AARP article is worth a read, as it profiles Bennett’s illustrious career, his life before and after his Alzheimer’s diagnosis, and how his family is handling the changes in him. It also includes some valuable information about dementia for people who are going through similar changes with their loved ones.

As the world awaits the release of the Tony Bennett and Lady Gaga collaboration, Bennett’s family and friends await the inevitable. Susan indicated that she’ll know the end is nearing when Bennett stops singing altogether. “Singing is everything to him. Everything. It has saved his life many times,” she told Colapinto, before once again pointing to the power of music.

“There’s a lot about him that I miss because he’s not the old Tony anymore,” she said. “But when he sings, he’s the old Tony.”