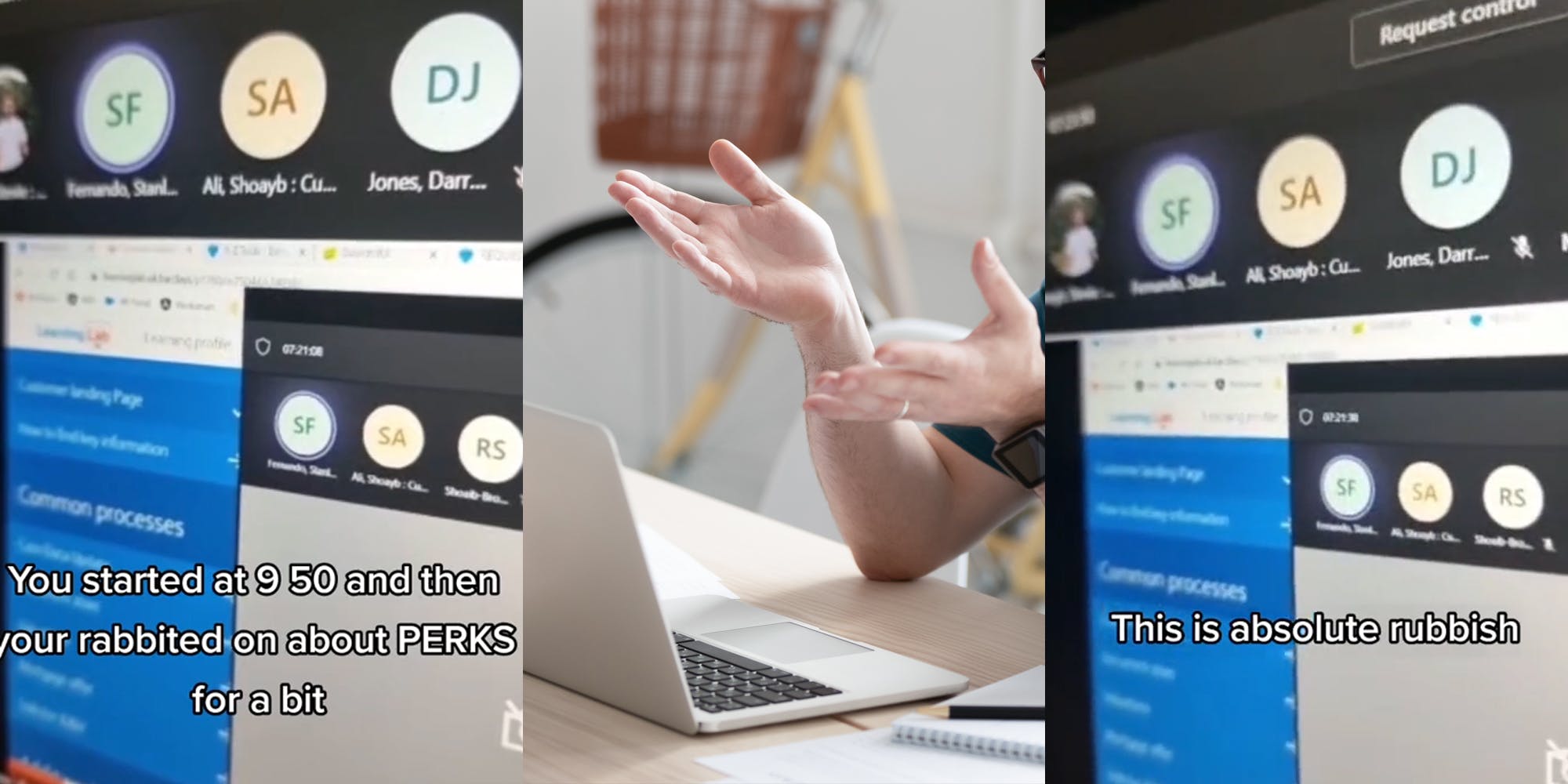 A user on TikTok has gone viral after sharing a rant that took place over a company Zoom call.

In a video with over 2.1 million views, TikTok user @_wrapz5 publishes a recording of a rant from a man named Stanley, who seems to quit by the end of the call.

“I think you should be ashamed of yourself after the training you put us through,” Stanley tells someone who appears to be a trainer. “You started at, what, 9:50 today? Some of us were on the laptops at 8:30. You started at 9:50 and then you rabbited on about perks for a bit.”

“Well why didn’t you start at 9 o’clock with us?” interjected Stanley.

“Because there are other tasks that took priority,” defended the trainer. “I.e., trying to get other people—”

“Well, why didn’t you explain that to us? Why did we have to waste time? Why do you go quiet when we talk — just sitting in variable moments of silence with you throughout 7 and a half hours a day for, what, 130 Pounds?” Stanley questioned. “This is absolute rubbish. It’s absolute crap and it is a shambles. I wish more people here would have the guts to say that…”

The TikToker then says that Stanley resigned following the call.

In the comments section, many users supported Stanley.

“Stanley is the voice of every worker,” wrote one user.

“Stanley was ready to jump ship anyway. So he chose violence,” another added.

“We all need a Stanley on our teams,” a third shared. “You go Stanley.”

However, some users said Stanley should have been content to get paid for doing little to nothing, as his rant implied.

“Stanley needs to understand that you work smart and not hard,” a second echoed.

The Daily Dot has reached out to @_wrapz5 via Instagram direct message.

The post ‘Long live Stanley’: Worker goes on a rant against trainer while on company Zoom call before quitting appeared first on The Daily Dot.

‘What did you think was gonna happen?’: Customer wears red hoodie to Target, everyone thinks he works there
‘I have proof’: Worker says she was fired after being accused of calling out to go on a date
Advertisement