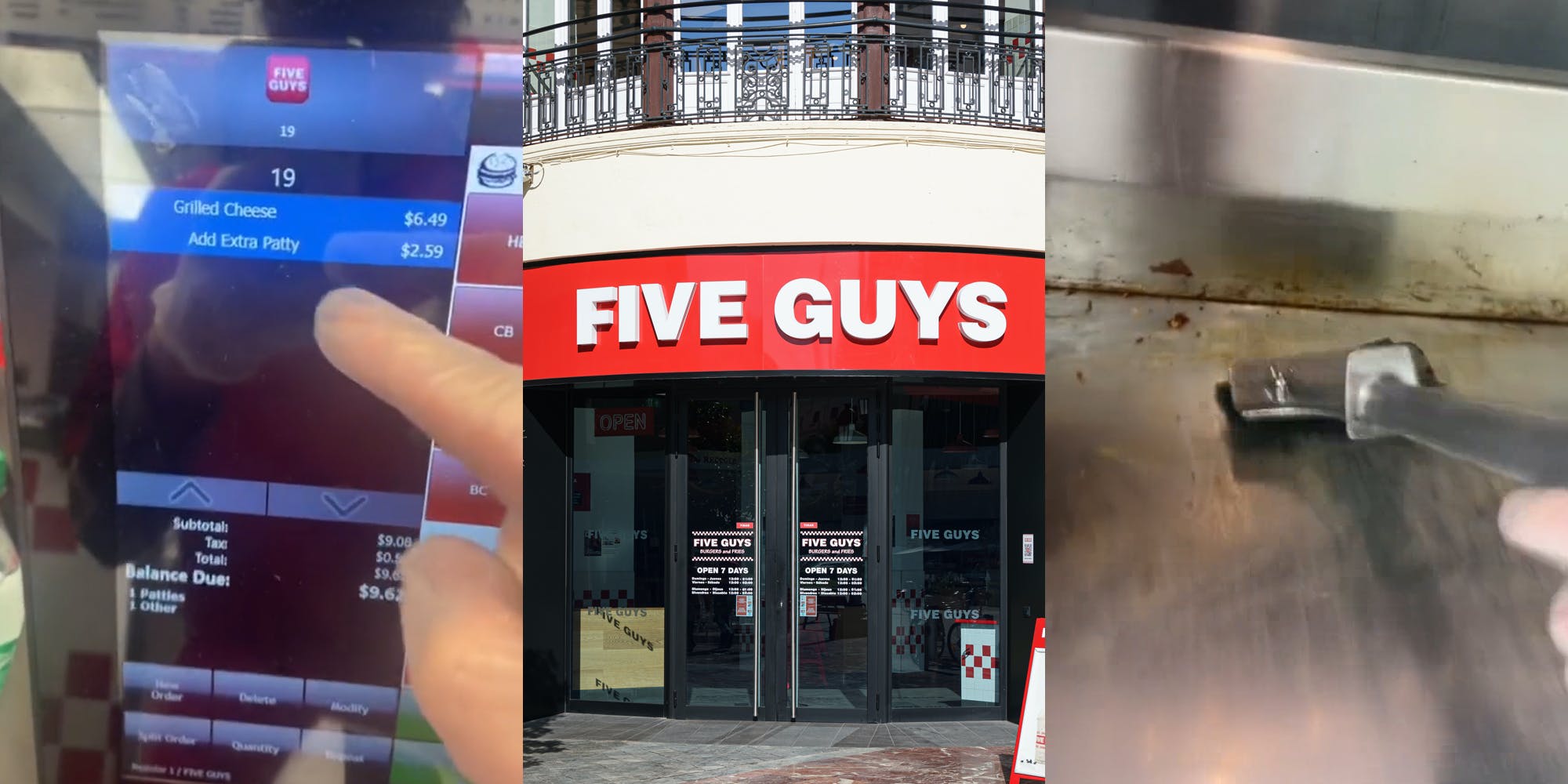 “Secret menu” hacks are nothing new and have impacted number of food and beverage chains from Starbucks to Chipotle. Although the supposed “hacks” may help alleviate costs for customers, they sometimes can present a headache for employees tasked with fulfilling customer requests, as seen in a recent TikTok about Five Guys’ “grilled cheeseburgers.”

In a video viewed over 40,000 times, a Five Guys employee named Brenden (@goooooots) can be seen urging customers to hold off on ordering the restaurant’s grilled cheese with an extra patty, claiming that it’s a pain for employees to clean up after cooking.

“Look at all this shit I gotta clean off the fucking grill because you [people] can’t fucking stay [away] from your stupid ass menu hacks,” Brenden says in the clip. “It’s a pain in my ass to make. Don’t fucking order it. Don’t do it.”

Brenden is seen scrapping the grill in the video as he’s talking, although it appears there’s not much food residue present, which seemed to confuse some viewers.

“I think the funniest part is the fact there really wasn’t much that they had to scrape off the grill,” a commenter said.

This is not the first time a worker at Five Guys has called out customers for ordering the grilled cheeseburger. A separate TikTok video that went viral in September, showing a person eating the burger hack for the first time, seems to have prompted many customers to order the fast food delicacy at the chain’s different locations.  The grilled cheeseburger or “patty melt” also seems to be a staple on Five Guys “secret menus” found online.

Some commenters seemed to poke fun at Brenden complaining about having to clean up the grill at his job.

“Man, imagine having to use a grill at a hamburger place,” one commenter said.

Others said the TikTok just motivated them even more to order the meal.

“Makes me want to go buy an overpriced burger to try this now. Thanks!” one user wrote.

Five Guys has not responded to The Daily Dot’s request for comment via email. The Daily Dot also reached out to Brenden via TikTok comment.

The post ‘Look at all this sh*t I gotta clean off the f*cking grill’: Five Guys worker urges customers to stop ordering grilled cheese ‘patty melt’ hack appeared first on The Daily Dot.

13-year-olds can be pushed videos about suicide within minutes of joining TikTok
EXCLUSIVE: ‘I feel robbed and dejected’: Read the furious messages Swifties sent to the FTC after Ticketmaster botched Taylor Swift presale
Advertisement