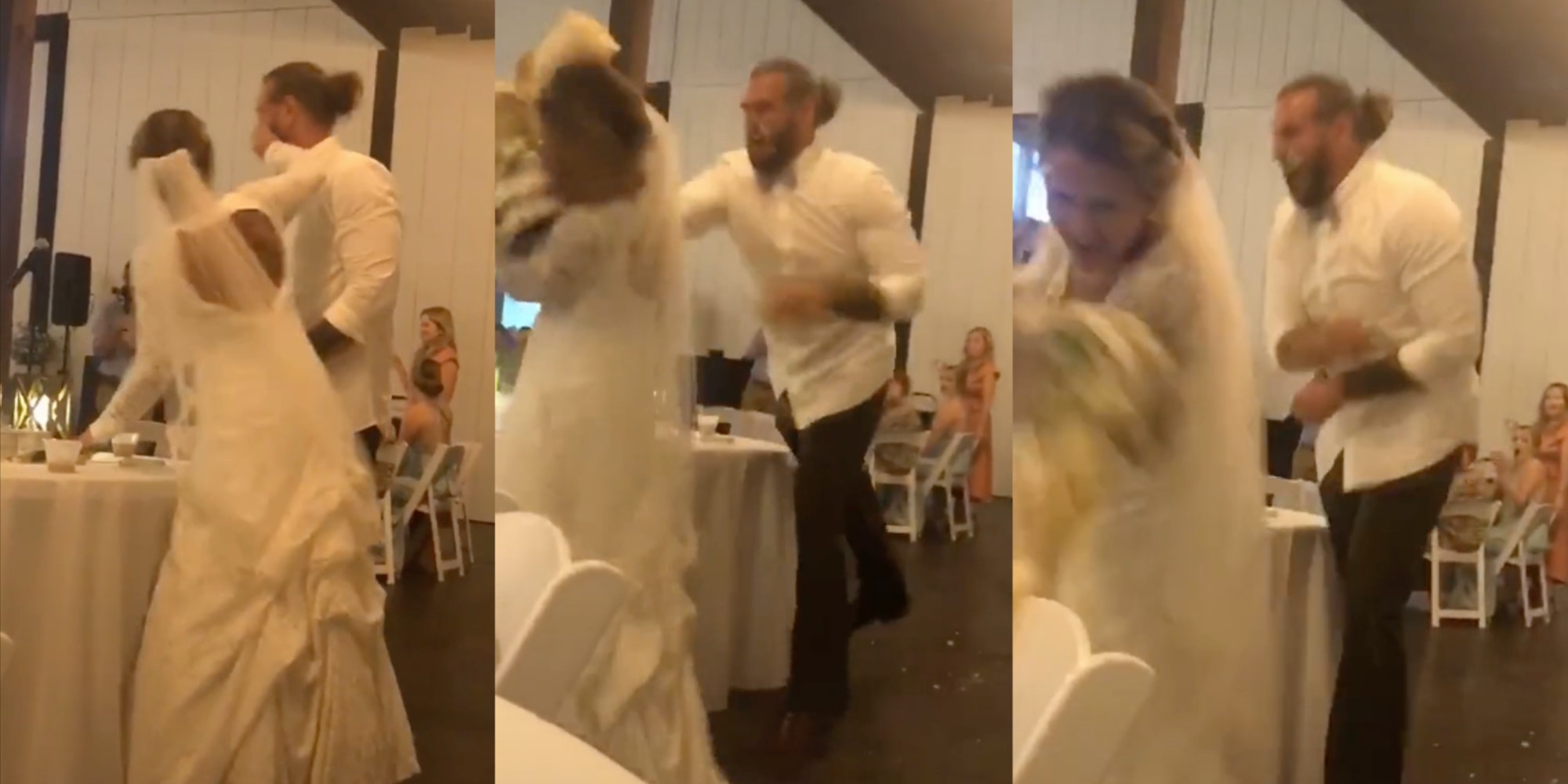 A woman is being urged to divorce her new husband after a video went viral of him “aggressively” throwing their three-tiered wedding cake at her head. The woman is now defending her husband against the critics on TikTok.

In the video, the bride, Kelsey Carson, can be seen playfully smearing a bit of icing on the face of the groom, Tony. In response, Tony picks up the entire three-tiered cake and throws it at Kelsey’s head, prompting her to stumble into some chairs.

TikTokers are calling the way Tony carried out the “wedding cake smash” tradition a red flag and are urging Kelsey to divorce him, according to screenshots captured by the Daily Mail.

Another commenter argued that Tony’s behavior was “not just aggressive but so embarrassing.” “If he’s comfortable doing that in front of all her friends and fam… scary,” they said.

The video has garnered 3 million views since being posted by Kelsey on Jan. 8. Kelsey has since turned the video’s comments off and updated her bio to say “A CAKE never hurt anyone,” complete with a crying laughing emoji. She also uploaded a portion of the video from a different angle, using the hashtags “coupleswhoplaystay” and “haters.”

While the majority of commenters seem to think that Tony’s behavior is indicative of something more sinister, some are siding with Tony and Kelsey’s defense of him, according to Yahoo! Sports.

“Y’all they are both literally laughing,” one TikTok commenter said. “He’s not angry! She even has happy posts of them both covered in cake.”