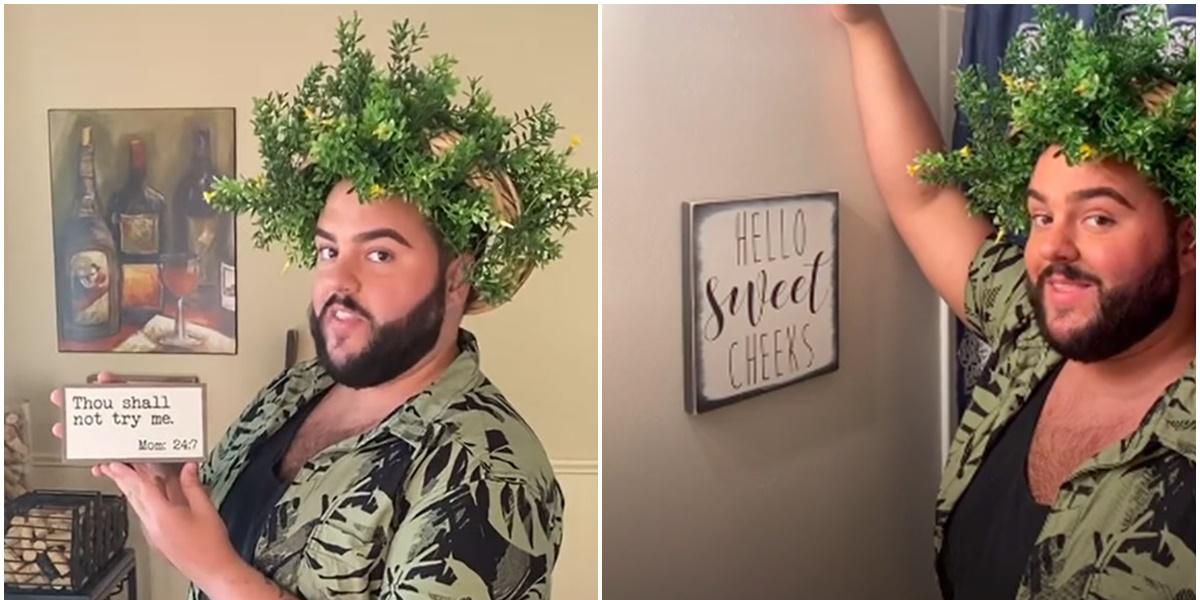 Everything that was once cool will at some point fall out of style. Then, in about 25 years, it’ll come back in again. One piece of home decor that’s rapidly falling out of fashion is word art.

You know, those wooden signs in people’s homes with down-home, kitschy sayings. These days, they’re easy to find at Target or Home Goods, but their days may be numbered.

“Word art is a trend that has been around for years — you won’t be stuck for wood motif options at home décor stores,” interior designer Zoe Warren told The Sun. “However, generic plaques reading ‘Home’ placed around your rooms lacks character and looks tacky. “

Millennials tend to be the biggest fans of word art and Gen Z has come after them by branding their particular taste as “cheugy.” The pejorative term has many different connotations, but fondness for word art is one thing that people who use the slang all agree on.

“If you’ve ever bought a wooden sign from Target that says ‘Gather,’ that’s cheugy,” Cnet says. Urban Dictionary defines the term as “another way to describe aesthetics/people/experiences that are basic.”

Makeup artist John Michael Baker decided to have some fun with his sister by posting a video showcasing the various pieces of word art in her home. The video is funny because word art has become so ubiquitous that pointing it out feels cathartic.

“Welcome to my basic white sister’s home,” Baker says as he throws one of her wreaths on his head.

The video was a huge hit earning over five million likes. So, two days later, he posted another dispatch from the mecca of word art.

Three days later, he posted another video revealing that there’s still more word art to be discovered in his sister’s home.

Just so nobody gets the wrong idea, Baker posted a video showing his love for his sister, reminding his followers that his videos are all in fun. “My sister is a bad b*tch,” Baker says, “I’m just a brother that likes to f**k with their siblings.”

In the end, Baker’s sister’s word art is all about making a positive statement about her home. It’s a fun place where people come together to live, laugh, and love. the artwork makes her family feel comfortable and visitors feel welcome, and there’s nothing wrong with that.

So if you’re like Baker’s sister and love word art, hang it wherever you like and don’t let anyone tell you you shouldn’t.