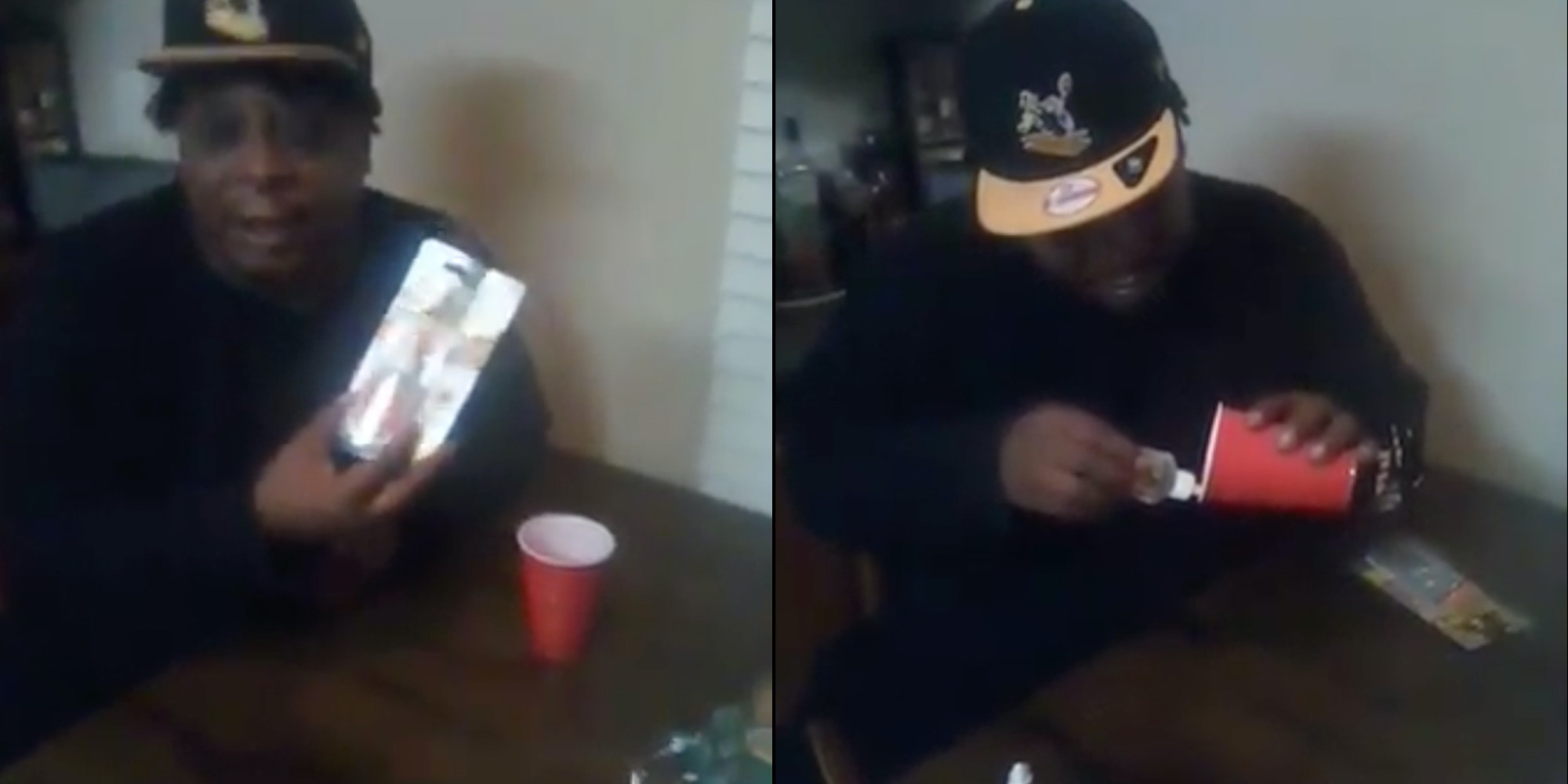 A Louisiana man who thought “Gorilla Glue Girl” Tessica Brown was “lying” about her plight ended up in the hospital after applying the adhesive to his lip.

Len Martin, 37, said applied the adhesive to himself after Brown to prove it was “not as serious as she tried to make it,” WKBN reports.

In a video, the aspiring rapper glued a red cup to his upper lip. He said he thought he could glue the cup to his lip and lick it right off.

Unfortunately, that wasn’t the case.

The 35-second Facebook video doesn’t show Martin’s face. He later revealed he was admitted into a hospital where a doctor performed a “painful peeling.”

“Everyone is on social media, every day there is a new challenge, but I did not think it would go this far,” Martin said. “This is definitely not one to try. Let’s just stop this now. … It’s very harmful.”

Martin’s stunt comes after Brown revealed she had her hair stuck solid for a month after using the glue as hairspray. Earlier Thursday, TMZ reported that the surgery to remove the sticky adhesive to her hair was successful.

Though Martin has participated in internet antics before—like the ice cream challenge where users lick a carton at the supermarket and put it back—he denied that he pulled his latest stunt for attention.

“I would never want to stick no Gorilla Glue to my lip and have it stuck there and go through all the situations that I had to go through,” Martin said.

The post Man accuses ‘Gorilla Glue Girl’ of lying, tries it himself—and ends up in the hospital appeared first on The Daily Dot.