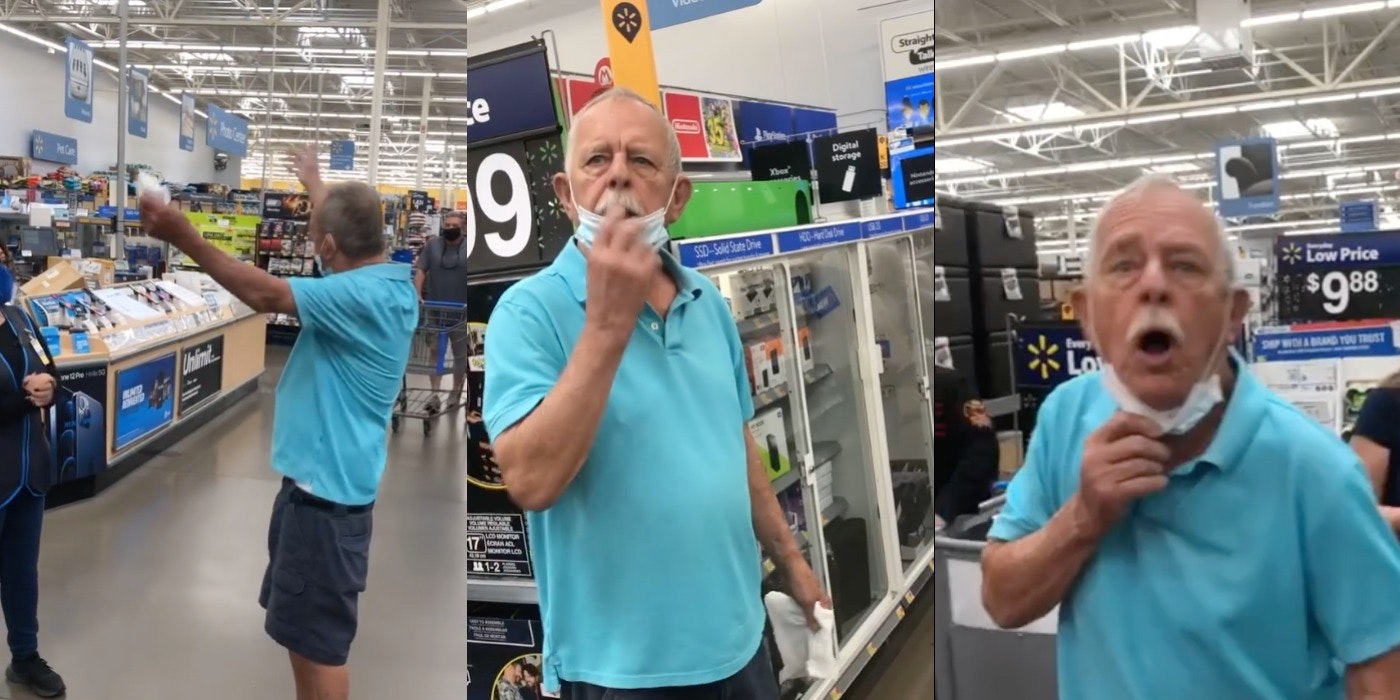 A TikTok video trending on Reddit shows a bystander defending a Walmart employee from a disrespectful male Karen, who later coughs in his direction.

The video was posted to TikTok and Instagram by Aspen Decker (@aspendecker) on Monday. The footage was later posted to Reddit’s r/PublicFreakout page.

There’s a one-way argument occurring in a Walmart in the footage; however, it’s difficult to understand why the customer is so irate. The male Karen appears to be upset at being accused of something he says he didn’t do.

“You don’t have nothing, lady,” says the Karen, mask practically off his face.

The Walmart employee apologizes for whatever made the man upset.

“Come on, Kim; we’re getting the fuck out of here,” he adds.

The videographer, who’s only filmed about half of the altercation, jumps in and asks the angry Karen what the problem is.

“What do you care?” the Karen quips.

“You’re disrespectful to a woman, dude,” he responds.

“That’s her job,” he says back, suggesting it’s entirely reasonable to run down on Walmart employees because you feel like it. “She’s not a woman or man; she’s an employee.”

They tell each other to “fuck off,” as the Karen’s wife tells him to leave the dustup be.

“You got some great manners. Put your mask up,” the videographer says. “How about I cough on you?”

The male Karen, choosing violence, then pulls down his mask all the way and coughs in his direction.

“You’re a great dude, aren’t you,” he responds as the altercation breaks off.

“Dehumanizing working people to justify his abusive behavior,” commented u/Overall_Society. “That tells you everything you need to know about why people like him think it’s okay to behave like this.”