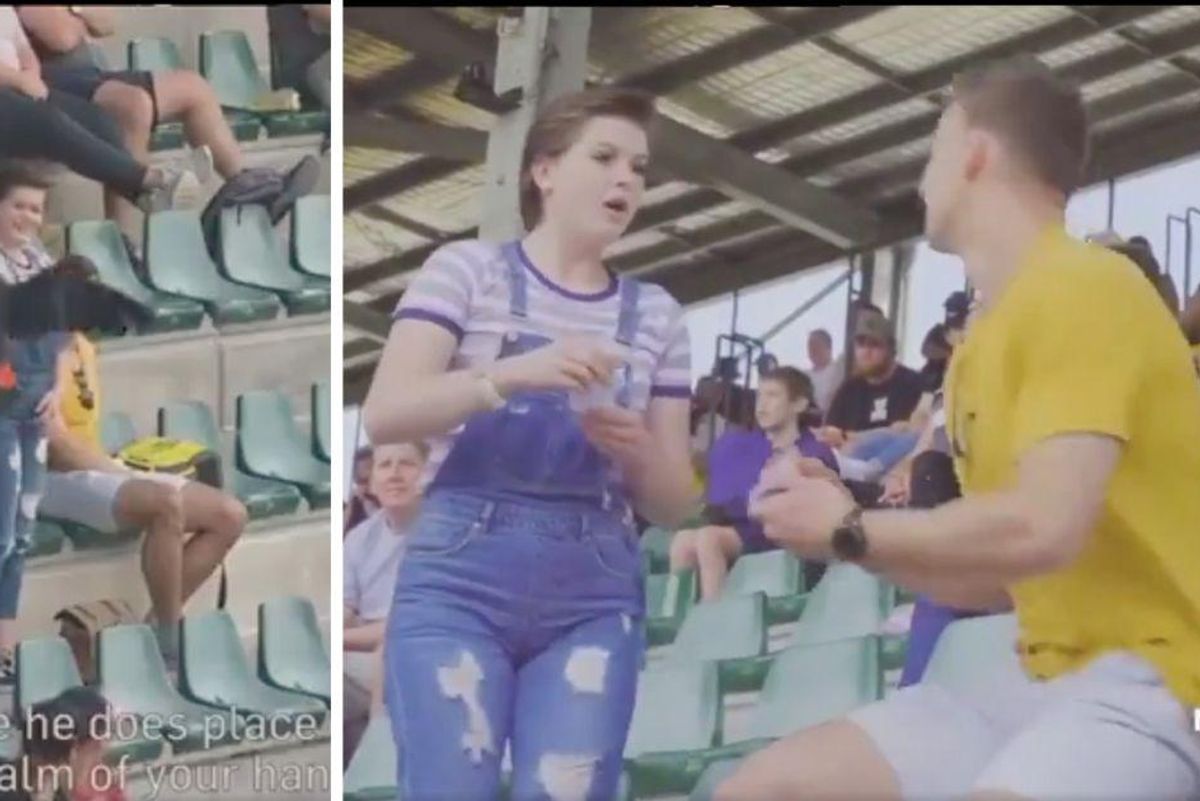 As we careen through the first few weeks of 2021, we could all use a feel-good story. And what’s better than a sweet proposal story to bring us all a bit of joy?

Jesse took his girlfriend Erin to a bird show at the Australian Zoo last week. (Since Australia has managed to control the pandemic, people are able to do such things. Isn’t that nice?) The bird handler introduced the audience to Euli, a red-tailed black cockatoo, then asked the audience for a volunteer. Erin stood up and waved her arms, and when she was chosen, she assumed she’d gotten lucky.

The bird handler had Erin pull out a five-dollar bill and hold it in her hand with her arm out. Euli, the handler said, would know exactly who to go to since she was holding the money. Sure enough, Euli flew up to Erin, took the bill from her hand, and flew back.

Then the handler said Euli was going to take Erin her “receipt.” The bird flew up, handed Erin a piece of paper. The handler told Erin to open it and read it, and that’s when she got the surprise of her life.

A groom-to-be has taken his marriage proposal to new heights, enlisting the help of @AustraliaZoo. Black cockatoo E… https://t.co/Z2IC8fptDf

The look on Erin’s face is classic as it sinks in that Jesse is proposing to her. (If you watch him carefully, you can see him pulling the ring from his pocket as she’s opening up the note.) She turns to look at him, and he smoothly goes down on one knee with the ring.

And of course—thankfully, because it would be really embarrassing if she didn’t—Erin said yes.

Clearly, if Jesse knew Erin well enough to know that she’d immediately stand up and wave both arms when a bird show emcee asked for a volunteer, he probably knew she was going to say yes when the bird handed her a proposal. Coordinating the surprise was the bigger issue, and he and the handler pulled it off beautifully.

Way to go, Jesse. We’ve seen some creative proposals before (Remember the guy who edited the Disney movie?) but it’s been a while since we’ve gotten to enjoy one of these in-public surprise moments.

And right now, we can all use this kind of wholesome feel-good story to brighten our day. Hugs and applause and all the warm gushy feelings. Congrats to the adorable young couple.