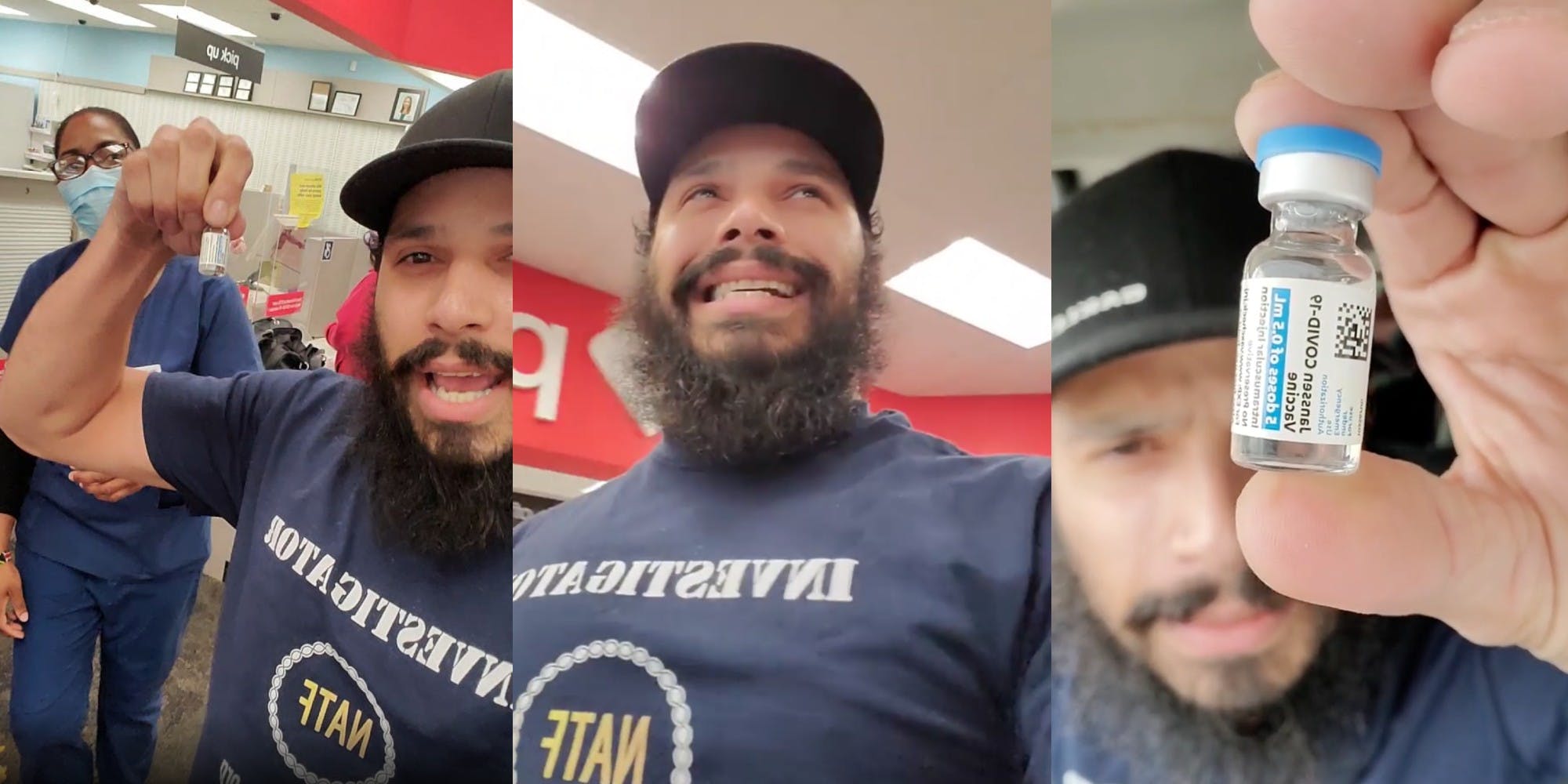 A conspiracy theorist in Minnesota allegedly filmed himself stealing a vial of the COVID-19 vaccine this week during a visit to a CVS pharmacy.

In footage uploaded to Instagram on Friday, the man, identified as Thomas Humphrey by Newsweek, can be heard talking with the store’s staff before asking to see the Johnson & Johnson vaccine.

Humphrey then proceeds to take the vial, which contains multiple doses of the vaccine, before stating that he intends to have it investigated in a laboratory.

“This is the vaccine in there? Thank you,” Humphrey says. “I will be taking my vaccine here, guys. We’re gonna go test this. We’re gonna bring it to the lab.”

Humphrey then removes his face mask while continuing his rant throughout the store.

“I’m gonna investigate. Here, we’ll trade,” he says. “You can take the mask, and I’ll be taking the vaccine here.”

A CVS worker then attempts to retrieve the vial from Humphrey, who goes on to falsely claim that the vaccine is “poisoning people.”

“Don’t touch me. This is my vaccine, guys,” he says. “This is poisoning people, so, uh, just taking my vaccine. …We outta here.”

Humphrey eventually leaves the store and gets into his car, where he then appears to suggest that the vial was not the first that he has stolen.

“Glad they didn’t lock the doors on me. She didn’t wanna let me get it,” he says. “But I got it again, guys! It’s the Johnson & Johnson one. I had to finesse that one a little bit.”

According to TMZ, Humphrey is also accused of stealing a vial from a clinic the day prior.

While filming in his vehicle, Humphrey further states that he believes the police were likely called over the theft.

“Seems like they were expecting me or something. Praise the lord, guys; I got a full vial this time—full vial,” he says. “And, uh, they’re definitely calling the cops. But, uh, let’s check it out… yep Janssen COVID vaccine. All right. To the lab, we go.”

Although some reporting suggested that Humphrey was arrested for the thefts, TMZ reported that the man was arrested on Thursday for a totally unrelated matter.

“He was booked for unrelated charges of obstructing legal process, operating a motor vehicle without plates and registration and driving on a suspended license,” TMZ reported.

Humphrey was reportedly released from jail that same day, which suggests he stole the second vial from CVS just one day later.

The Daily Dot reached out to the Anoka County Sheriff’s Office, which reportedly initially arrested Humphrey, but did not receive a reply by press time.

The post Man films himself stealing vial of vaccine from CVS to ‘test it’ appeared first on The Daily Dot.