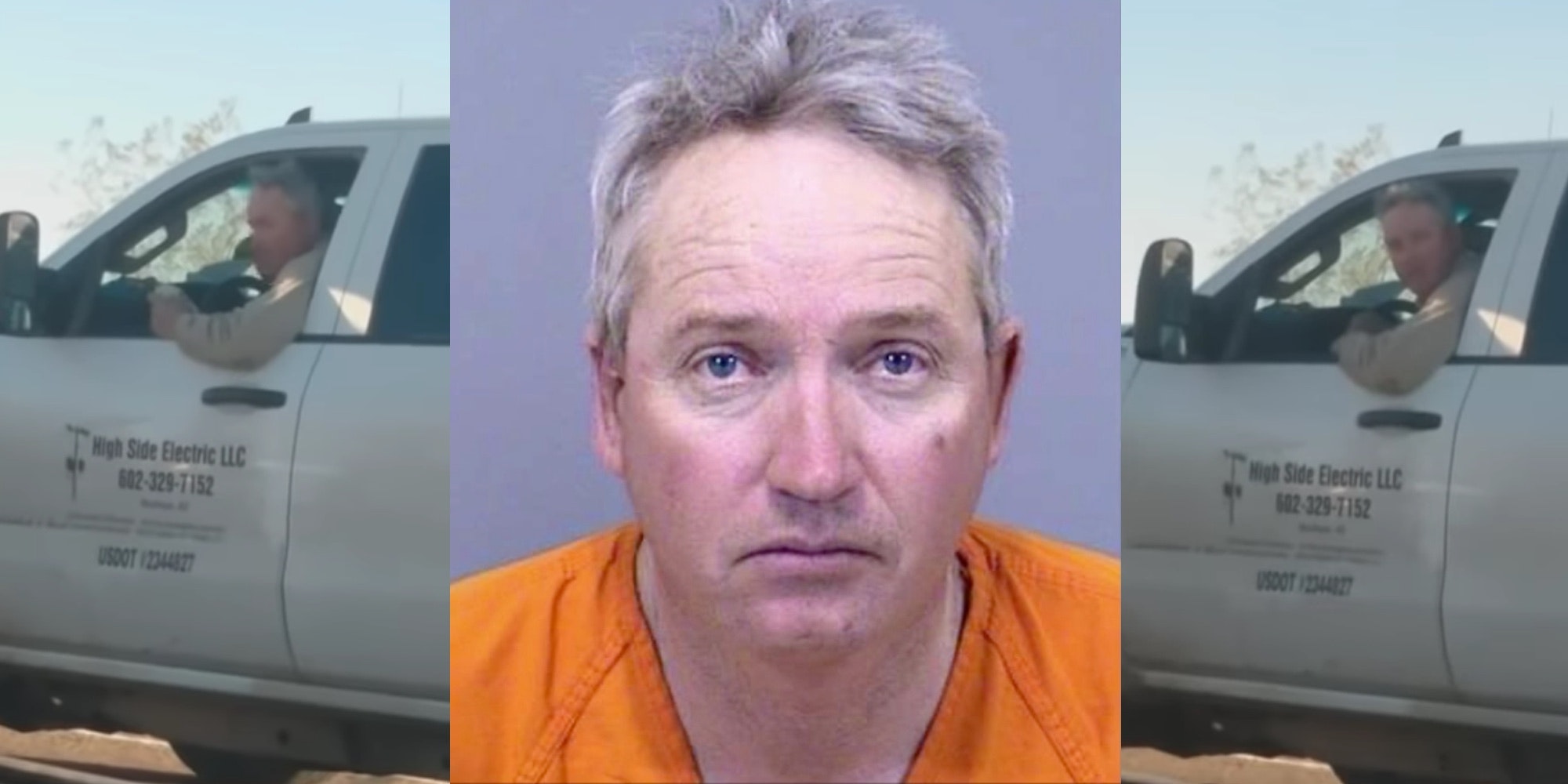 An Arizona man was arrested after being caught on video berating people at a food drive.

As struggling families waited in line to receive assistance from a church food drive in Arizona, Ryan Bryson pulled up alongside them in a white pickup truck bearing the name of his company, High Side Electric, LLC.

“Get a f*cking job!” he can be heard screaming in the short clip shared with the local CBS affiliate. Someone responds, to which he yells back: “Then why are you waiting in line for free food?”

One family that was subjected to Bryson’s taunts while in line spoke with Arizona’s Family after the fact, under the condition of anonymity.

“He looked at my son and told him that his parents were pathetic and couldn’t afford to feed him,” said one of the parents. “At that point, all my manners went out the window.”

The news organization also spoke to someone who identified himself as the person in the video. He said that he stands by what he said and believes the people in line “should be ashamed of themselves.”

The ongoing pandemic has shifted an excruciating number of families into financial instability, and exacerbated the economic issues of those who were already struggling before COVID. The idea that people needing occasional help to feed themselves and their children is somehow a moral failing due to not wanting to work is an outrageously simple-minded and callous perspective.

Adding to the absurdity of Bryson’s cruel behavior, a Buckeye company operating under the name High Side Electric, LLC received a forgivable government loan of over $86,000 related to COVID relief, according to publicly available records.

The Maricopa County Sheriff’s Office received several complaints about the incident, and Bryson was ultimately arrested for disorderly conduct on Friday.

The post Man screams ‘get a f*cking job’ at families in food drive line—his company took a loan from the government appeared first on The Daily Dot.