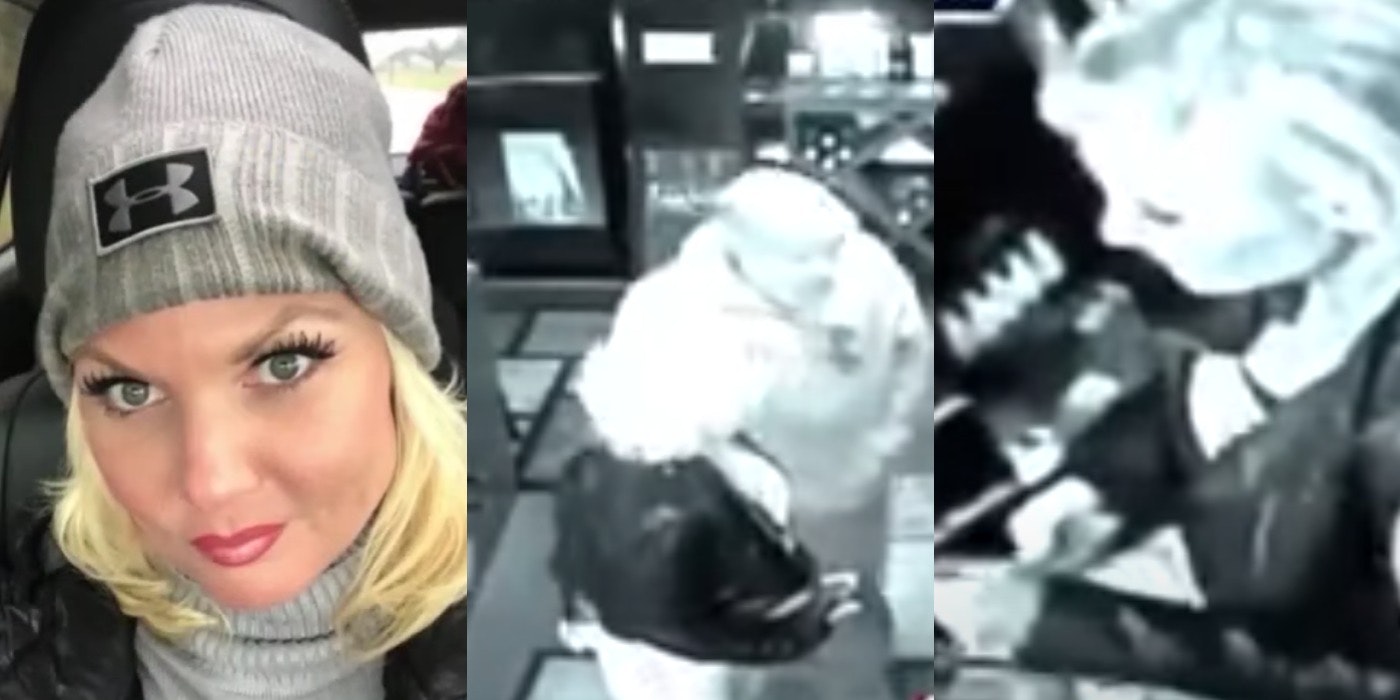 A former campus police officer convicted of manslaughter in his wife’s death, an adult model who posted suggestive photos on OnlyFans, was sentenced to 16 years in prison Monday.

William Jeffrey West, 47, was given credit for the three years he’s already spent incarcerated since his arrest in the murder of his wife Kathleen Dawn West, 42.

Kat West was found dead in January 2018 in front of the couple’s suburban home in Calera, Alabama, a town 30 miles south of Birmingham. According to an ABC News report, she was slain with a blow to the head from an absinthe liquor bottle, prosecutors argued. However, Jeff West’s defense contended “she died in an accidental fall after a night of heavy drinking.”

According to an al.com report, Jeff West’s prints indicated he held the bottle in “an inverted position,” suggesting he had carried the bottle upside down. A forensic witness also showed evidence of Kat West’s blood on the bottle, a towel from the couple’s master bathroom, a white tank top retrieved found in a laundry basket.

Jurors also viewed screenshots of text messages between the couple, including from the previous December and the week leading up to her death. The texts are circumstantial but implied marital discord.

The defendant responded, “Baby, I want you. Do you want me? We really never talked after NYE.”

She later wrote: “You’re throwing almost 14 years of marriage away Really? That’s what I mean to you.”

According to al.com, following a family meet-up and dinner, the couple went to a local liquor store for whiskey and Lucid-branded absinthe. After another stop, West told police they came home and had approximately six drinks.

Additionally, he told authorities that she changed into lingerie for the photos. He claims he went to sleep at around 10:30pm. West stated he slept until 5:15am, awoken by his dogs barking at police outside his home. However, prior testimony from his Health App data exhibited movement from 11:03pm until 11:10pm.

West also revealed his wife’s bisexuality to lead investigator Calera Sgt. Mike Mehlhof, including that they had discussed her having physical relationships with other women.

“She liked girls,” Jeff West stated, according to al.com. “She recently wanted to look into the lifestyle.”

West also told Mehlhof that he had hit his wife once in self-defense several years ago and had no issues with her OnlyFans work. He said they had not argued the night before she was found dead.

Per the report, at the sentencing, Shelby County Circuit Judge Bill Bostick told West, a former campus officer at Birmingham-Southern College, that he failed to accept responsibility in his wife’s murder: “For your own reasons you don’t intend to do that, so the jury had to do that for you.”

“He has always been my shield against the world,” she told Bostick. “Please give me my father back as soon as possible.”

West’s mother Sue West and mother-in-law Nancy Martin both testified in support of the defendant.

“We have lost a daughter,” Martin. “Their daughter does not need to lose a father.”

The post Man sentenced to 16 years for the death of his OnlyFans star wife appeared first on The Daily Dot.