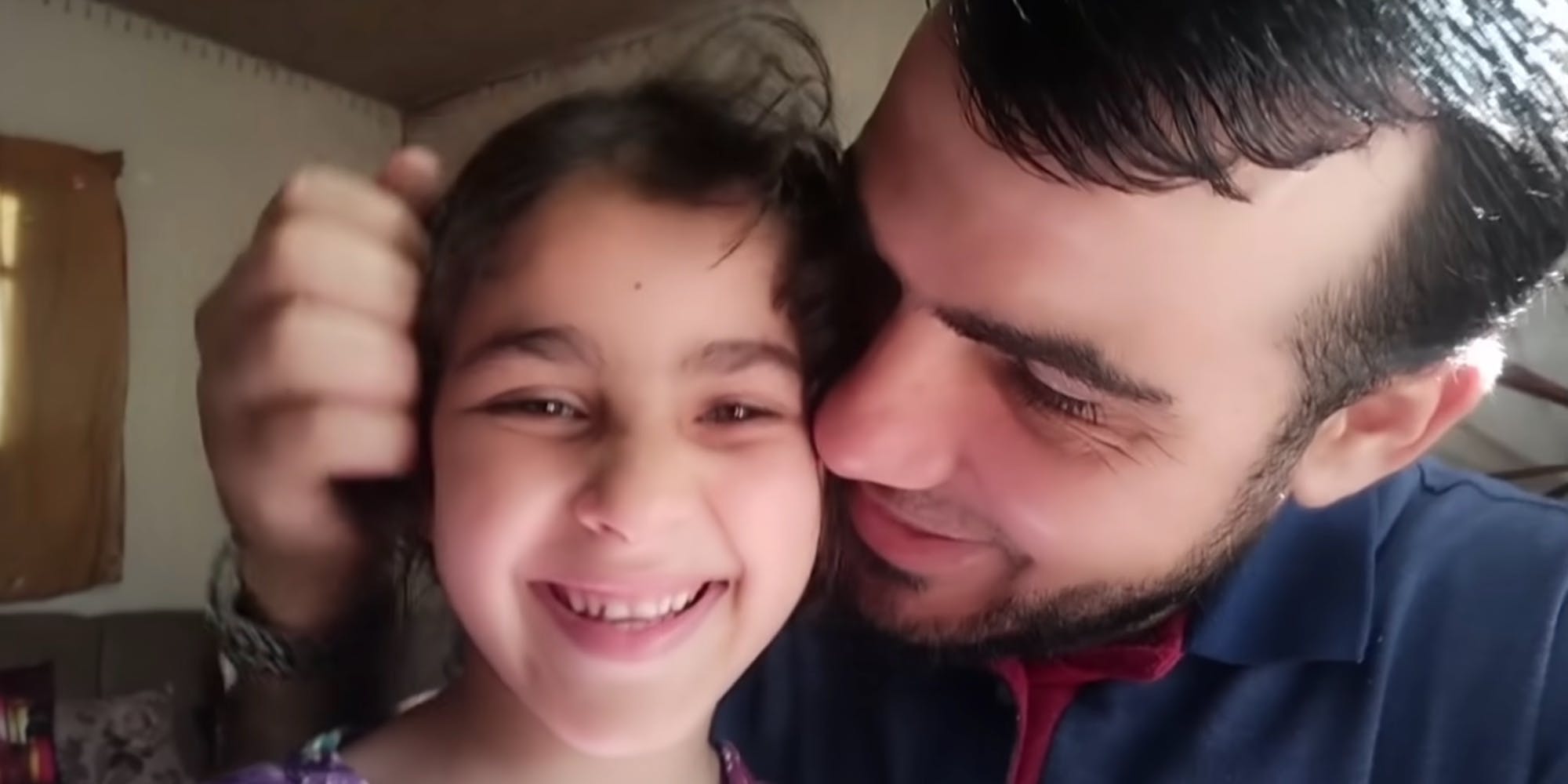 A father who recently recorded a YouTube video with his children trying to distract them from the ongoing threat of bombs falling in Gaza was reportedly killed just two days later.

A video uploaded to his daughters’ YouTube channel on May 12 features Ahmad Mansi heading to the market to buy toys for his three kids, who he notes are scared and sad because of the shelling happening around their home.

“Hala is sad because of the shellings, so today I’m trying to please her,” reads an English translation of Mansi’s on-screen conversation with his youngest daughter. “Today I’m going to buy you some toys, God willing.”

After Mansi returns home, the footage of his children playing with their new toys looks like a random home video, until the sound of an airplane flying overhead sends the girls running for shelter.

The video ends with the devoted dad comforting his girls and telling the camera they can’t continue recording anymore.

A Twitter user shared that both Mansi and his brother Yousef were killed in an Israeli airstrike just two days after the video was posted. According to a report from the nonprofit Euro-Mediterranean Human Rights Monitor, a pair of brothers with the same names were killed on May 14.

Mansi’s death and the story surrounding it have resonated with people online who are calling for an end to the Israeli airstrikes.

Current estimates suggest at least 192 people have been killed in the Gaza Strip by Israeli forces in the past week, including at least 58 children. Sunday saw the most deadly strike yet, with 42 people killed.

The post Man tries to distract his children during Gaza bombings in YouTube video—he died 2 days later appeared first on The Daily Dot.

How to stream MTV Movie and TV Awards 2021
Weekend update: Chick-fil-A review-bombed after Black worker speaks out in viral video and more
Advertisement