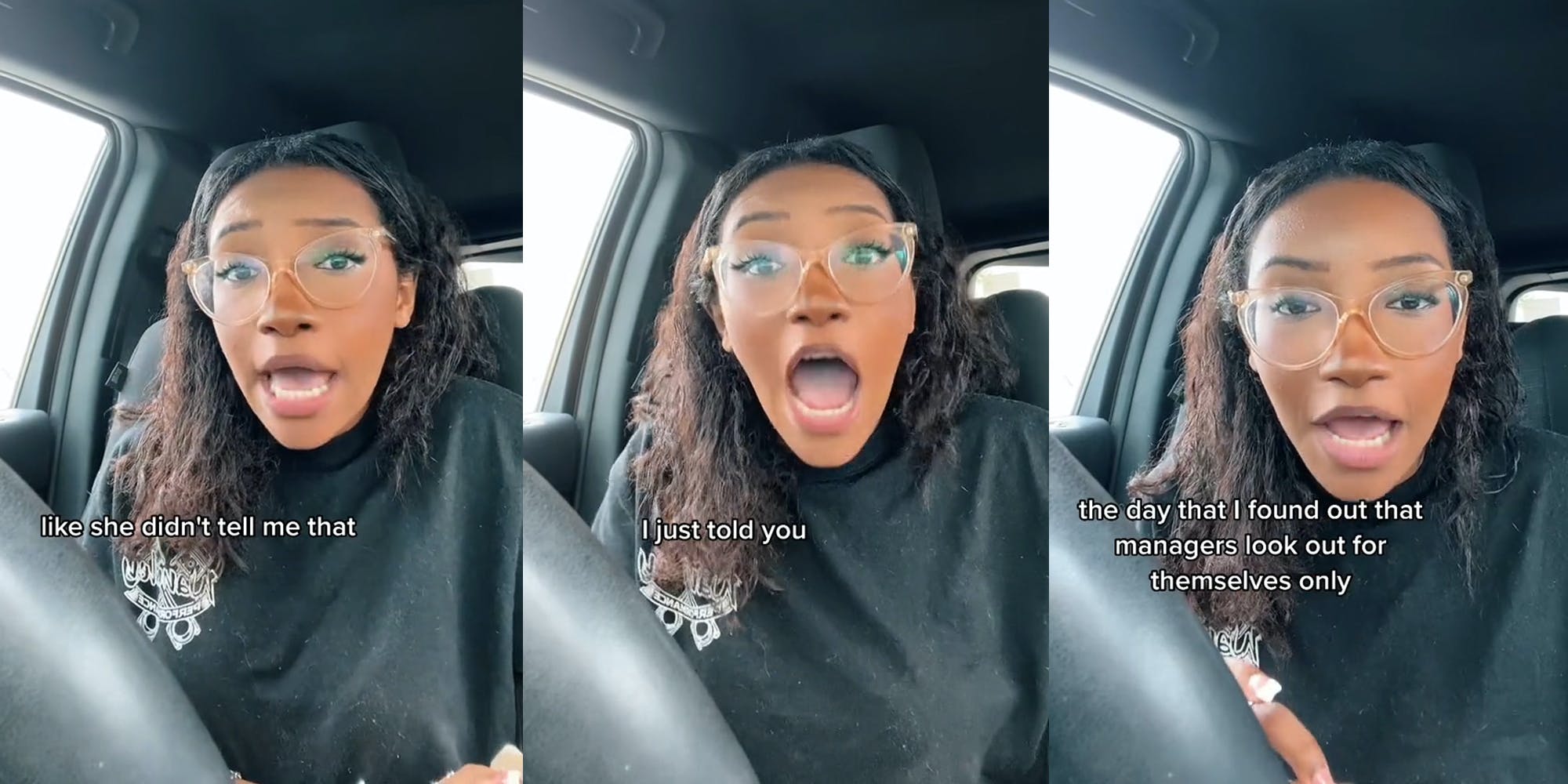 As the saying goes, employees don’t quit their jobs, they quit their managers. This adage rings true for many workers who have had the unfortunate experience of dealing with a bad manager. From micro-managing to lack of support, bad managers can make the workplace a stressful and unhappy environment.

In one such example, a restaurant server on TikTok shared a frustrating interaction with their manager, who allegedly threw her under the bus after a regular customer was unhappy with the timing of their food.

@madisonchurbe never trusted anyone after this, but the lesson of that was learning what select course actually did lmao #server #storytime ♬ Escapism. – RAYE & 070 Shake

In the video, user Madison (@madisonchurbe) says the customer requested enough time between their salad and the main course to eat. However, the TikToker forgot to select the appropriate option on the order, so the customer’s salad and main course were served at the same time.

She then approached her manager to explain the situation and have them apologize to the customer. Instead of addressing the problem, Madison claims the manager denied knowing about the issue and blamed her in front of the customer.

Madison expresses her frustration with the manager’s behavior and how it made her feel.

“I’m like looking at her, and I’m like, Bitch, are you serious? I just told you in the fucking back, I told you every detail in the back, and not only that but that’s what you respond with?” the TikToker says. “You didn’t say ‘Oh, like, she’s new, like, she’s still learning’ and let alone, you threw me onto the floor after like my online training, [I didn’t] get to figure out seat numbers, nothing.'”

She concludes, “So after that, I ain’t trust no more managers ever again.”

Madison did not state at which restaurant the incident took place.

Her video has since gone viral, accumulating over 277,900 views since it was shared Dec. 3. In the comments section, several viewers their own experiences with unreliable managers and offer their support to the TikToker.

“Managers will stiff you when they can no longer use you,” one commenter said.

“Never be a managers friend! I was with mine and she told everyone my secret that I thought I trusted her with” another shared.

“As a manager, I can’t fathom letting anyone be abused. Job will never pay enough.” a third user added.

The Daily Dot has reached out to Madison via email.

The post ‘Managers look out for themselves only’: Server says manager threw her under the bus right in front of customer appeared first on The Daily Dot.