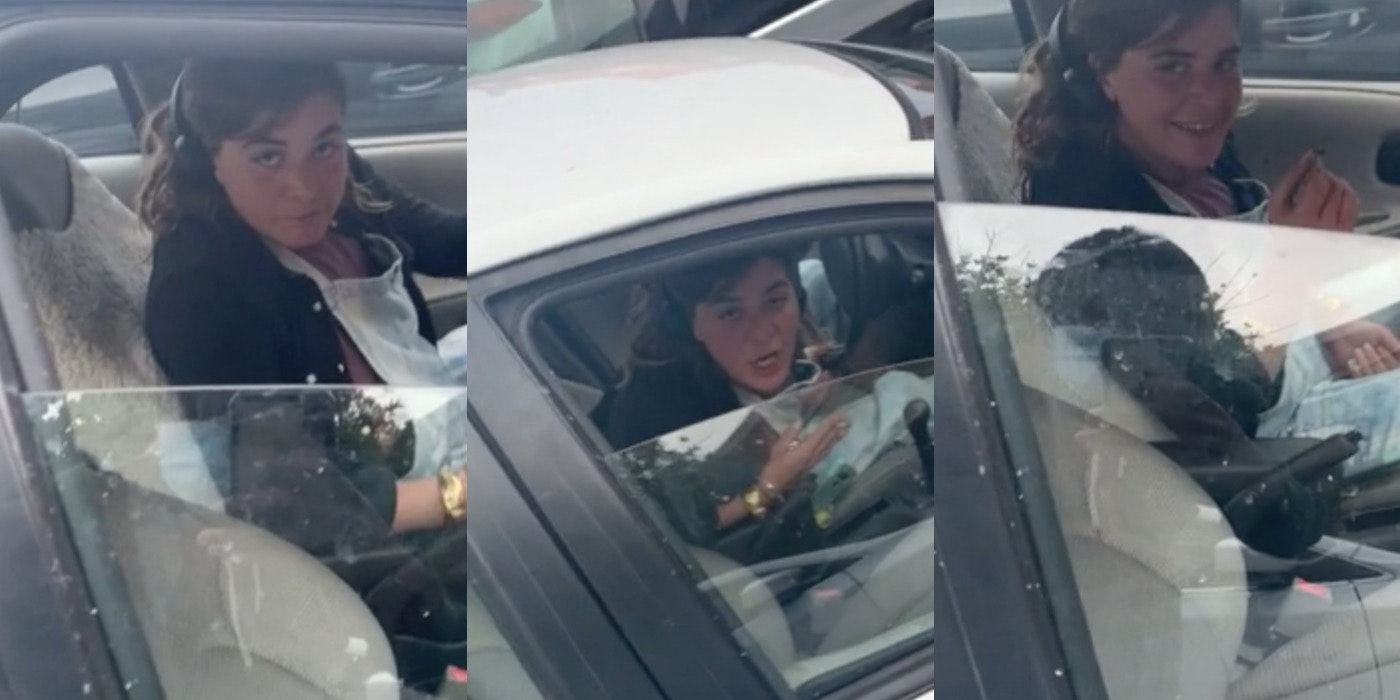 A Reddit video shows woman dubbed a “Karen” yelling the N-word at a Black man who parked beside her. But if comeback even made her laugh.

Redditor u/drewcisse23 uploaded the 30-second video to Reddit’s r/PublicFreakout page. An unseen man is recording the woman smoking in her car near Woodstock Pizza in San Diego. It appears that they’re in the middle of a confrontation and that the woman has already said a racial slur.

“Repeat that, repeat it,” the man behind the camera says.

“You ain’t nothing but a cousin fucker,” the man fires back. The comeback not only shuts her up but even appears to make the woman chuckle.

“You said that I drive a nicer car than you?” the man says.

The woman then flicks her half-smoked cigarette at the man.

“Oh, you got terrible aim,” he quips. “Your cousin teach you that while you were fucking?”

Another woman then arrives out of frame and says the police are on their way. “We’ve already called the cops on her,” the woman says. “She’s a nutcase.”

To redditors, it was clear that the man outwitted the woman.

“Lol after that cousin bit, no comeback,” one user wrote. “Shit even she thought it was funny.”

User u/SweetDick_Willy added: “‘You got me there’ – Cousin Fucker.”

The post Man’s comeback after being called N-word even makes racist woman laugh appeared first on The Daily Dot.