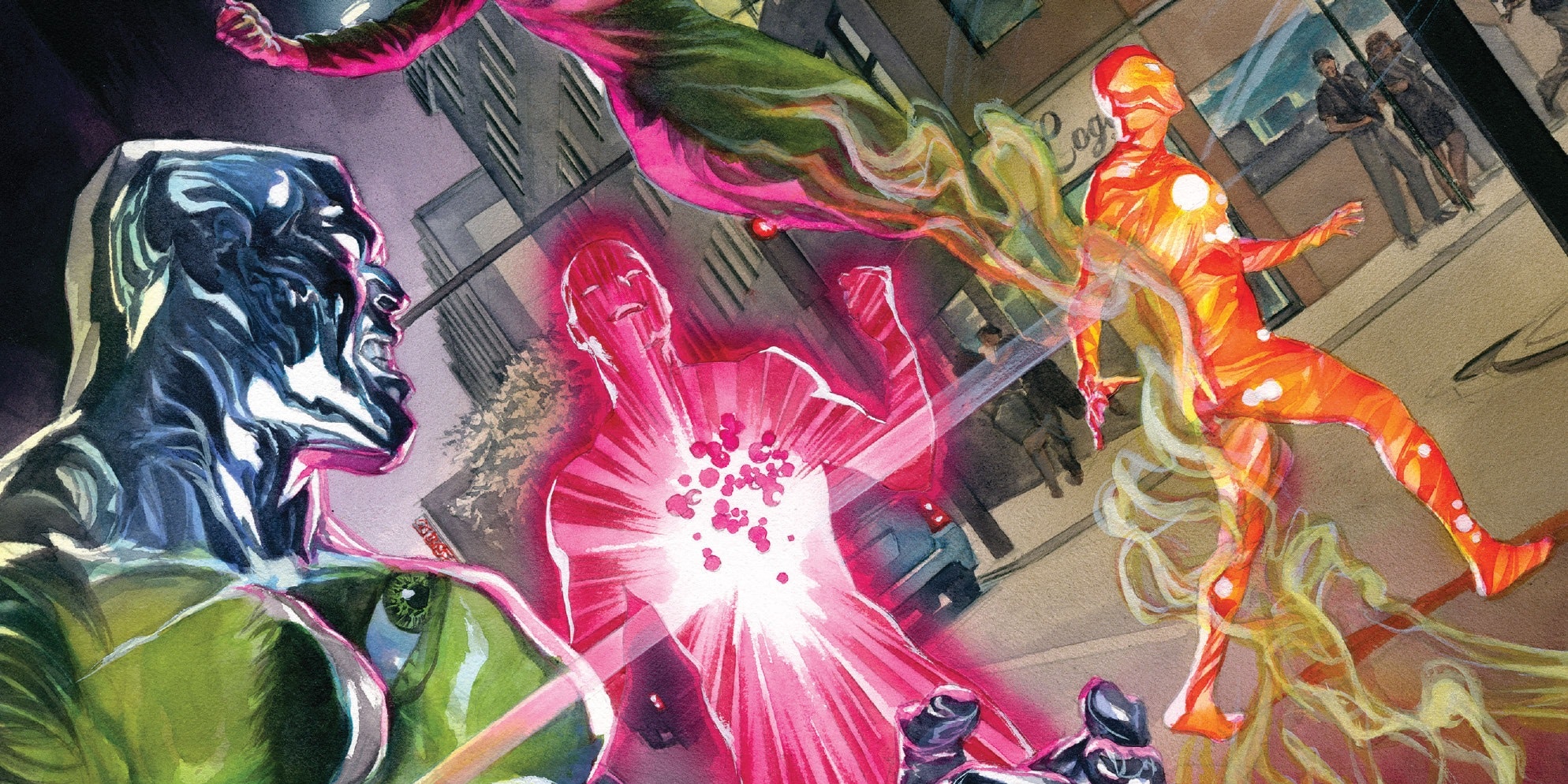 The latest issue of Marvel‘s Immortal Hulk garnered negative attention on Wednesday after readers noticed anti-Semitic imagery in one of the panels. It looked like a classic dog whistle: something subtle enough to fly under the radar among non-Jewish readers, while feeling obvious to anyone familiar with anti-Semitic tropes. The scene in question involves two characters having a conversation in a jewelry shop. In the background, the window depicts a Star of David and the store’s name, “Cronemberg Jewery”—without an “L.”

As critic Zach Rabiroff explained in the blog ComicsXF, “This is a visual play on the old and anti-Semitic trope of Jews running the diamond business: a centuries-old cliché rooted in stereotypes of Jewish merchants as unscrupulous profiteers willing to do business with shady criminals (which, indeed, the shop is doing in this scene).” He added that the addition of the word “Jewery” made this artistic choice an overt statement.

Like all comics at a major publisher like Marvel, Immortal Hulk has an extensive creative team. The two headliners are writer Al Ewing and artist Joe Bennett, working with inkers Ruy José and Belardino Brabo, colorist Paul Mounts, and letterer Cory Petit. They are overseen by several Marvel editors. So this comic was read and edited by multiple people before going to print, although the fault lies specifically with artist Joe Bennett—a long-established DC/Marvel artist who previously caused ripples of controversy by making a transphobic comment and supporting a violent attack against the journalist Glenn Greenwald.

After numerous fans spoke out on social media, Marvel released a statement from Bennett, saying that the anti-Semitic imagery was accidental. “I have no excuse for how I depicted the Star of David,” Bennett wrote. “I failed to understand this troubling and offensive stereotype, and after listening to you all, I now understand my mistake. This was wrong, offensive, and hurtful in many ways.” He explained that the name of the jewelry store (Cronemberg) was an homage to the filmmaker David Cronenberg, and that the misspellings on the window were “an honest but terrible mistake.”

Marvel added that the publisher “fully acknowledged this mistake was missed on our side as well, and that we’re correcting the art in digital, future printings, and collections.”

Bennett’s excuse is plausible given the fast turnaround for Marvel comics. Artists are under pressure to meet tight deadlines, and background art often includes minor errors. But at the same time, plausible deniability is exactly how dog whistles work. An effective dog-whistle functions on multiple levels: It offends the target, it sends a message of allegiance to other bigots, and it’s subtle enough that critics can be accused of overreacting when they point out the problem. So for some readers, Bennett’s explanation is hard to swallow. And this wouldn’t be the first time an artist deliberately snuck a bigoted message into a Marvel comic.

Back in 2017, artist Ardian Syaf included an offensive coded reference in an X-Men comic, tying into anti-Semitic and anti-Christian sentiments in his home country of Indonesia. He also included the number 212 (referencing Indonesian political protests) beside the Jewish character Kitty Pryde, who stood in front of a jewelry store where the “jew” part of the word was prominently displayed. This was an elaborate and intentional dogwhistle that attracted media attention and led to Syaf being fired. As an industry insider, Joe Bennett would undoubtedly have known about this controversy at the time.

Many comics fans are especially attuned to this kind of subtext because the industry is in the midst of a years-long culture war involving sexist, racist, and transphobic abuse. Echoing Gamergate, the Comicsgate movement has a history of harassing marginalized creators. Overlapping with far-right politics, this movement includes established creators who previously worked for Marvel and DC. Meanwhile, those publishers haven’t put much meaningful effort into protecting vulnerable employees from harassment. And at the height of this controversy, Marvel promoted a new Editor-in-Chief who had a bizarre scandal in his past: He’s a white man who pretended to be Asian in order to circumvent Marvel’s editorial rules, publishing comics under a Japanese pseudonym. So for some fans, it’s hard to muster any goodwill toward Marvel’s editorial choices.

In the case of Immortal Hulk #43, it’s possible that Joe Bennett just made a uniquely tone-deaf mistake. But if that’s true, then the problem lies with Marvel’s editorial team. They failed to notice an issue that offended readers within hours of the comic’s release, bringing back memories of a widely-publicized anti-Semitism scandal involving similar imagery.

The post Marvel called out for anti-Semitic imagery in ‘Immortal Hulk’ comic appeared first on The Daily Dot.