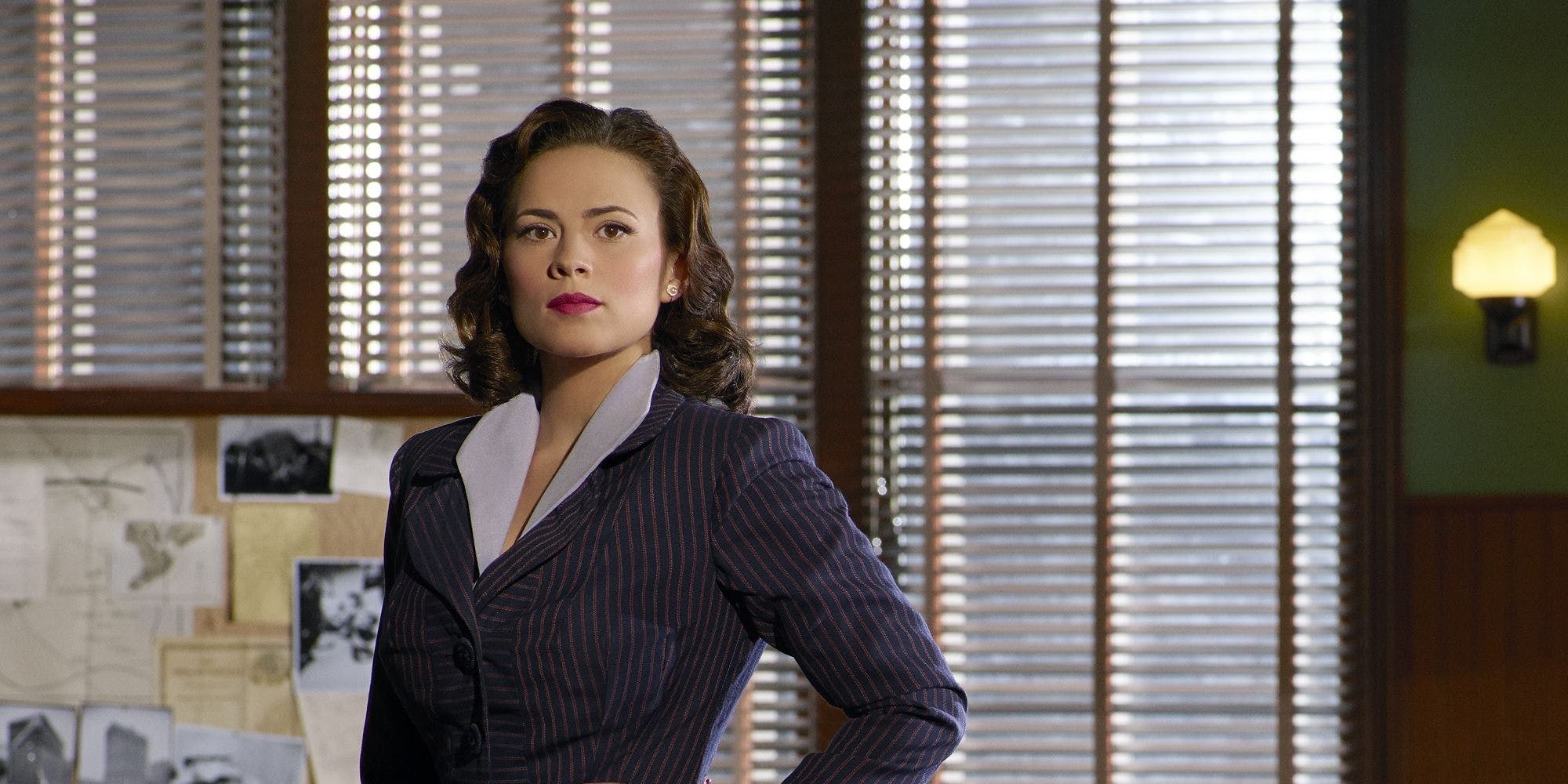 Did Peggy Carter (Hayley Atwell) make a split-second appearance in the first episode of Loki? It’s certainly possible, and if true, it says some interesting things about her role in MCU canon.

This theory all comes from a brief moment in the background of one scene, when Loki is attempting to flee the TVA (Time Variance Authority). The TVA is a kind of detention center for people who messed with the “sacred timeline,” plucked out of space and time by TVA agents and forced to stand trial. We see various other arrestees while Loki is there, including a dark-haired woman in a blue outfit being brought into the facility. Eagle-eyed fans immediately began to wonder if this was Peggy. She does have the right hairstyle and silhouette!

On the one hand, this would be an extremely obscure way to introduce this kind of big-name cameo. It kind of seems like wishful thinking! On the other hand, Peggy Carter is exactly the kind of character who might pop up in a story about branching timelines in Marvel’s multiverse.

Best known for the Captain America movies, Peggy also starred in the beloved TV spinoff Agent Carter. However, this show (like Agents of S.H.I.E.L.D. and Marvel’s Netflix franchises) is not technically part of MCU canon. Only Marvel’s Disney+ shows count. So there’s a whole branching timeline of quasi-canonical Peggy Carter stories already out there.

Peggy’s Avengers: Endgame cameo also complicates matters, because she and Steve Rogers received a rather puzzling happily-ever-after after he traveled back to the 1940s or ’50s. This frustrated fans in several different ways: It seemingly erased Peggy’s adventures in Agent Carter, it created a time-travel paradox, and it negated a lot of character development for both characters, including Peggy having a whole other family and Steve moving on with his life. This honestly seems like it should be a job for the TVA, whose entire schtick revolves around messed-up timelines. Relatedly, Peggy Carter’s next role will be in the Disney+ animated series What If…?, which explores alternate-universe storylines.

For our money, this seems like Loki‘s version of WandaVision‘s Mephisto theory. A cameo that a lot of fans want to happen, but probably won’t. But if true, it certainly would be cool!

The post Marvel fans think they spotted a Peggy Carter cameo in ‘Loki’ episode 1 appeared first on The Daily Dot.

Influencer killed moments after posting about her pregnancy on Instagram
This ‘Star Wars: Attack of the Clones’ meme detects red flags
Advertisement