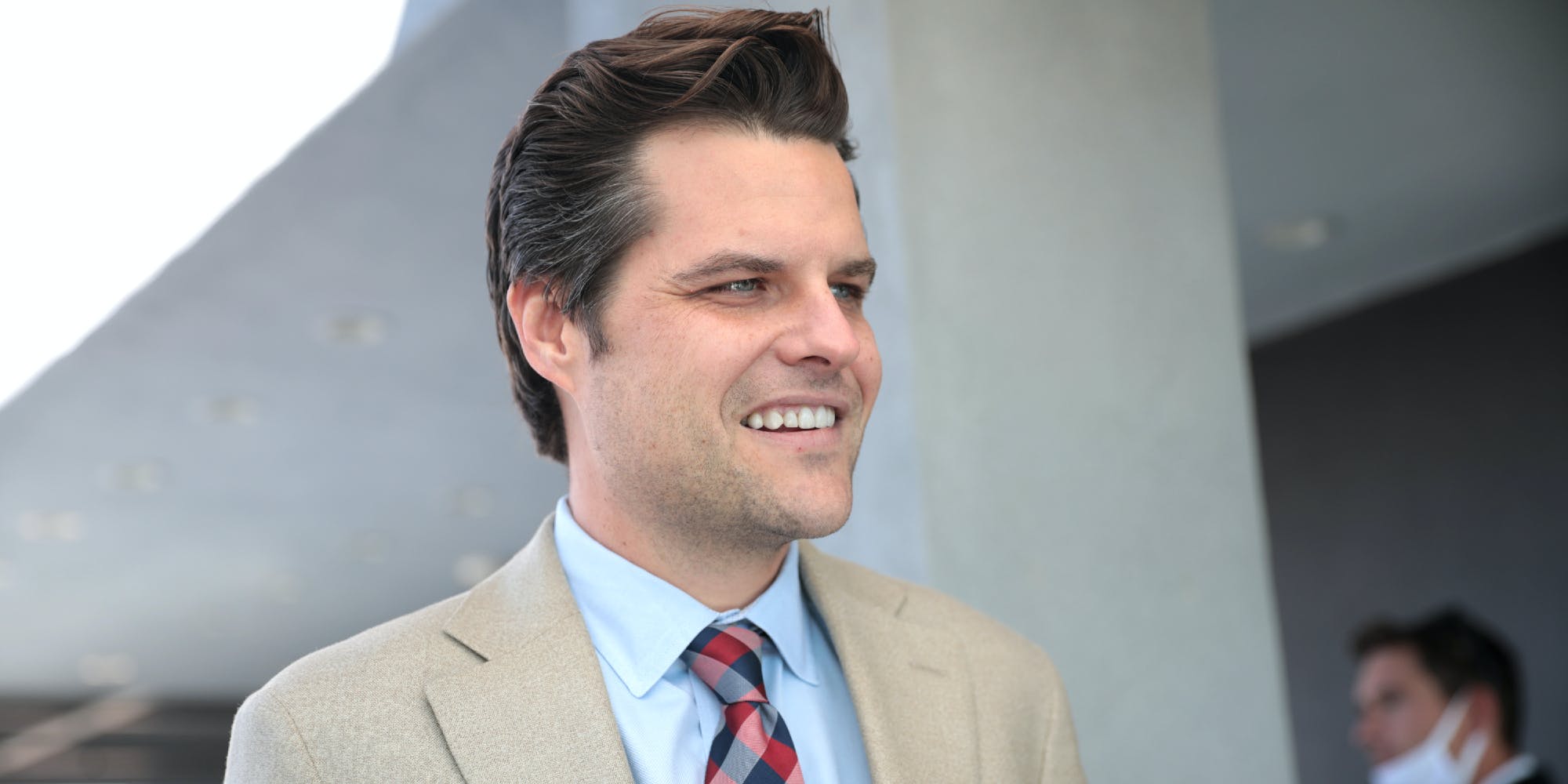 Rep. Matt Gaetz (R-Fla.), currently being investigated by the Justice Department over sex trafficking allegations, tweeted that he’s a “canceled man” and appeared to blame the “Deep State” for his current travails.

Gaetz sent a tweet Saturday morning that asserted, “I won’t be intimidated by the lying media” and “I won’t be extorted by a former DOJ official and the crooks he is working with,” adding, “The truth will prevail.”

That got some immediate blowback, including this zinger from Dr. Jeffrey Guterman, who responded to Gaetz with, “I heard you used Venmo only for minor purchases, Matt.”

That, of course, refers to a detail in the case in which Gaetz sent money via to former Florida tax official Joel Greenberg via Venmo. As the Daily Dot reported on Friday, Gaetz “sent $900 on Venmo to a political ally who is an alleged sex trafficker,” referring to Greenberg, “who then turned around and sent the money to teenage girls.”

Then, about four hours after that first tweet, Gaetz offered a more reflective and expansive tweet, seemingly making the case more than about him.

He declared, “I may be a canceled man in some corners. I may even be a wanted man by the Deep State. But I hear the millions of Americans who feel forgotten, canceled, ignored, marginalized and targeted. I draw confidence knowing that the silent majority is growing louder every day.”

That sparked reaction on Twitter. As Brian Tyler Cohen assessed, “Dude thinks he’s some kind of a martyr for paying for sex.”

Another Twitter personality who frequently commented on former President Donald Trump’s tweets, Jeff Tiedrich, wrote, “Get over yourself. You’re a junior congressman from a backwater district coasting on your daddy’s money who came to Washington to party and who is far too dim to know not to leave a digital trail of payments for one’s crimes. and how has your lawyer not told you to stop talking.”

One of the most vicious takedowns came from balladeer Richard Marx, who quote-tweeted Gaetz and directly addressed him. “You’re a canceled man by all truly decent people,” he started. “We’re not in corners. We’re the vast majority who aren’t racist pieces of shit sex-trafficking teenagers. It’s you who’s cornered and not by your imaginary ‘Deep State’ but by the Justice Department.”

He concluded by assessing Gaetz thusly: “You vile scum-slurping pig.”

Some are coming to Gaetz’s defense on the platform. Actor Randy Quaid, who notably went to Twitter in November to delve into election conspiracy theories, offered, “What was @mattgaetz trying to expose just before he was assaulted by fake news? THINK ABOUT IT!”

Podcaster Eric Garland tried to tie the Gaetz investigation to “a lobbyist from BALLARD PARTNERS,” which he claimed are “the foreign agents for Iranian money launderers Halkbank, Qatar and many Kremliny others.”

But it seems that a number of people have already made their mind up about Gaetz from the details that have emerged, and they’re not here for Gaetz’s silent majority.

As Tony Posnanski observed, “Dude, you paid an underage girl for sex and you paid her through an app. Save your Braveheart speech.”

But Gaetz went back on the platform Saturday evening to tout a poll from the National Pulse, the website from British conservative commentator and former Breitbarter Raheem Kassam, claiming the majority of his Florida 1st Congressional District constituents think he’s innocent of the charges and shouldn’t resign.

“I had no role in commissioning this poll,” Gaetz wrote, “but the results do not surprise me. Thank you to the amazing people of Northwest Florida for having my back. I will always have yours!”

The post Matt Gaetz mocked for calling himself a ‘canceled man’ who’s ‘wanted by the Deep State’ appeared first on The Daily Dot.