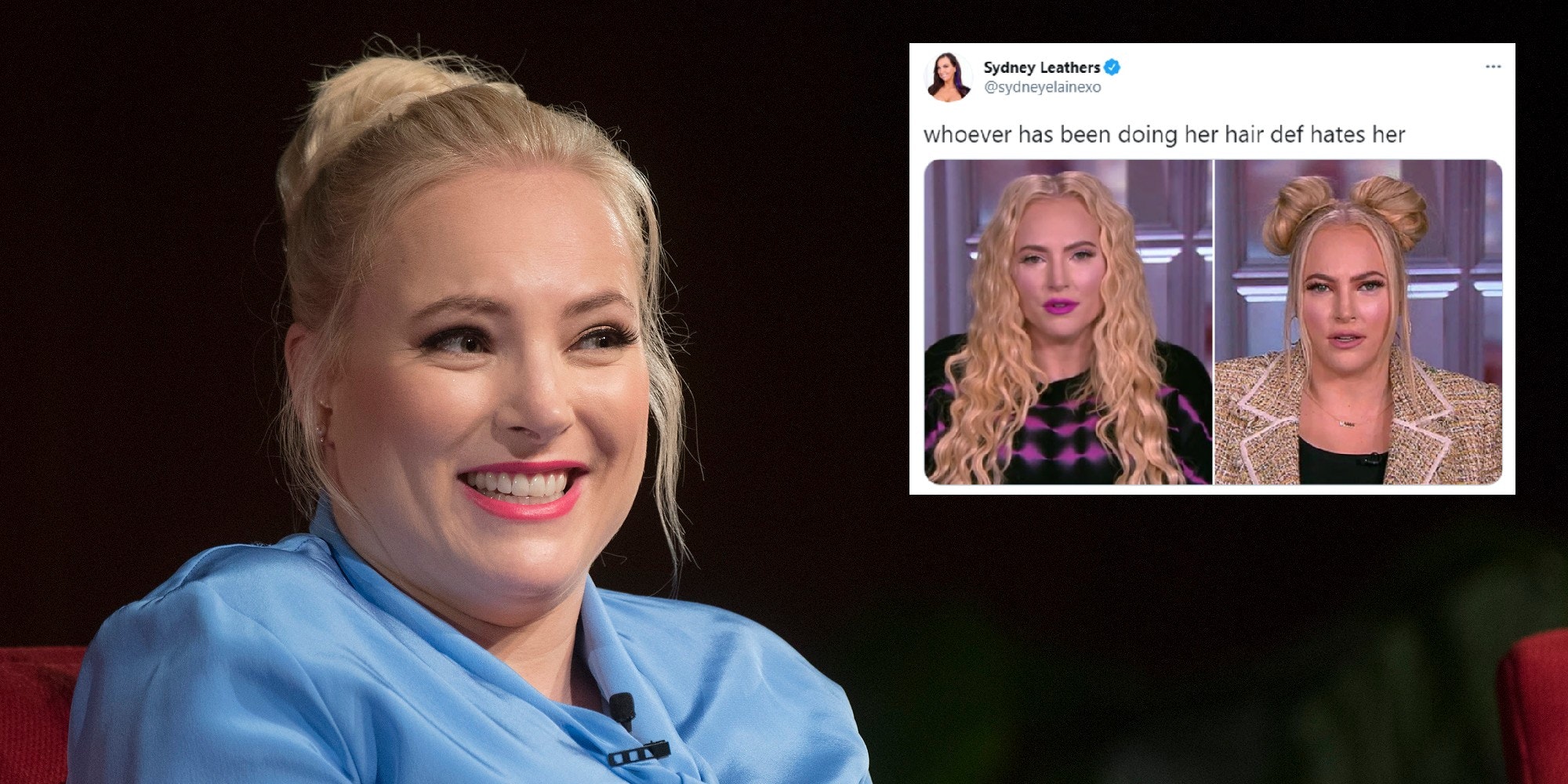 On Monday, the internet was abuzz with Meghan McCain’s remarks that Dr. Anthony Fauci should be replaced with someone who understands science because she doesn’t know when she’s getting the COVID-19 vaccine.

In the midst of the thorough thrashing of McCain for daring to slam a top scientist because she can’t jump to the front of the line in a country of almost 400 million, some Twitter users took the opportunity to bring up a much less serious controversy: her hair and makeup.

Specifically, how terrible it often is.

Many believe that the giant braid crowns, hot pink lipstick, and 80s crinkle curls are simply evidence that McCain’s hair and makeup team must “hate her.”

Some wonder if perhaps whoever styles her is sending a covert political message.

“Meghan McCain’s hair stylist continues to be a silent member of the resistance,” suggested @lydiakauppi.

At this point, critiquing McCain’s look on The View is practically a time-honored internet pastime.

Some people, of course, love McCain’s look, including McCain herself. Earlier this month, she took to Instagram to praise her stylist’s versatility and love of experimentation that matches her own.

“It has been so amazing to be able to have fun and play with glam again (safely and covid tested) with someone who likes to mix it up as much as I do!” McCain wrote.

It’s a good thing she does like it. Because, as the Daily Beast reported in 2019, McCain tried to get The View’s longtime makeup artist fired because she liked a video montage posted on Twitter that criticized her.

US Weekly reports that McCain similarly goes after people who troll her look.

“Can a bitch experiment with extensions and hair pieces? It’s the pandemic,” she replied to someone who recently made fun of her extensions. “I don’t have that much to entertain me anymore.”

Safe to say she’s not the only one entertained by her coif.

The post Meghan McCain’s hair styles spark theory her stylist is a member of the resistance appeared first on The Daily Dot.