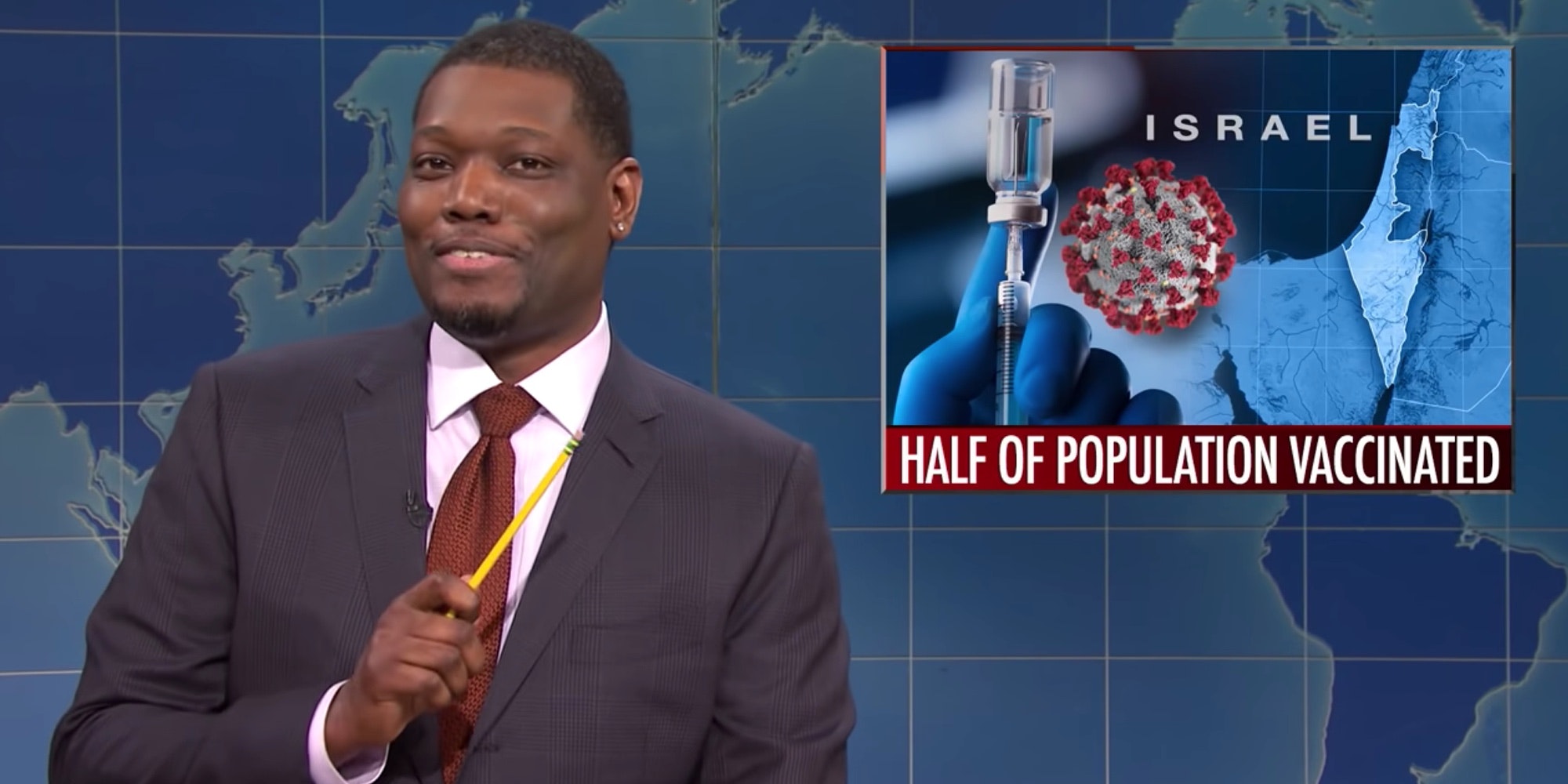 Michael Che is facing backlash on Twitter after making a joke on Saturday Night Live that some feel was anti-Semitic.

Che has often pushed boundaries and sometimes even crossed the line into offending people during SNL’s Weekend Update, which presents the news in a humorous and often scathing way. During the most recent episode, a crack he made about Israel’s vaccination process for the coronavirus just didn’t sit well with some folks.

“Israel is reporting that they’ve vaccinated half of their population,” he said. “I’m going to guess it’s the Jewish half.”

It didn’t take long for people on Twitter to lambast Che for allegedly perpetuating anti-Semitism by suggesting Israel is prioritizing Jews rather than all people under its care.

Avi Mayer agreed and pointed out previous times in history that Jewish people being blamed for things led to violent discrimination.

“This isn’t funny at all; it’s dangerous,” he wrote.

However, Israel has already come under fire for not vaccinating Palestinians in territories under its control, and there has been debate as to whether the country is obligated to help these people or not.

As such, others defended Che’s remarks, claiming that the joke wasn’t anti-Semitic at all, but was rather pointing out the latest in a series of human rights issues.

“Devastated to have to defend Michael Che but there’s nothing antisemitic about acknowledging apartheid,” tweeted writer Ashley Feinberg.

“The threat isn’t that a punchline isn’t factual: it’s that Israel’s systemic racism is now so well known that it’s a trope,” added @leibowitzadak.

This isn’t the first time Che has stimulated conversation about a serious topic thanks to a joke made on Weekend Update, and it certainly won’t be the last. And for now, he has not commented on the controversy this one has drudged up.