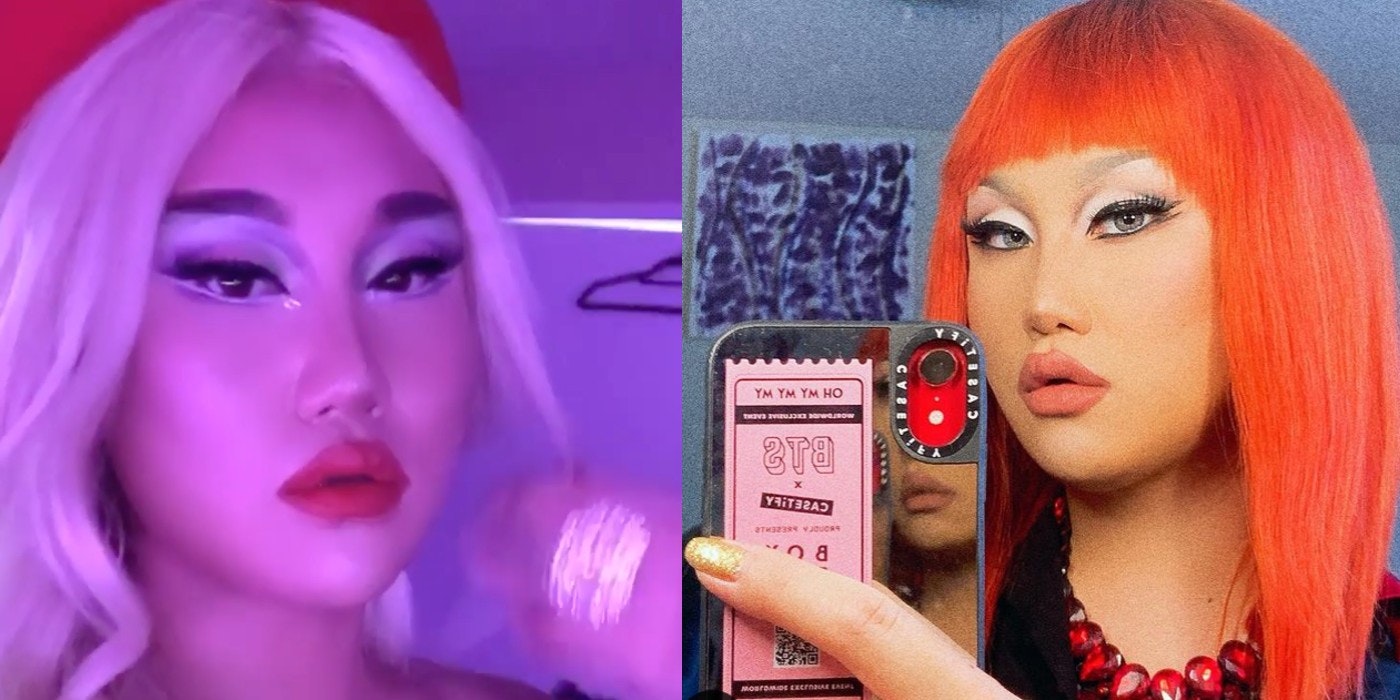 Multiple people have come forward to accuse RuPaul’s Drag Race contestant Soju of assault, rape, and mental abuse. Some of the alleged abuse, they say, occurred when they were minors.

A Twitter user, who says their name is Kevin, accused Soju, whose real name is Tony Hyunsoo Ha, of sexually assaulting, belittling, and gaslighting them on numerous occasions between 2016 and 2018.

Soju has since denied the allegations.

Kevin said they were 17, and Soju was 24, when the alleged abuse began.

Kevin said they met on Grindr on the explicit agreement that they were going to engage in oral sex. However, over time, Kevin said, Soju became persistent about penetrative sex and eventually coerced them into it.

“This began the cycle of abuse, manipulation and gaslighting Soju subjected me to for years,” Kevin wrote in a now-viral note posted to Twitter on Thursday.

Kevin said Soju once picked them up when they were blackout drunk, had sex with them, and then slut-shamed them.

Following that, Kevin said the two remained out of touch for a year before Soju contacted them again and persistently asked them to meet her. Despite Kevin repeatedly saying no, Soju allegedly offered to meet them to make amends. Kevin said Soju also took it upon herself to go to Kevin’s home and “assured me by saying we didn’t need to have sex if I didn’t want to.”

But as soon as they got on the highway, Soju allegedly forced Kevin to go down on her and “wouldn’t take me home until he finished.”

Kevin said they have suffered from PTSD and has had to go through intensive trauma therapy twice a week ever since. Kevin said it was triggering to see Soju participating in season 11 of RuPaul’s Drag Race.

Kevin said they also learned that other people were similarly abused by Soju. After Kevin spoke out, many others came forward with their own accusations levied at Soju.

“Soju tried to do similar shit with me before i moved to chicago & it really fucked me up and made me scared to move here and when i did move here it made me scared to start drag because i thought everyone was like her,” wrote one user named Pamela Escort. “Fuck soju and fuck tony.”

Escort did not respond to the Daily Dot’s request for further information.

Another Twitter user by the name of Kevyn shared a thread with screenshots of their conversation with Soju when they were 16.

“Referencing I was in high school, he still sent me sexual messages and questions,” Kevyn wrote. “I didn’t acknowledge how wrong what he was doing was until after we stopped talking after many months of him trying to fly me down to the US to hookup (I live in Canada).”

“We were all made to believe Soju had done nothing wrong,” Kevin wrote, referring to all of Soju’s alleged victims.

By Friday morning, Shea Couleé, winner of season 5 of RuPaul’s Drag Race, expressed solidarity with the victims in a tweet.

While acknowledging how important it is to believe victims, she dismissed the allegations as “purported facts that are misleading, completely false, or misunderstood.”

Soju said that as an Asian American, she “felt unworthy and unaccepted by my community” and slept around.

“I never once in my life did anything without the other person’s consent. Consent matters,” Soju wrote. “No matter how much I wanted to have sex with someone, I never proceeded without the partner’s permission. And never once did I take advantage of someone when they were too drunk to make decisions or blacked out.”

Soju added that she’s dealt with untrue “rumors” ever since she got on the show, but she believed the rumors were just part of fame until she had to wade off blackmailers using the help of law enforcement.

“I want to take accountability for my actions—but only for the actions I have actually done,” she wrote.

Soju did not respond to the Daily Dot’s request for comments.

The allegations against Soju have reportedly been known about for “years” among those close to matter; however, they haven’t been explicitly spoken about until now.

“Even before she was on drag race she was known to go after these boys,” wrote one user. “I even have friends with stories about her. She even would hit on my exboyfriend/send him nudes and harass him while we were together. Fuck soju lol.”

The Daily Dot has reached out to RuPaul’s Drag Race and will update this report if it responds.