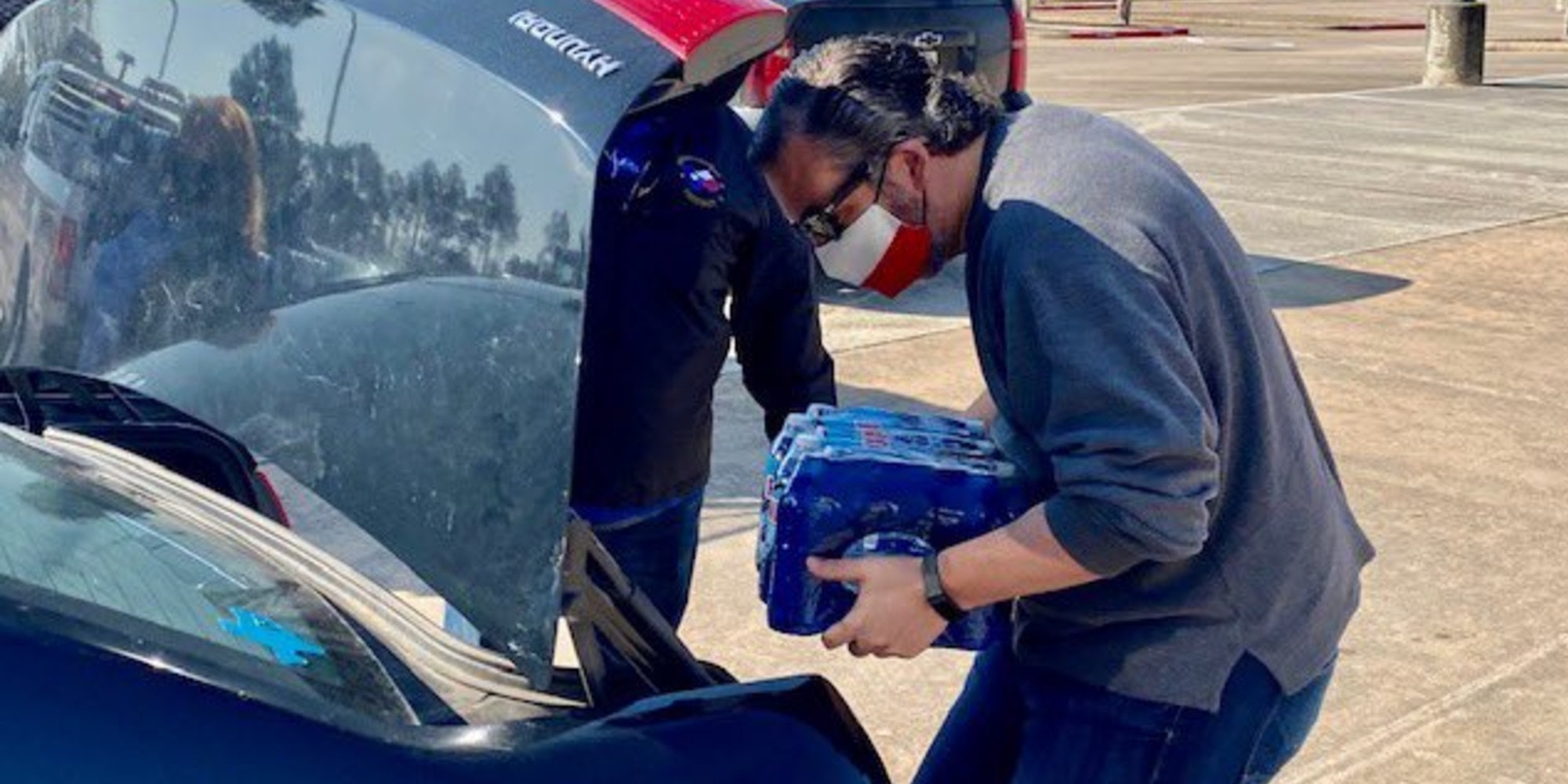 Sen. Ted Cruz (R-Texas) is getting mocked on Twitter after sharing photos of himself loading water into a car following his controversial trip to Mexico.

The lawmaker has faced significant backlash since last Wednesday after it was revealed that he flew to Cancún with his family as his constituents dealt with a historic snowstorm.

Cruz, who had initially planned to stay at the tropical location for several days, quickly returned back to Texas and opted to blame his children for the poorly timed vacation.

Admitting that it was a “mistake” to flee his state while millions were left without power in freezing temperatures, Cruz is now seemingly attempting to change the narrative—to little success.

Users also made frequent references to Rep. Alexandria Ocasio-Cortez (D-N.Y.), who, despite not being from Texas, helped raise over $4 million for the state’s struggling residents while also volunteering at a food bank in Houston.

“Ted Cruz photo op of him carrying water that AOC helped buy for Texas,” Eric Feigl-Ding wrote. “She’s raised over $4 million since Feb 18th for Texas. @AOC is now our Congresswoman for all of us.”

Others argued that Cruz looked as if he had been sentenced to a weekend of community service or was merely offering aid for the photo opportunity.

“This picture reminds me of when you get caught slacking off at work so then you gotta show your an asset before your boss decides to fire you,” Twitter user @Macrik413 joked.

Questions were also raised over why Cruz wasn’t under self-quarantine after traveling internationally during the coronavirus pandemic.

“Isn’t he supposed to be quarantining?” Brian Tyler Cohen asked.

Many even celebrated the fact that Cruz was ultimately “bullied” into doing the right thing.

“Dude got bullied into helping is constituents,” @Edward_gee313 added.

None of Cruz’s other tweets are fairing much better. The senator’s entire Twitter profile has been flooded with criticism and mockery since last week.