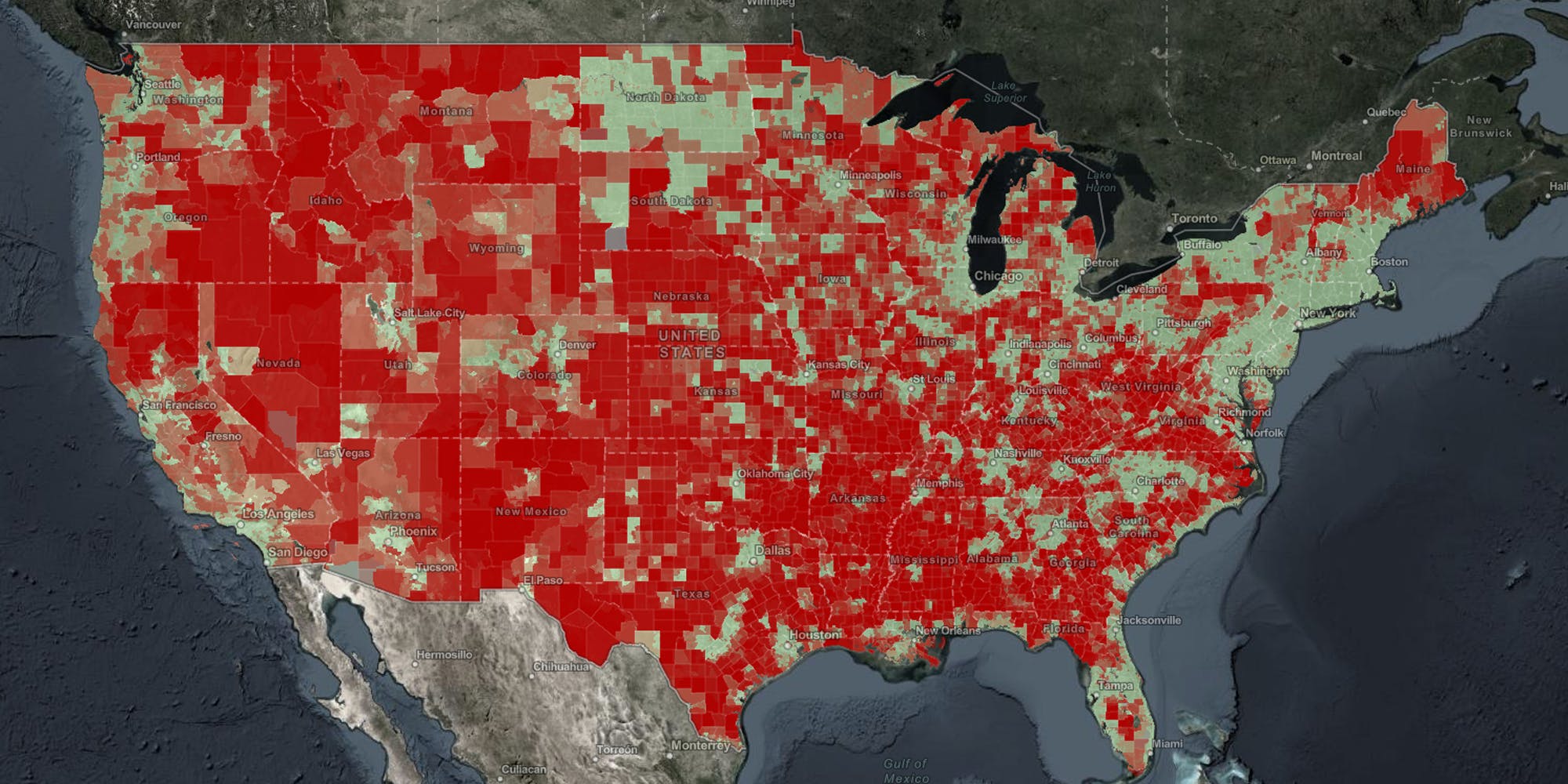 The Biden administration on Thursday unveiled a new interactive map that shows the gaps in broadband availability in the United States.

The National Telecommunications and Information Administration (NTIA) released the map as a way to display “key indicators of broadband needs across the country.”

President Joe Biden and Vice President Kamala Harris have repeatedly stressed their desire to narrow the country’s long-standing digital divide, the gap between those who have access to affordable high-speed internet and those who do not. Much of the administration’s push has come as part of its infrastructure bill.

The new NTIA map pulls data from counties, the U.S. Census, the Federal Communications Commission (FCC), M-Lab, Ookla, and Microsoft. The map also shows speed test data from M-Lab and Ookla to help “illustrate the reality that communities experience when going online, with many parts of the country reporting speeds that fall below the FCC’s current benchmark for fixed broadband service of 25 Mbps download, 3 Mbps upload,” the agency said.

Besides showing what parts of the country report speeds below the 25/3 threshold, the map also allows users to zoom into specific areas and look at data including percentages of homes without internet access, without a computer smartphone or tablet, and a median speed test. The results can show how one community has strong internet access while just next door people are struggling to get online.

“As we release this important data to the public, it paints a sobering view of the challenges facing far too many Americans as they try to connect to high-speed broadband and participate in our modern economy,” Secretary of Commerce Gina Raimondo said in a statement.

As the country tries to narrow the digital divide, it has lacked reliable mapping to help target where people do not have access to affordable high-speed internet.

The FCC’s mapping relies on data provided by internet service providers (ISPs) who can state an entire Census block has access to broadband if only one household within that block does. Critics have said that does not offer accurate mapping and leads to overreporting of the availability of broadband.

In a statement, Acting FCC Chairwoman Jessica Rosenworcel called the NTIA map a “welcome tool” that would provide “valuable insight into the state of broadband across the country.”

“The FCC looks forward to continuing our close collaboration with the Commerce Department and other federal partners to fulfill the goal of connecting 100 percent of Americans,” Rosenworcel said in the statement.

You can see the NTIA map for yourself here.