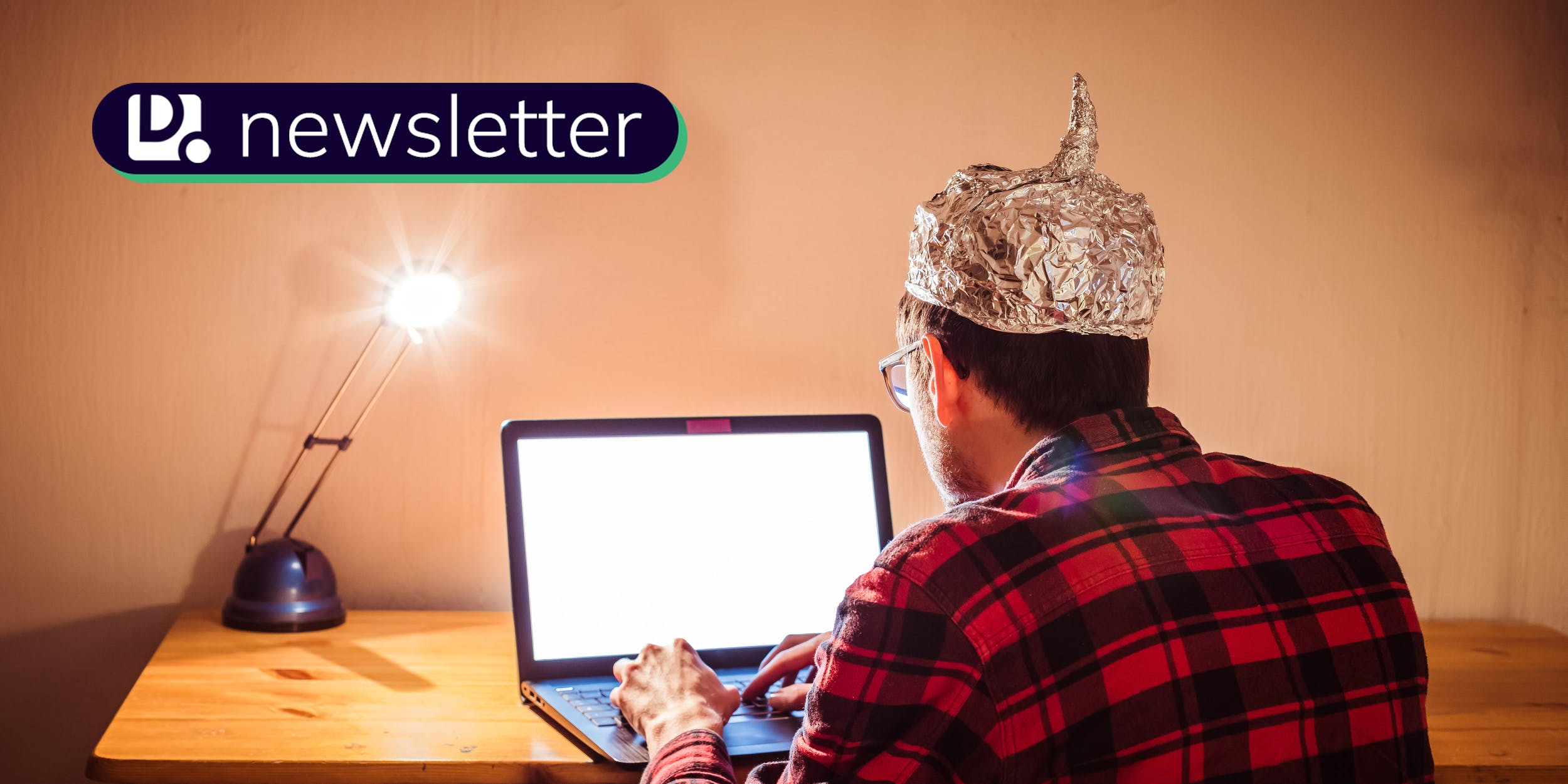 Sign up to receive Internet Insider, a daily newsletter from the Daily Dot, in your inbox.

It’s Monday, so that means it’s time for our Tech Reporter Mikael’s “One Dumb Conspiracy” column. This week he has found quite a doozy.

Of course, we’ve also got the most essential internet culture news for you.

DISINFO: President Joe Biden announced a new “Disinformation Governance Board” recently and its executive director is already drawing ire from those on the right. Specifically her past statements about a laptop allegedly belonging to Hunter Biden have right-wingers riled up. Check out our report here.

SECTION 230: This felt inevitable, really. Rep. Marjorie Taylor Greene (R-Ga.) has introduced a billto abolish Section 230 of the Communications Decency Act. Section 230 is a foundational internet law that protects all websites with user generated content from being held liable for what users write. Despite the law’s importance, it has become a boogeyman for politicians on both sides of the aisle.

A tweet highlighting the fabricated news article was shared more than 5,000 times and has been widely cited by conspiracy theorists as proof of their accuracy in analyzing world events.

Twitter users who seemingly made no attempt whatsoever to fact-check the claim wasted no time in patting themselves on the back.

“For good or for worse, it’s called being red-pilled,” one user wrote. “Better than burying your head in the sand at least.”

Others responded in similar fashion by applauding themselves for allegedly being correct so often.

“It can be exhausting, being right so much,” another wrote. “But someone must do it.”

The fabricated screenshot also made its way onto Facebook where it was shared by countless users.

“If we keep getting things right, I suppose they’re not so conspiratorial are they?” one Facebook user asked.

Had the crowd allegedly devoted to “doing their own research” spent just a few minutes investigating, it would have become quite apparent that the article never actually existed.

A search on CTV News’ website shows no such article. Archived versions of the page don’t yield any results either. Searches on Google and across CTV News’ social media presence also indicate that the article never existed.

In a statement to Reuters, a spokesperson for CTV News confirmed that no such article was ever published on their website.

And despite many people on Twitter pointing out that the article is not legitimate, users who went viral for sharing it have not deleted or corrected their tweets.

The fabricated image continues to rack up new shares and retweets on social media, further fueling the delusional belief among conspiracy theorists that their grandiose worldview is rooted in reality.

Like what you are reading? Sign up to receive Internet Insider, a daily newsletter from the Daily Dot, in your inbox each morning.

The first round is already over, but you can still catch up on the postseason action with Sling TV. The Nets can’t count on Ben Simmons, but you can rely on Sling TV to bring you every game for the best price. Sign up today to stream the NBA Playoffs (the playbacks and the live games) and get 50% off your first month.

Here are some key dispatches from across the ‘net.

✈️ A TikToker filmed a man sleeping next to her on a plane and claimed he was her boyfriend who cheated on her. He has since shared on TikTok that he has “no idea” who the woman is.

📚 A comedy duo pranked JD Vance, the author of Hillbilly Elegy and Ohio GOP Senate candidate, by asking for a refund of his book while he was in the middle of a speech. A video of their prank has gone viral.

🧹 A video of a woman calling out her neighbors for hitting wild geese with a broom has sparked a debate among viewers, with both sides feeling strongly about which person is in the wrong.

⛹🏻‍♀️ Yikes. A woman says a man threw a weighted ball at her when she was at the gym to get her to move.

✨ Who knew the fountain of youth came in sheet form? These are the best Korean sheet masks for every skin type.*

🥝 Would you watch an 8-hour recap of Victorious on YouTube? 3.6 million people already have. Find out why by signing up for Passionfruit, the Daily Dot’s weekly creator economy newsletter.

💼 A Panda Express employee’s frustrations about not being given a break during her eight-hour shift is frustrating fellow TikTokers.

🔎 To mark the fourth anniversary of the first QAnon drop on 4chan, the Daily Dot tells stories about Q that haven’t been looked at.

In a viral video, a TikToker claimed a group of his friends on a boat got out of a “felony” charge by winning a Rock, Paper, Scissors game with apparent harbor patrol cops. The video sparked debate in its comments section about class and “petty” privilege.