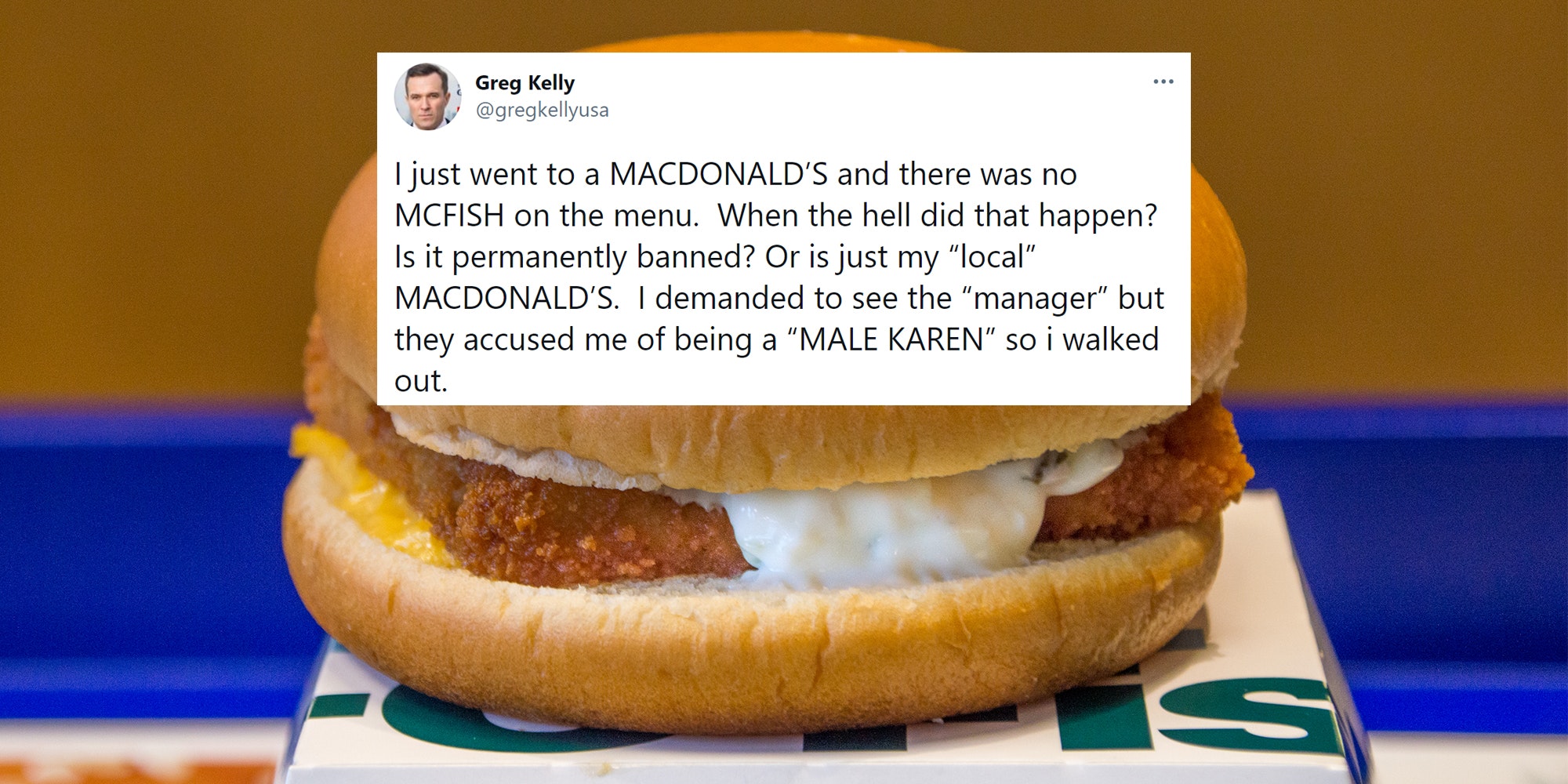 Right-wing Newsmax TV host Greg Kelly tweeted on Thursday morning that he was unable to order a “McFish” at McDonald’s, in a situation that escalated dramatically.

“I just went to a MACDONALD’S and there was no MCFISH on the menu. When the hell did that happen? Is it permanently banned? Or is just my ‘local’ MACDONALD’S. I demanded to see the ‘manager’ but they accused me of being a ‘MALE KAREN’ so i walked out,” Kelly tweeted.

On the surface, there are some technical problems with Kelly’s tweet and a simple explanation as to why Kelly couldn’t order a fish sandwich.

But also, McDonald’s doesn’t begin serving lunch until 10:30am. where they offer a “Filet-O-Fish,” not a “McFish.”

Perhaps Kelly should have either picked something off the breakfast menu or waited a few minutes until the fast food joint offers lunch.

The Newsmax host has a history of tweeting about “MACDONALDS” over the past week. To wit:

According to McDonald’s website, they are still selling their “Filet-O-Fish,” which features: “fish sourced from sustainably managed fisheries, topped with melty American cheese and creamy McDonald’s tartar sauce, and served on a soft, steamed bun.”

Sounds nice, if you can get it.

The post Newsmax host demanded a morning McFish at McDonald’s, says he was called ‘male Karen’ appeared first on The Daily Dot.