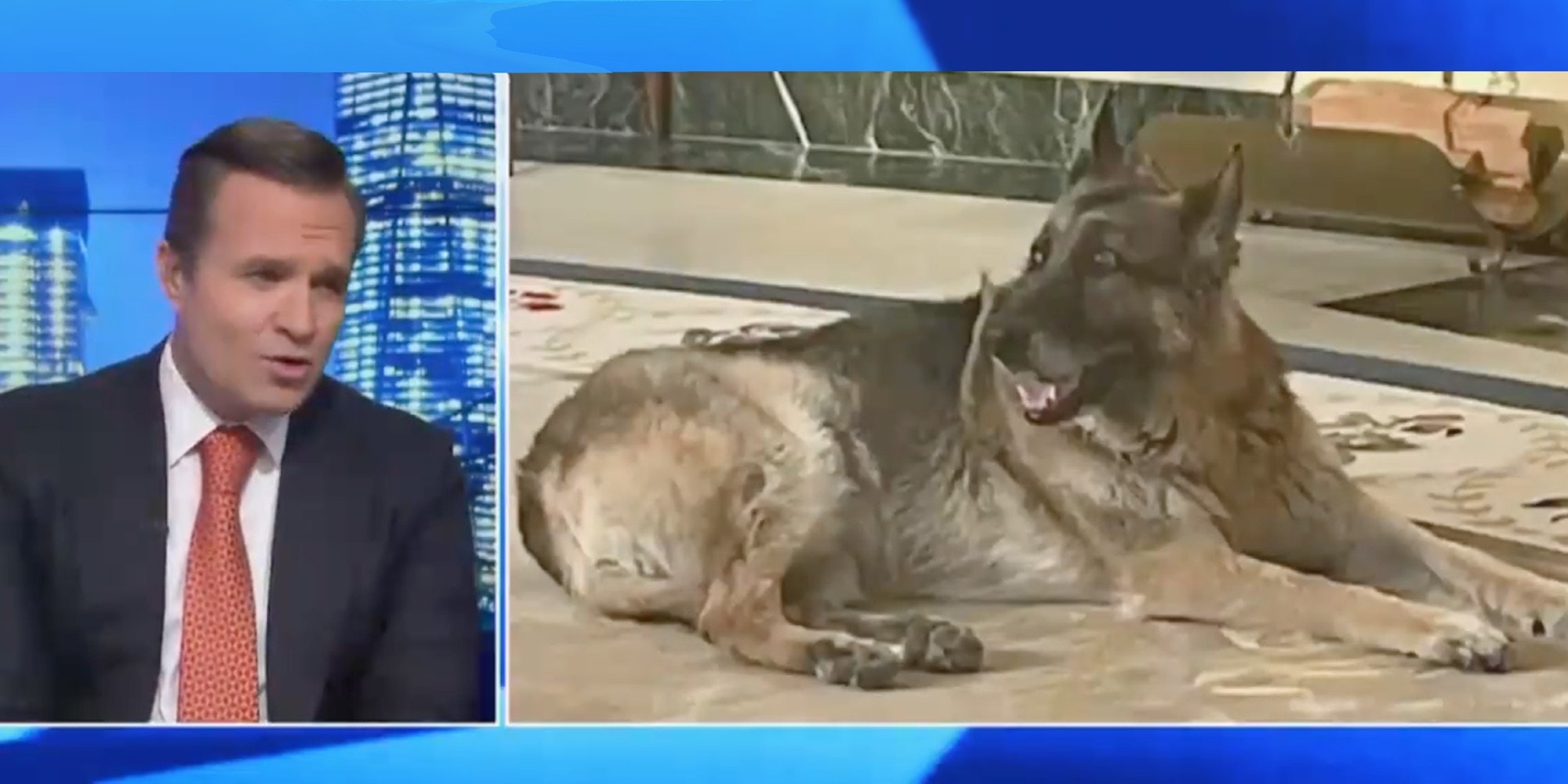 In a segment with Newsmax host Greg Kelly, Biden’s German Shepherd Champ is repeatedly described as looking “rough” and in need of a “bath and a comb.”

“Doesn’t he look a little rough? I love dogs but this dog needs a bath and a comb and all kinds of love and care,” Kelly said. “I’ve never seen a dog in the White House like this.”

As you’d expect, users online were quick to defend Champ and criticize the desperate segment from Newsmax.

“I honestly think it’s so sad that someone would be mean about a dog,” Olivia Nuzzi said.

Others took aim directly at Kelly for choosing to devote airtime to attacking an animal.

“The final stage of Trump sycophancy is just doing a sweaty Trump imitation while pretending to be upset about the same weird shit Trump himself would post about,” David Roth said. “What an amazing moment for all of us.”

Many also pointed out the fact that Champ is a senior and has clearly been well taken care of.

“Attacking Biden is one thing but attacking the dogs will not stand GET ME SEAL TEAM SIX,” Twitter user @goldengateblond said.

Champ was purchased by Biden in 2008 while he served as vice president. The president’s other dog, a German Shepard named Major, is the first rescue dog ever to call the White House its home.