‘Nice to meet you’: OnlyFans creator posts awkward encounter with a neighbor whose kids thought she was ‘watching a movie’ – Nogagames 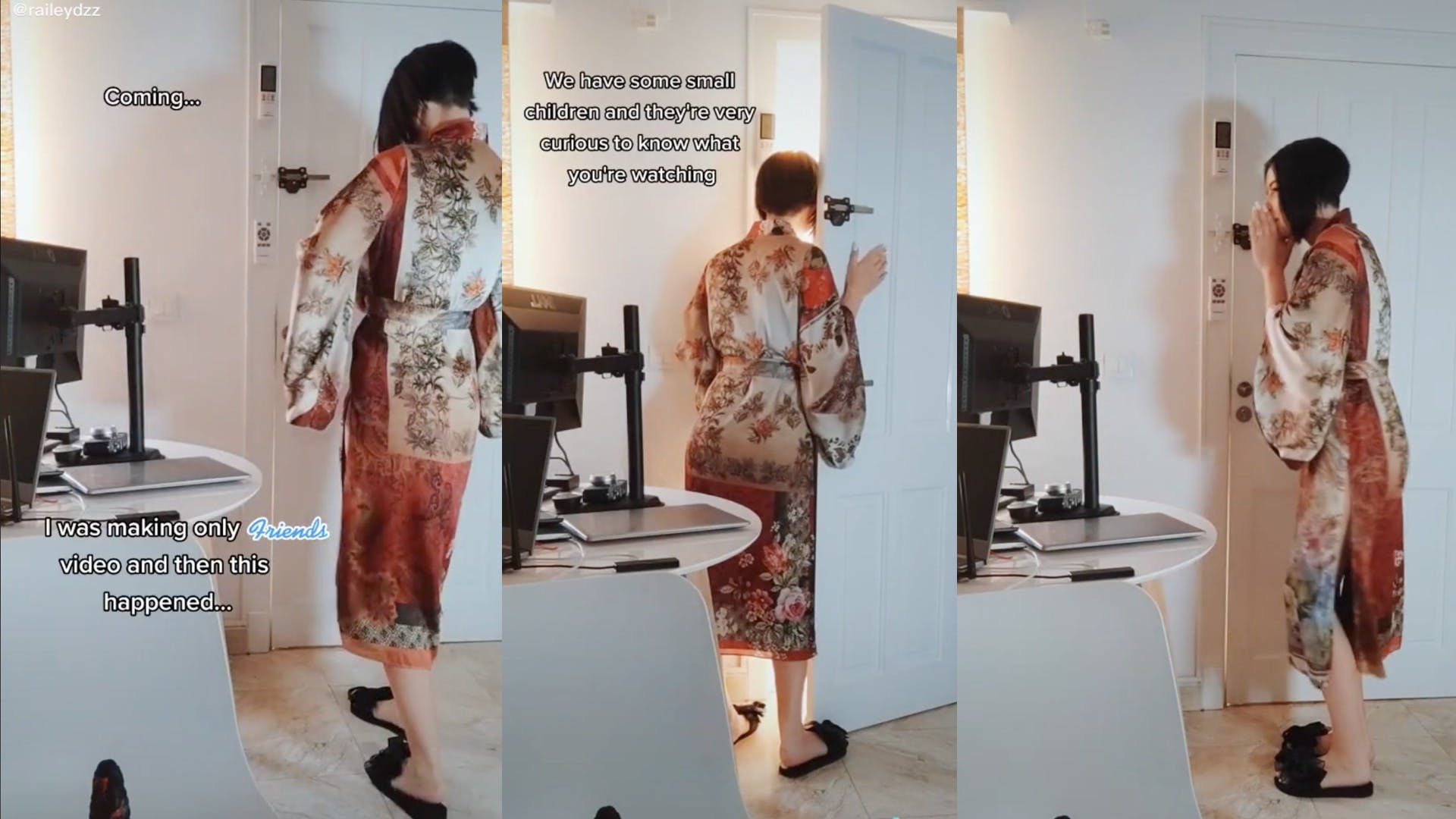 A viral TikTok video shows an awkward moment between an OnlyFans creator and her neighbor, whose children could hear her “watching a movie.”

The TikTok, posted by Railey Diesel or @raileydzz, shows her tying a robe around herself as she went to answer the front door of her home.

“I was making [an OnlyFans] video then this happened,” she said.

At the door, her neighbor said he was trying to have lunch with his family and asked Diesel if she could turn down her TV volume or shut her window.

“We have some small children and they’re very curious to know what you’re watching,” the neighbor said.

Diesel apologized and told him of course, while the on-screen caption read, “I think his wife sent him my way.”

She told her neighbor she didn’t realize she had an open window, and he thanked her and left.

“Nice to meet you,” Diesel added.

The video has received about 9.5 million views, and viewers found the awkwardness hilarious.

“I’m dying of embarrassment and I had nothing to do with this [laughing emoji]” one said.

“You weren’t watching a movie, you were making one,” another commented.

Some users remarked how polite Diesel’s neighbor was, but another said he shouldn’t have been:

“Those poor neighbors.. The fact that it’s that loud…oooof. I definitely wouldn’t have been so nice about it. Keep that in your own house.”

One user put it best saying, “Both handled it with grace.”

The Daily Dot reached out to Diesel.

The post ‘Nice to meet you’: OnlyFans creator posts awkward encounter with a neighbor whose kids thought she was ‘watching a movie’ appeared first on The Daily Dot.

This week in streaming: ‘We Are Lady Parts’ and ‘Kevin Can F**k Himself’
‘Kill it with fire’: ‘Chilling’ TikTok trend features white women showing off how easily they can convincingly fake cry
Advertisement