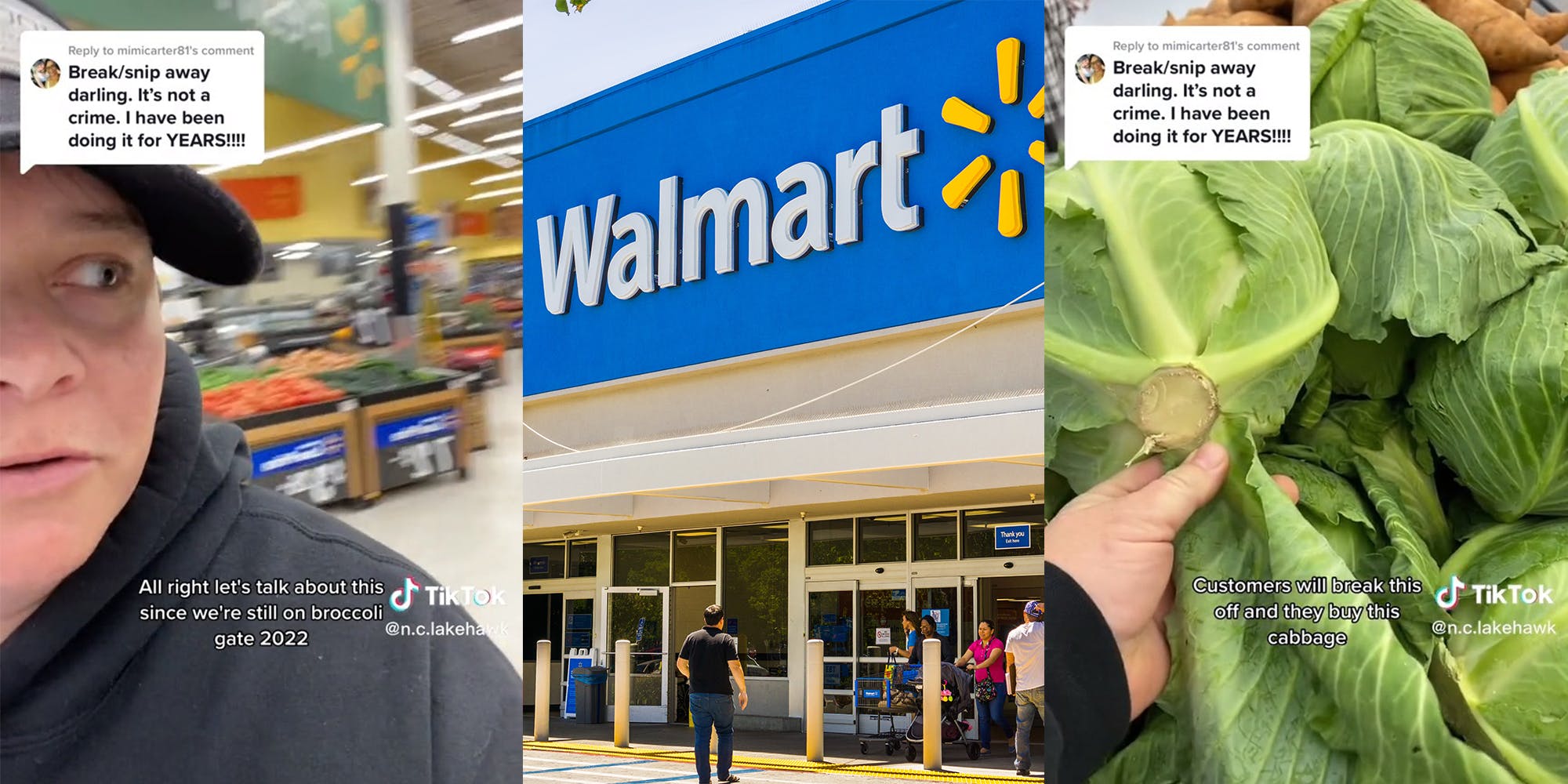 A Walmart produce employee has gone viral on TikTok after sharing money-saving produce tips—in response to another viral video of a customer snipping off broccoli stems.

User JJ (@n.c.lakehawk) uploaded the video after what she calls “Broccoli-Gate,” the viral video from a grocery store shopper whose controversial hack was to remove excess produce before weighing and paying for it. In another clip, JJ endorses this customer’s money-saving method.

“Save your money. Break off the stalks. Peel the cabbage. Separate bananas. We don’t mind!” she wrote in the caption.

In another video, the Walmart worker explains that customers regularly do something similar to the cabbage, removing the outer leaves and leaving them at the display. She says the employees then have to collect these leaves and take them to the compost, however, she notes that sometimes customers request to take home the extra leaves.

She then turns to the bags of grapes, which are also sold by weight. She claims shoppers can customize the number of grapes they’d like to purchase by moving grapes from bag to bag.

“If you only want a handful, you can get a produce bag and you can just take out a small handful because it’s sold by the pound,” she says.

JJ then compares these grapes to the pre-packaged plastic containers of grapes. She urges customers to purchase the grapes by the pound, regardless of the amount they want, as it is cheaper and customizable.

Finally, JJ shares some tomato tips. One tomato the size of her hand is ¾ of a pound and costs $3.26. However, the same-sized tomatoes, packaged in a pair are priced at $2.98. She suggests shoppers go for the prepackaged duo.

JJ wraps up the video with four broccoli in a circle. “So, yeah, at the end of the day, cutting these off,” she concludes, briefly holding one of the broccoli stems, “may only save you the cost of half a pound but that also adds up.”

The video amassed 1.1 million views as of Sunday, and several viewers thanked the TikToker for her tips.

“Thank you so much for this,” one wrote.

“Wish you’d do more produce tips. Thank you,” another echoed.

However, some pointed out some of the hack’s discrepancies.

“Loved all of this EXCEPT my realization at just HOW touched the produce I’m buying is *washing intensifies,*” one viewer noted.

“Wash food for bugs is what I thought. Wash food for people handling before you is what i learned from this video,” a second said.

Others added their own money-saving tips in the comments.

“I used to break the crowns off my broccoli and bag those. Also the ends of the asparagus. I still pick out the nasty grapes, cherries,” one person shared.

“One time i was buying a kiwi package and took a gross one out, the guy said he has to throw that out OR he can slap a 50% off sticker and I can get it,” a third stated.

The Daily Dot reached out to JJ via TikTok comment.

The post ‘NO DIFFERENT than clipping coupons’: Walmart worker responds to ‘Broccoli-gate,’ urges shoppers to cut off excess produce appeared first on The Daily Dot.

Elon Musk loses his own Twitter poll asking if he should step down as ‘head of Twitter’
‘Just close at that point’: Chipotle worker has to announce store is out of guac, fajita veggies, pico, lettuce, burritos, chips
Advertisement