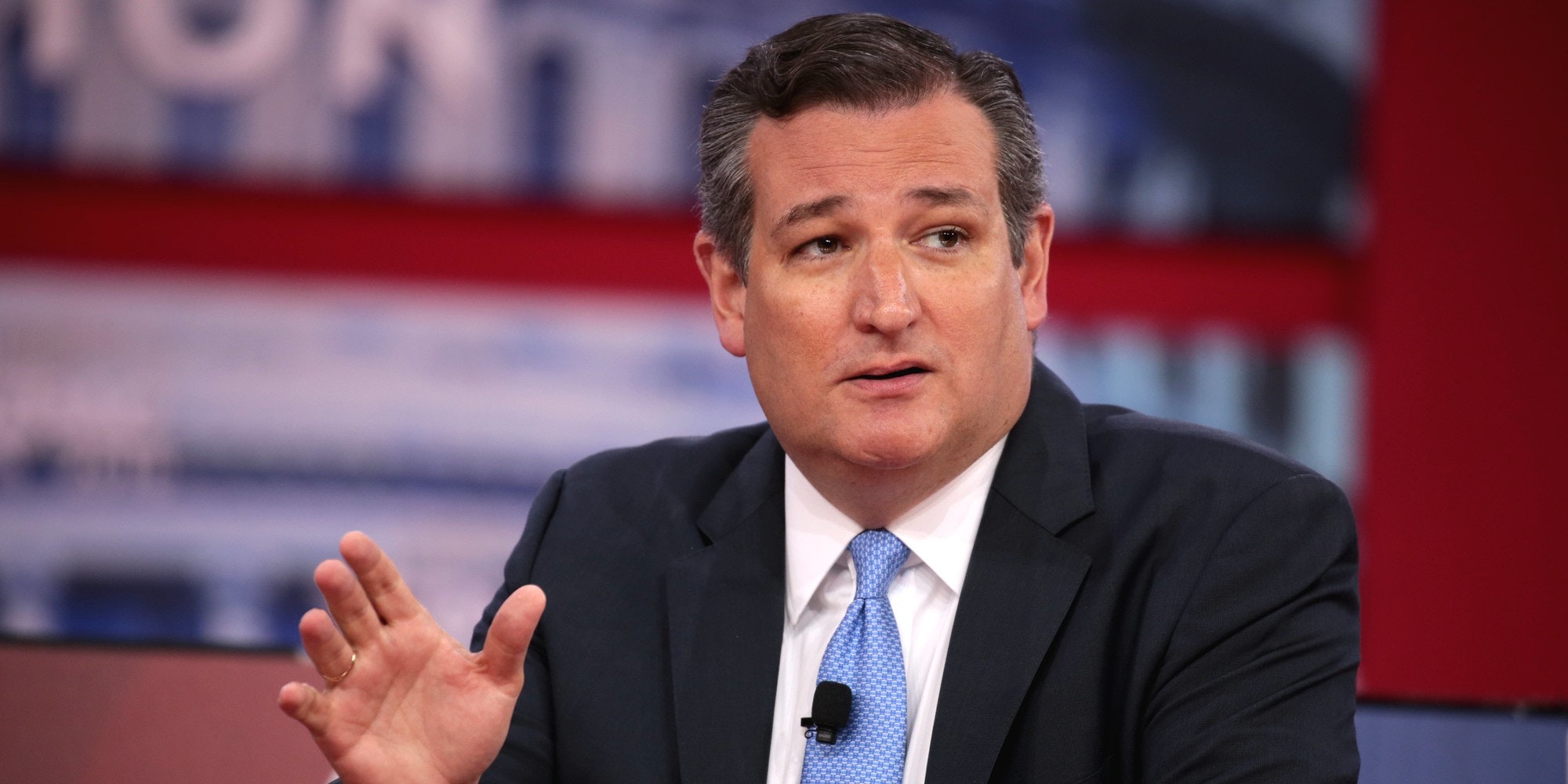 An alleged tweet which appears to show Sen. Ted Cruz (R-Texas) stating that he would only believe in climate change once Texas “freezes over” is circulating online as his state deals with a historic snow storm.

But the tweet isn’t real and Cruz never made such a statement.

The fake tweet purports to be from 2016 and shows Cruz saying: “I’ll believe in climate change when Texas freezes over.”

The fake tweet began spreading online this week after Cruz faced criticism for flying to Mexico with his family while many of his constituents were left without power or running water. Cruz even left his dog behind at his home in Houston, which reportedly lost power as well, and ultimately decided to blame his own children for the poorly-timed vacation. Cruz has since described the trip as a “mistake.”

Since the controversy began, old tweets in which Cruz both mocked California for struggling with power outages and criticized a Democratic mayor in Texas for vacationing during the coronavirus pandemic have resurfaced online.

But the viral self-owns from Cruz have led some online to fabricate tweets in an effort to further embarrass the senator. The fake climate change tweet has now reportedly been shared hundreds of thousands of times across social media.

“A fake tweet claiming to be from Ted Cruz about climate change and Texas has earned well over 300,000 engagements on Facebook and Instagram in the past day, according to CrowdTangle,” Media Matters Alex Kaplan tweeted.

While the senator has repeatedly denied the existence of climate change in the past, the current comments being attributed to Cruz are not legitimate.

The post No, Ted Cruz didn’t tweet he’d ‘believe in climate change when Texas freezes over’ appeared first on The Daily Dot.

‘WandaVision’ episode 7 just confirmed an important superhero origin story
How long will these strangers who got married on TikTok last?
Advertisement