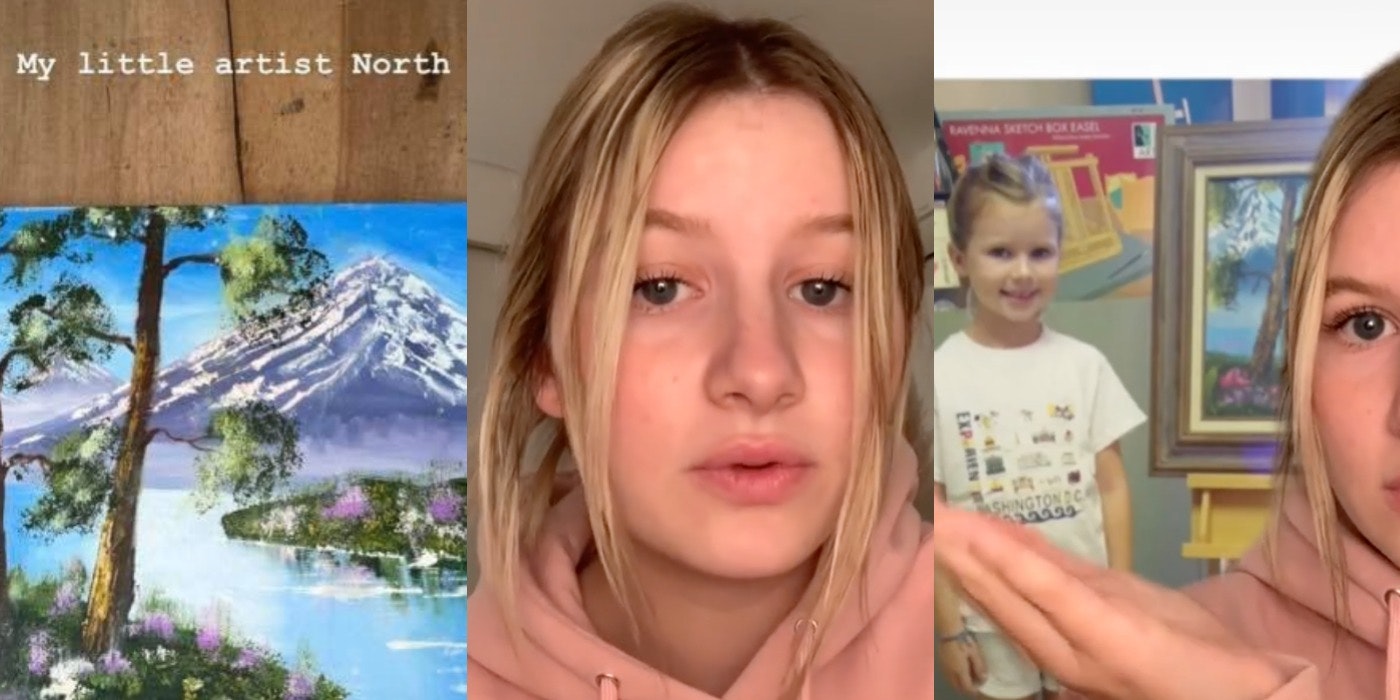 North West, the daughter of Kim Kardashian and Kanye West, is going viral after her mother shared a photo of a landscape Bob Ross would be proud of on social media. Her painting is so impressive that many online don’t think it’s real.

Kardashian showed a signed painting by her daughter on her Instagram Stories, featuring a snowcapped mountain, glistening water, with healthy trees, in the grandness of unbothered nature.

“My little artist North,” Kardashian wrote in a caption, while sharing the painting.

Many, predictably, took to mocking a 7-year-old, believing it would not be possible to a child her age to create such a beautiful image. However, TikTok user @camrynfred states her own mother taught her how to paint, using essentially the same image. She says her mother has subsequently taught North.

“I actually can’t believe right now that I am being put in the position where I am probably one of the only people in the world who has evidence to prove that Kim is not lying, but here you go,” she says before running down evidence North could have produced the painting. “She’s been an art teacher for 30 years and everyone that comes through her classes goes through this exact same painting when they’re starting out.”

She also includes images of her as a small girl alongside a similar painting as North’s. Meanwhile, the internet’s continual love for famous PBS painter Bob Ross regained new life through Kim and Kanye’s kid and her painting.

Assuming the painting is North’s actual work, some have commented on the socioeconomic advantages afforded to people living lives free of the stresses assigned to everyday people.

“Rich people’s kids are not inherently more talented than your kids,” @WayTooLoose. “They just have parents with the resources to pour into their talents. Crazy what we can do when the household isn’t constantly in survival mode.”

The post North West compared to Bob Ross after Kim Kardashian shares jaw-dropping painting. But some aren’t buying it appeared first on The Daily Dot.