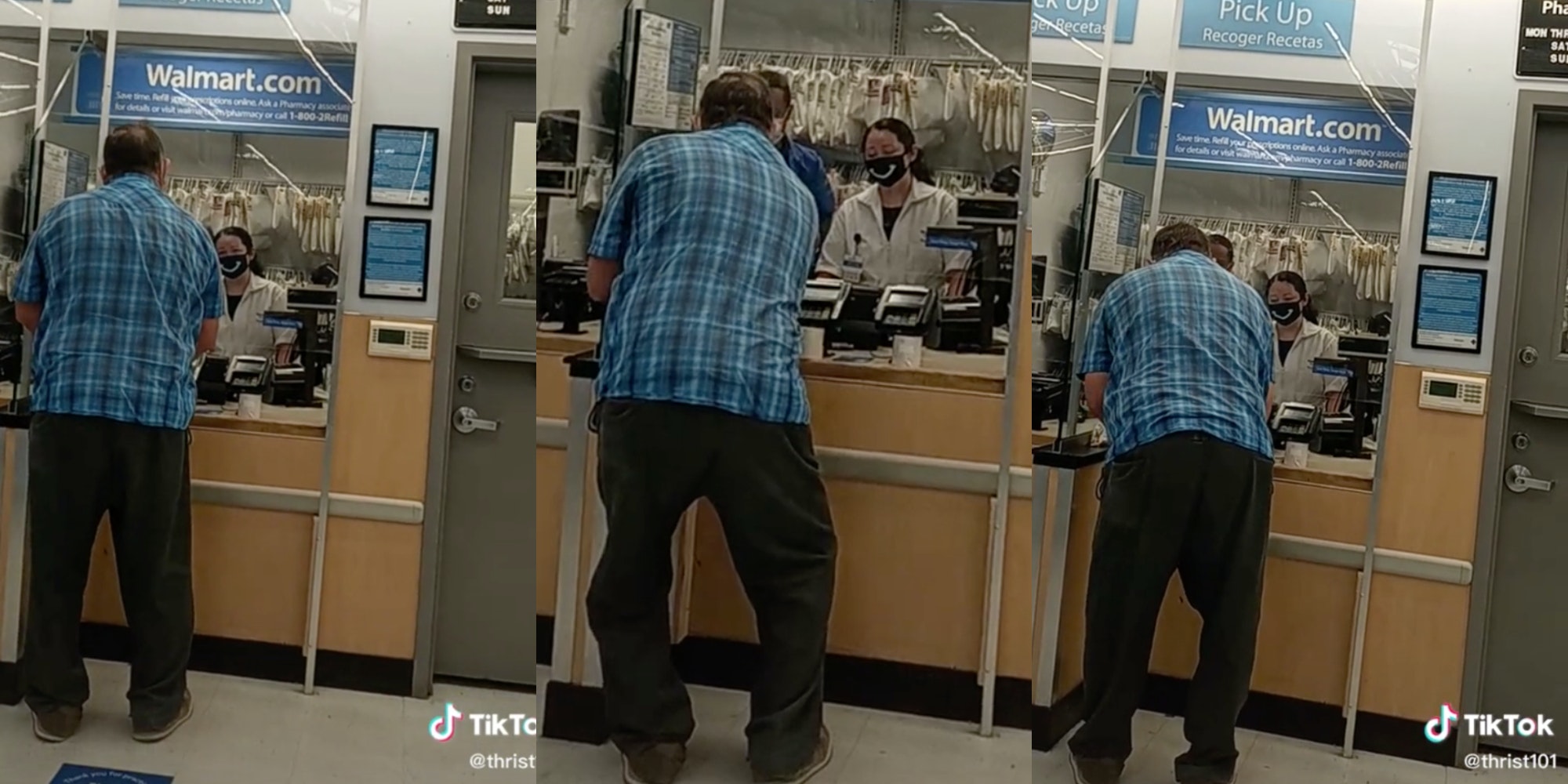 A Walmart pharmacy in Pahrump, Nevada, turned an elderly customer away for trying to pay for his medication with change.

A TikToker standing in line behind the man captured the incident on video and shared it to his page. It quickly racked up views, quickly becoming the most viewed video on @thrist101’s page.

“So I can’t get my medication because you won’t take American money,” the man asks at the outset of the video. He is standing at the prescription counter and appears to have already attempted to count out the correct change. He begins scooping it back up as the video progresses.

“This is American money, you give it back in change every day,” the man, identified by @thrist101 as Joseph Murdocks from Brookeville, Florida, says to the pharmacy technician. He goes on to say that he’s been saving up to afford his medication, only to be turned away.

Viewers were heartbroken to see a person refused their medication because they didn’t have the right form of payment. Some businesses have stopped accepting cash payments of any form during the COVID-19 pandemic, as the virus can cling to surfaces for some time. The World Health Organization urged people back in March of 2020 to avoid using coins, in particular, as coins are more likely to transmit COVID-19. Walmart has urged customers to use digital payment wherever possible, but it is not refusing cash payments at its stores.

Many people saw the video as yet another example of America’s failings. They flooded the comment section with well-wishes, and many asked if there was an avenue to help the man pay for his meds. @thrist101, whose real name is Devan Dylan, encouraged them to donate funds to Murdocks’ PayPal. He also shared his own payment information, promising to pass on any funds he collected.

Commenters also took their ire to the Walmart pharmacy’s online reviews. Recent Google reviews for the location have taken a hit, as people track it down to share Murdocks’ story.

At the time, Dylan was looking to raise $30. Murdocks needed $40 to pay for his meds, and Dylan had a spare $10 that he intended to offer. For the remaining cash, he offered a variety of avenues through which people could donate their time, money, or assistance to Murdocks. He even created a GoFundMe, which has already raised the necessary $40 as of this article’s writing.

A number of people found it suspect that Dylan provided his own payment information in the comments. They accused him of sharing the Walmart pharmacy video just to scam people and urged others in the comments not to donate. They also poked holes in Dylan’s account of the incident, many noting that they desired to get in direct contact with Murdocks, rather than go through a third-party.

They have cause to question the process. The Daily Dot located Murdocks’ Facebook page, which appears to be very new. He criticized people noting its apparently new status, claiming it was set to private, but several posts were viewable to the Daily Dot. The oldest viewable post went up on Feb. 6, a few days before Dylan posted the TikTok to his page. This gave many people pause, as it gave the impression that the Facebook page was made just to bolster the TikTok video.

This led several commenters to accuse Dylan of using the video’s viral status to cash in. He offered his own Cash App on several occasions, with the reasoning that Murdocks didn’t have one of his own. This, combined with Murdocks’ seemingly brand-new Facebook page, pushed many people to accuse Dylan of foul play.

No one appeared to believe the video itself was fake, merely that Dylan was using the viral opportunity to cash in.

Speaking via Messenger with the Daily Dot, Dylan denied these accusations. He said people began sending him death threats after he posted the video with his offer to serve as the middle-man, so he requested that people send money directly to Murdocks. He provided a PayPal, josephmurdocks@gmail.com, and a cashapp, $jamesmurdocks20, along with a link to the GoFundMe.

Dylan intends to upload a follow-up video now that Murdocks has the money he needs. He expressed frustration at the accusations of a scam, not to mention the threats, noting that he was just trying to help.

The Daily Dot also got in touch with Murdocks himself on Facebook. He called the staff at the Walmart pharmacy “extremely rude and unprofessional.” He said he was forced to pay for a taxi down to the Walmart for nothing after they refused his payment. “Devin (sic) offered to get me help cause he couldn’t pay himself and the boy has got nothing but horrible message(s),” he said.

He did note that several people have sent him monetary assistance. From three separate donors, he’s raised right around $100 for his current and upcoming prescriptions. Unfortunately, he also said that many people who’d offered assistance later changed their minds. Several also offered to call the pharmacy and pay over the phone but “it wont let them pay over the phone only on the app.”

An employee at the Pahrump Walmart location could not confirm this claim. He said, as far as he was aware, no one had made any attempts to pay over the phone. The Daily Dot has yet to get confirmation from a representative that this incident did happen at the Pahrump location.

When asked for full access to his Facebook profile—in an effort to confirm his ‘private’ claims—Murdocks ignored the request.

The post ‘Not everybody is rich, you know‘: Heartbreaking TikTok shows Walmart pharmacist refusing to take man’s change appeared first on The Daily Dot.

Tucker Carlson falsely claims that George Floyd wasn’t killed by cops
The Lincoln Project will shame a woman for salary demands, won’t admit how much its male co-founders make
Advertisement