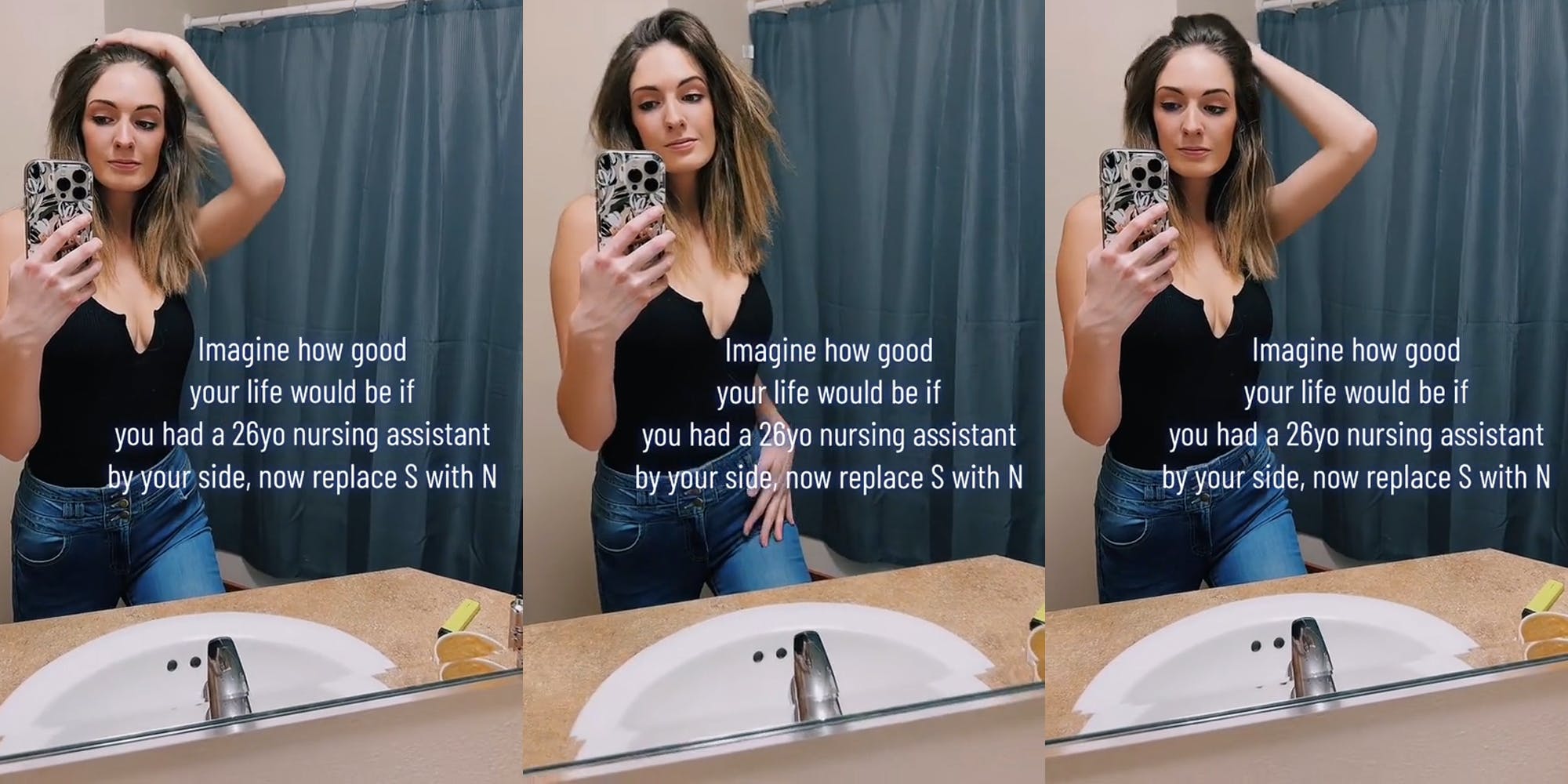 TikTokers and Twitter users are trying to decode an extremely cryptic video from a woman claiming to be a nursing assistant. It is not going well.

The video, from user @thisis_bex on TikTok, shows a short clip of what appears to be her in the mirror with text over it.

“Imagine how good your life would be if you had a 26yo nursing assistant by your side, now replace S with N,” the text said.

“Someone please tell me what a nurning anninntant is, I’m loning my mind here!” one user wrote, following her letter replacement suggestion.

“I watched this both under the influence and sober and it still doesn’t make a shred of sense,” said a fourth.

Other TikTokers stitched the video asking for further explanation.

“I will not sleep until I find out what they were trying to say here,” one user wrote.

On her TikTok, every other video by @thisis_bex is being spammed with questions about her cryptic riddle.

“Day 5 of asking for NURNING ANNINTANT explanation,” one user asked.

One user finally came up with what they think is an answer to the video text.

“She’s single, so she’s Ms. Registered Nurses are called RN. If she was by your side, she’d be Mrs. If you replace the S, MRS -> MRN, Medical Registered Nurse (she doesn’t fully understand the title/letter system),” he wrote.

But given that a number of Bex’s videos have scandalous overtones, with ones showing her removing her underwear and pretending to have sex with patients, it might just be a bit of viral promo gone wildly well.

On her own Instagram bio, she does refer to herself as a certified nursing assistant.

But there is also a link to her OnlyFans page.

As one user said, “Guys im starting to think she isnt actually a 26yo nursing assistant.”

The post ‘Nurning? Annintant?’: Everyone is baffled by this ’26yo old nursing assistant’s cryptic TikTok riddle appeared first on The Daily Dot.

‘They are lying to you’: Former Red Lobster employee shares PSA on the Cheddar Bay Biscuits
‘They weren’t having this pay-it-forward nonsense, and they just cut it off at me’: Starbucks customer says baristas lied to her about pay-it-forward coffee
Advertisement