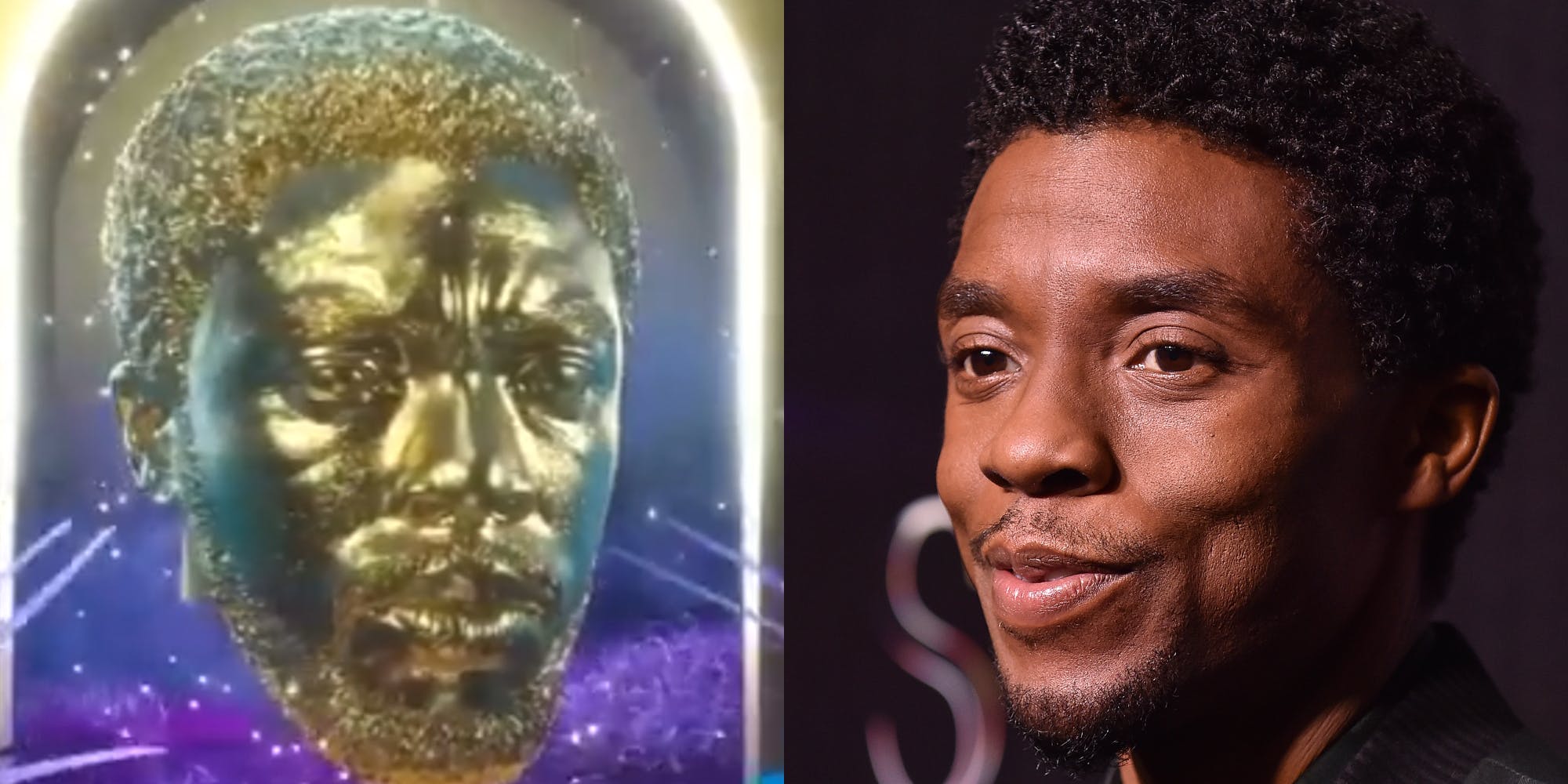 The Academy Awards gift bags are always a peculiar phenomenon, giving a selection of expensive free gifts to Oscar nominees. Often worth hundreds of thousands of dollars, these giveaways range from cosmetic surgery vouchers to free vacations, highlighting the wealth and privilege of the Hollywood lifestyle. There are always a few controversial choices in there, but this year one gift felt especially tone-deaf: an NFT based on Chadwick Boseman.

Boseman was expected to win the best actor award last night, and many people were shocked to see Anthony Hopkins win instead. This put an even more uncomfortable spin on that NFT, which was supposedly intended as a tribute. Created by artist Andrew Oshea, it was included in a gift bag by the entertainment marketing company Distinctive Assets. It isn’t officially affiliated with the Oscars, but like all Oscars gift bags, it relies on the Academy Awards for publicity.

Oshea tweeted that when this NFT is auctioned off (which is how an NFT cements its value), 50% of the proceeds will go to a colon cancer charity. However, this idea still earned backlash for a number of reasons. First off, there’s the fact that this isn’t a fully charitable enterprise. If only 50% of the money is going to charity, the artist will still profit from using Boseman’s image. Secondly, the NFT itself seems to be based on someone else’s work.

Oshea’s digital sculpture resembles a 3D model of Boseman’s head from the website cgtrader. You can purchase that model for $50, and Oshea’s NFT looks like a gold version of the model, plus some background effects. According to a tweet from Oshea, the NFT is now retailing for $1.2 million. (Incidentally if you’re wondering how an NFT can be “in a gift bag,” that’s a good question. The actual piece of digitial art is readily available online, whereas the NFT itself represents a financial asset.)

There’s also a lot of controversy over the concept of NFTs in general. Like cryptocurrencies, the technology behind NFTs is extremely damaging to the environment. And while NFTs are marketed as an innovative new way for artists to make money, their financial structure has been harshly criticized and even compared to pyramid schemes. After all, it’s hard understand why a .gif or a screencapped tweet might suddenly be “worth” a massive amount of money at auction. NFTs are being compared to the high-end world of fine art sales: a way for the super-rich to move money around and gamble on obscure investments.

Considering all that context, we’re left with one question about this Chadwick Boseman NFT. How, exactly, is this a respectful tribute?