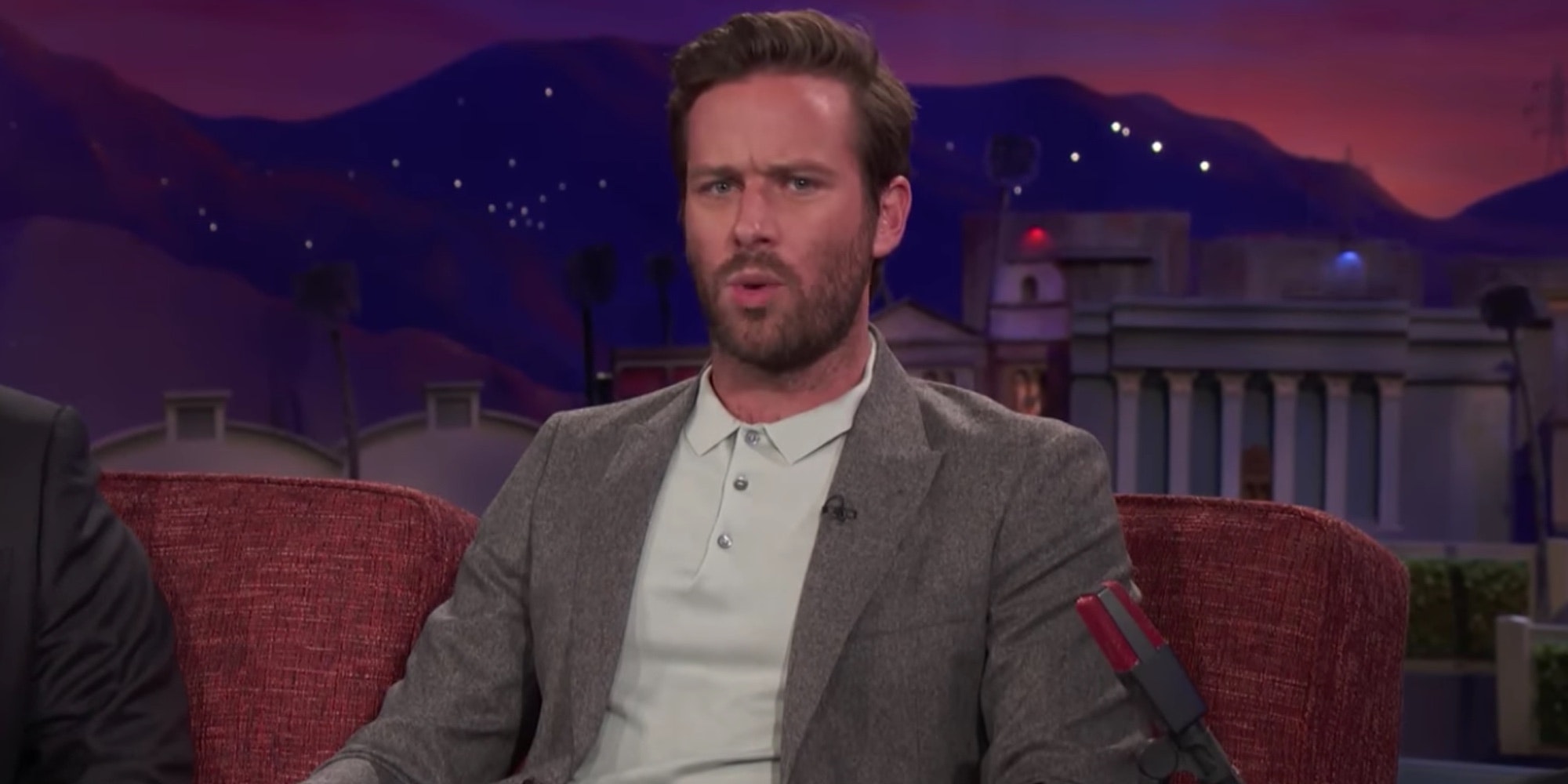 When rumors that Armie Hammer has an interest in cannibalism first started circulating on social media, nobody knew what to make of them. It’s a truly bizarre claim, but as time went on, multiple accusations of abuse were levied against the actor.

Most recently, Hammer getting dropped by both his agency and his publicist has people wondering what exactly is going to be coming out about him next.

This whole mess started when screenshots of direct messages allegedly sent by Hammer to a former partner of his started making the rounds on Twitter back in January. The messages are unverified, but appeared to show Hammer saying things like “I am 100% a cannibal” and “I want to eat you.” The alleged leaker of the messages, who remains anonymous, said they engaged in what felt like non-consensual acts with Hammer and that they’ve received messages from more than 200 people with similar stories, according to Refinery 29.

Many people initially wrote off the accusations as too absurd to be true, but then Hammer pulled out of two movies, with Variety citing inside sources that claim he was asked to step away.

Since then, two of Hammer’s exes have come forward, with one claiming he said that he wanted to “break [her] rib and barbecue and eat it,” while another said she got the impression from things he said that “he actually wanted to eat my flesh away.”

Courtney Vucekovich told Page Six that Hammer emotionally abused her and that she’s been undergoing trauma therapy ever since. “He quickly grooms you in the relationship,” she said. “He kind of captivates you and while being charming, he’s grooming you for these things that are darker and heavier and consuming. When I say consuming, I mean mentally, physically, emotionally, financially, just everything.”

Paige Lorenze alleged that Hammer similarly emotionally manipulated her, shared her nude photos to others without her consent, bruised her, and even carved his initials into her skin. “[Hammer] eased me into darker and darker things… he manipulated me — and I liked him — which is the scary part,” she said, per Refinery 29.

Hammer’s proclivity for bondage is already well known, thanks to him not understanding that “liked” tweets are viewable to the public back in 2017. But these new accounts from both his exes and the Twitter DMs he allegedly sent all seem to suggest a penchant for something darker and less consensual.

Some people are still mostly focused on the alleged cannibalism aspect of everything, if only because it’s so outside of the realm of the usual sexual misconduct accusations that come out against powerful men.

Others are hoping for a stronger narrative shift, concerned that the “cannibalism” accusations are being used as a smokescreen for Hammer to dismiss all the things people are saying about him.

But one thing most people seem to be in agreement on is that, on the heels of Hammer being dropped by WME for representation and by his publicist, we may need to be bracing for even more allegations to come out against him.

For his part, Hammer has denied the accusations, calling them “bullshit,” and a lawyer for the actor said that any sexual activities Hammer has engaged in with others have been “completely consensual in that they were fully discussed, agreed upon, and mutually participatory.”

The post People are bracing for new accusations after Armie Hammer gets dropped by agency, publicist appeared first on The Daily Dot.

‘This is a demonic system’: Black officer dies by suicide after speaking out about racism in videos
YouTube prankster killed while filming video
Advertisement