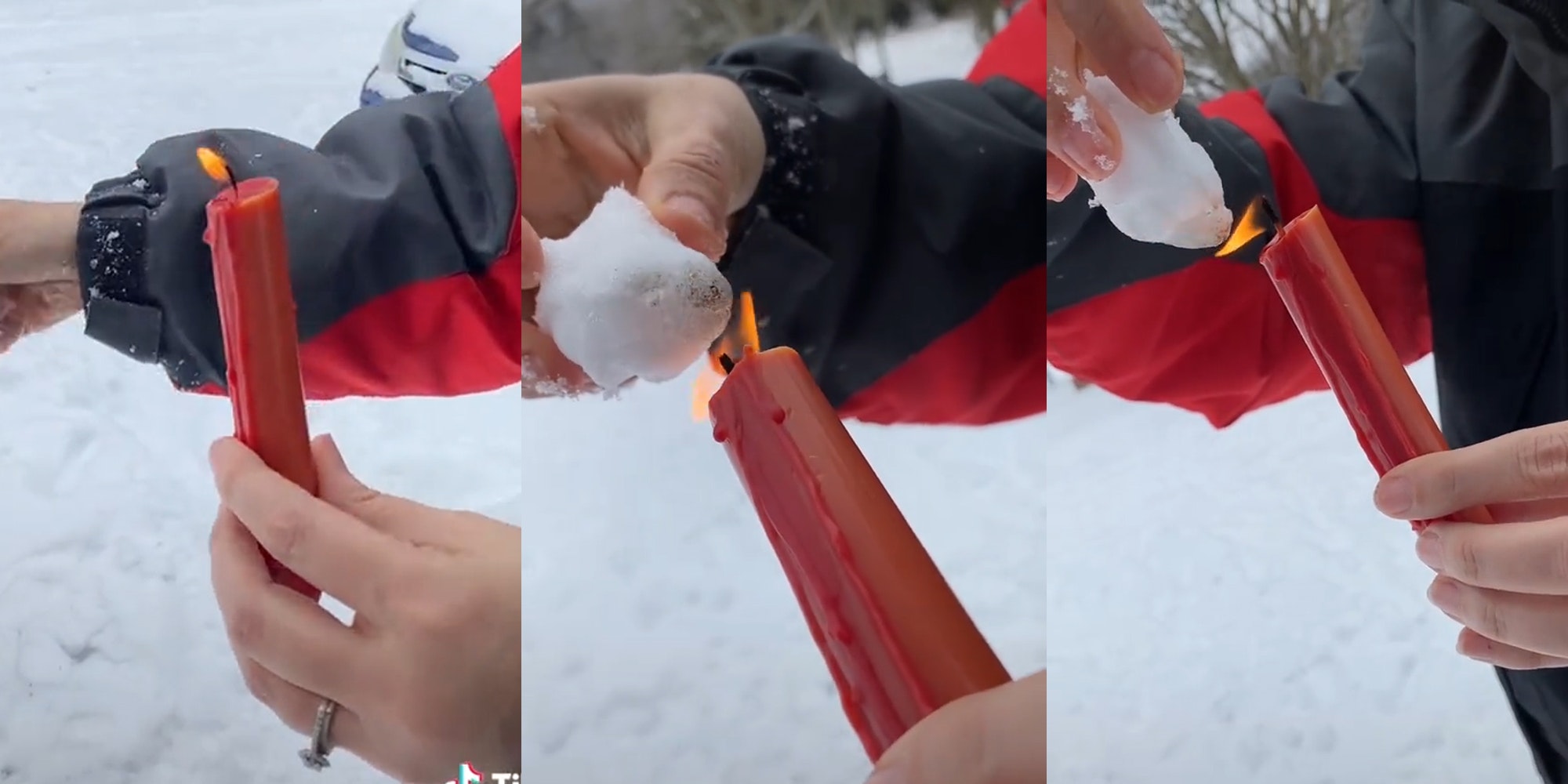 With Texans suffering the effects of a deadly snowstorm, mass power outages, and loss of water supply in the last week, some have decided to blame the government. Not the local state government for failing to manage the disaster properly or render effective aid—instead they’re blaming President Joe Biden (and Bill Gates) for the snow itself, claiming it’s fake snow sent to punish Texas for failing to vote blue.

The reasoning behind these claims? Supposedly, the snow doesn’t melt when exposed to a heat source and if you hold a flame up against a snowball, it’ll leave black residue behind.

It’s true that in some of the videos, no meltwater is visible coming off the snow, but there is a reason for that and it has nothing to do with artificial weather systems being controlled by global elites. Exposing snow directly to a high heat source vaporizes it, bypassing the liquid stage entirely. You can’t see the snow turning to water because it isn’t. It’s turning into a gas.

As for the black residue left behind, those are just the ordinary particulates that are generated from burning any fuel source. They’re coming from the lighters and candles being held against the snow rather than something inside the snow itself, in the same way that holding a candle too close to a wall can leave similar black staining behind.

Despite the fact that the claims of artificial snow have come up and been debunked before, Q supporters and other conspiracy theorists are continuing to insist, and try to prove, that the snow is artificial. Some have gone so far as to claim it will spark if you put it in the microwave, only to be undeterred when they tested it out and were proven wrong.

People from other states are even making comparison videos in an attempt to show the alleged difference between their real snow and the fake stuff in Texas, or to claim that their state is affected by the fake snow too.

And even some of those people debunking parts of the claims still think the snow is man-made and part of a governmental attack on Texas; they just also believe it’s a good enough fake that it melts just like the real thing. Which is just a really convenient way to explain how the snow in Texas miraculously melted when temperatures swung back up to 70 degrees Fahrenheit and higher over the weekend.

The post People are burning snowballs on TikTok to ‘prove’ that snow is a conspiracy theory appeared first on The Daily Dot.