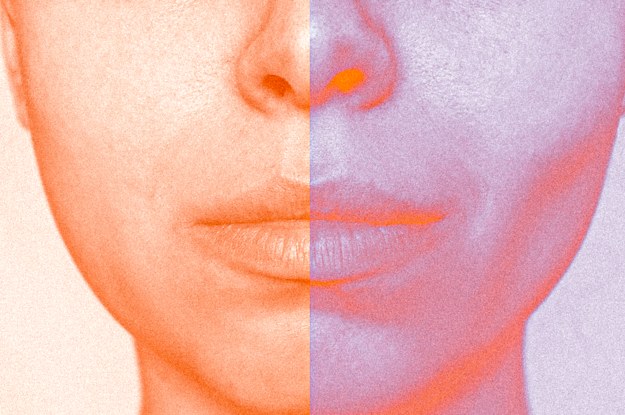 Some people are pushing back on a recently revived beauty trend that gives people a more slim, chiseled face and choosing to appreciate their naturally round “baby” cheeks instead.

It’s an irreversible procedure where surgeons remove a gumball-sized chunk of fat from the inside of both cheeks to give people a more contoured facial structure. The problem is that this fat, and fat in the face in general, usually thins out naturally over time, so getting the procedure done early in life can give some people a gaunt look as they age. (Some people have compared the general look to Ghostface from the Scream movies.)

But many twentysomethings who are in a hurry to look thinner or more mature don’t want to wait for time to do its thing, the plastic surgeons we spoke to said — especially when their social media feeds are packed with celebrities flaunting their razor-sharp cheekbones.

Now, “chubby cheeked hotties” are asking others like them to embrace their naturally round faces, trust the aging process, and unlearn everything society has taught them about what it means to be confident and beautiful.

“I truly cannot believe some people are born with these beautiful porcelain doll features and they’re trying to get rid of them,” Olivia Broussard, a content creator who covers pop culture, joked in a TikTok. “You may as well just say you want to slap God across the face.”

Broussard pointed to actor and model Devon Aoki, who she calls the “CEO of hot girls with round baby faces.” “Devon walked so you girls could run, and y’all aren’t even jogging,” she said. Jokes aside, Broussard told BuzzFeed News that she in no way judges those who choose to get plastic surgery. “I just want to be lighthearted and uplift people who have features they may be insecure about … and point out how beautiful round baby faces are.”

Dr. Benjamin Talei, a board-certified facial plastic surgeon in California, said Bella Hadid is the one person that everyone seeking a buccal fat removal comes in asking to resemble. Hadid has not said she’s had the procedure done, but Talei and other surgeons say it’s possible.

A recent tweet that’s garnered more than 16,000 likes and includes photos of Lea Michele, Miley Cyrus, Amelia Gray, and Zoë Kravitz speculated the actors had the surgery, although none have confirmed that this is true. Chrissy Teigen got the surgery and said she has no regrets.

But 24-year-old Kyla, who prefers to keep her last name private, said it’s time to bid farewell to all the “trendy facial features and body shapes.”

“Inherent features should not be considered trends. Because once everyone gets their buccal fat removal, the next new trend is going to be ‘cherub face’ or something along those lines,” Kyla told BuzzFeed News in an email. “We, as a society, cannot keep continuously getting plastic surgery to keep up with the trends, which is something that celebrities are already doing. It’s kinda like the old saying, ‘If they can’t fix it in 10 seconds, don’t point it out.’”

Kyla said she was self-conscious about her cheeks during her late teens as she watched her friends grow out of theirs. On her really insecure days, she would “go down a Google rabbit hole” and look at before-and-after photos of people who’ve had the surgery to make herself feel better, despite not ever seriously planning on getting it herself.

“Somehow, I had felt better knowing that there was an option if I never grew out of my cheeks — a sort of unhealthy coping mechanism,” said Kyla, who noted in a TikTok that the good ol’ aging process gave her the cheeks she always wanted. “I’m glad I never considered going through with it. Over time, I began to care less about it and realized it was OK if I was more of a Gigi than a Bella for the time being.”

Kyla also pointed out that people spend thousands of dollars to add volume to their faces, so “if you think about it this way, buccal fat can be considered a gift” — and plastic surgeons agree. (Any product or treatment that promises to “build collagen” is talking about adding volume back to the face.)

The buccal fat pad is a special kind of fat, rich in stem cells, Talei said, and the eye is the only other place on the body where this type of fat is found. People who get the surgery and don’t like how they look years down the road can have their skin tightened or filled with fat grafting, but the new fat can’t squeeze back into the pocket where the buccal fat used to exist. So your face won’t really resemble what it did before the surgery.

“You’ve got to be really careful on who you do this surgery on,” said Dr. Anthony Youn, a holistic plastic surgeon in Detroit with more than 8 million followers on TikTok. He said people with naturally narrow faces should absolutely avoid this procedure. “If somebody has a facial shape like Bella Hadid, this operation would be a big mistake because they may definitely pay the price as they get older.”

Buccal fat removals are really more of an “accessory operation,” Youn said, because it’s often done at the same time as a facelift in older people whose cheeks may push outwards. He added that the surgery can sometimes benefit young people if they have facial fat that won’t necessarily go away with age, but it’s a careful decision for both client and surgeon.

Talei advises younger people who want the surgery to also get their skin tightened or have the removed buccal fat reinjected to other parts of the face like under the eyes. “When you remove the buccal fat pad, you lose support to everything that’s inferior and anterior to it, and [the skin around the jaw area] could end up collapsing,” Talei said. These additional procedures allow surgeons to remove less fat, “ultimately keeping people safe from any of the negative effects in the future.”

The surgery, done under local anesthesia if not coupled with other procedures, is simple and can be completed anywhere between 20 minutes to an hour, Talei said. Complications are minimal, but can include cheek numbness and temporary bleeding. In rare cases, surgeons can damage salivary ducts or facial nerves, which can cause asymmetry in the face.

Nina Fitzgerald, 26, told BuzzFeed News she used to do her own research on buccal fat removals as an insecure teen with a round face before celebrities made it the new hot trend. Over time, she grew more comfortable and confident in her “baby face,” but the latest social media conversations around the surgery have left her disheartened.

At the same time, she noticed a “body positive sentiment pushing back on the trend,” which she said has empowered her.

“Full, round faces are beautiful. Comparison is the thief of joy and it’s crucial to get yourself out of the perfect Insta-model content loop and curate your social media feeds to include more body positive creators who look stunning with a diverse range of face shapes!” Fitzgerald told BuzzFeed News in an email, adding that round faces are the perfect canvas to practice unique makeup looks for those into it.

“When you get older, that extra chub is going to stop your face from looking gaunt and hollow!” she said. “Us baby face gang are going to be GLOWING in our 70s.” ●