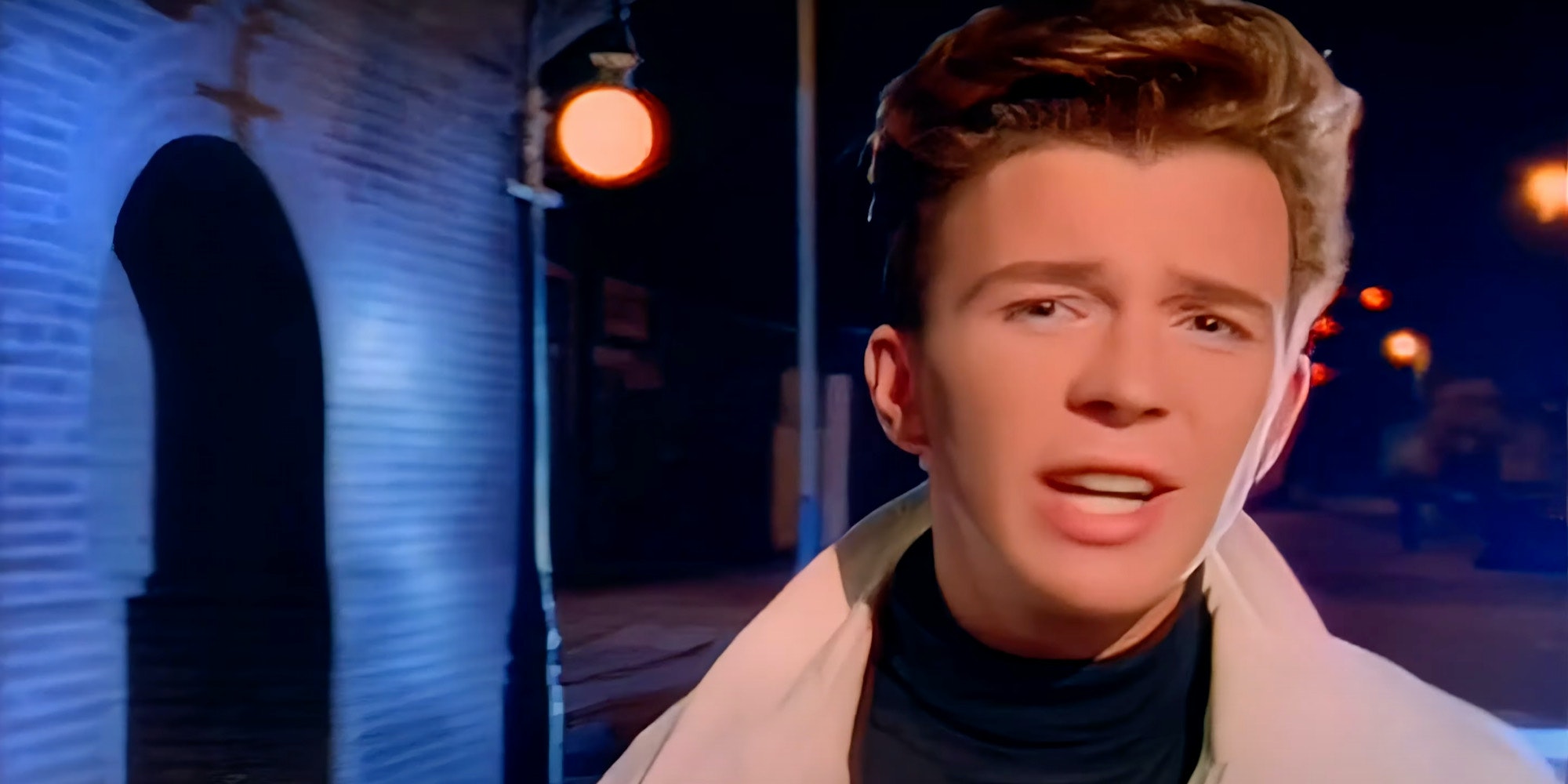 There are many factors that make Rick Astley’s “Never Gonna Give You Up” music video—and the Rickroll itself—an internet icon. There is the unsuspecting link that makes you accidentally listen to Astley’s biggest hit, of course. But it’s the smaller details, everything from the drums leading into the main melody to Astley’s efforts at dancing and even the 1987 video quality of the music video itself that offers its charm. But a recent restoration of Astley’s iconic music video that ups the quality to 4K and 60 frames per second is throwing us all over a loop.

According to YouTuber Revideo, who uploaded the restored version of “Never Gonna Give You Up” on Jan. 31, it’s a “Remastered music video with Topaz Video Enhance AI and RIFE (Flowframes).”

So how does that translate? It’s a much crisper viewing experience, especially when you’re watching Astley or one of the dancers in the music video move around. But you also see the kind of detail, such as lines on a wall of bricks, pop out even more prominently.

For comparison, this is the original music video, which has more than 871 million views.

But for an audience who’ve spent years or decades watching or being aware of the original quality of Astley’s music video, the much crisper edit is jarring. While a small clip of the 4K restored music video was first posted in response to a Cartoon Network tweet, the clip went viral on its own just a few hours later.

There are plenty of reasons why even a short clip of a remastered Rickroll might feel off. It’s not what we’re used to seeing. Even an attempt to give people a high-quality version of “Never Gonna Give You Up” takes away a bit of the charm. Maybe it’s just plain weird to see Rick Astley dance around in 4K and 60 fps.

But it’s not universally loathed.

Love it or hate it, the end result is the same: We’re all getting Rickrolled once again.

The post People are unsettled by the 4K remastered ‘Never Gonna Give You Up’ music video appeared first on The Daily Dot.