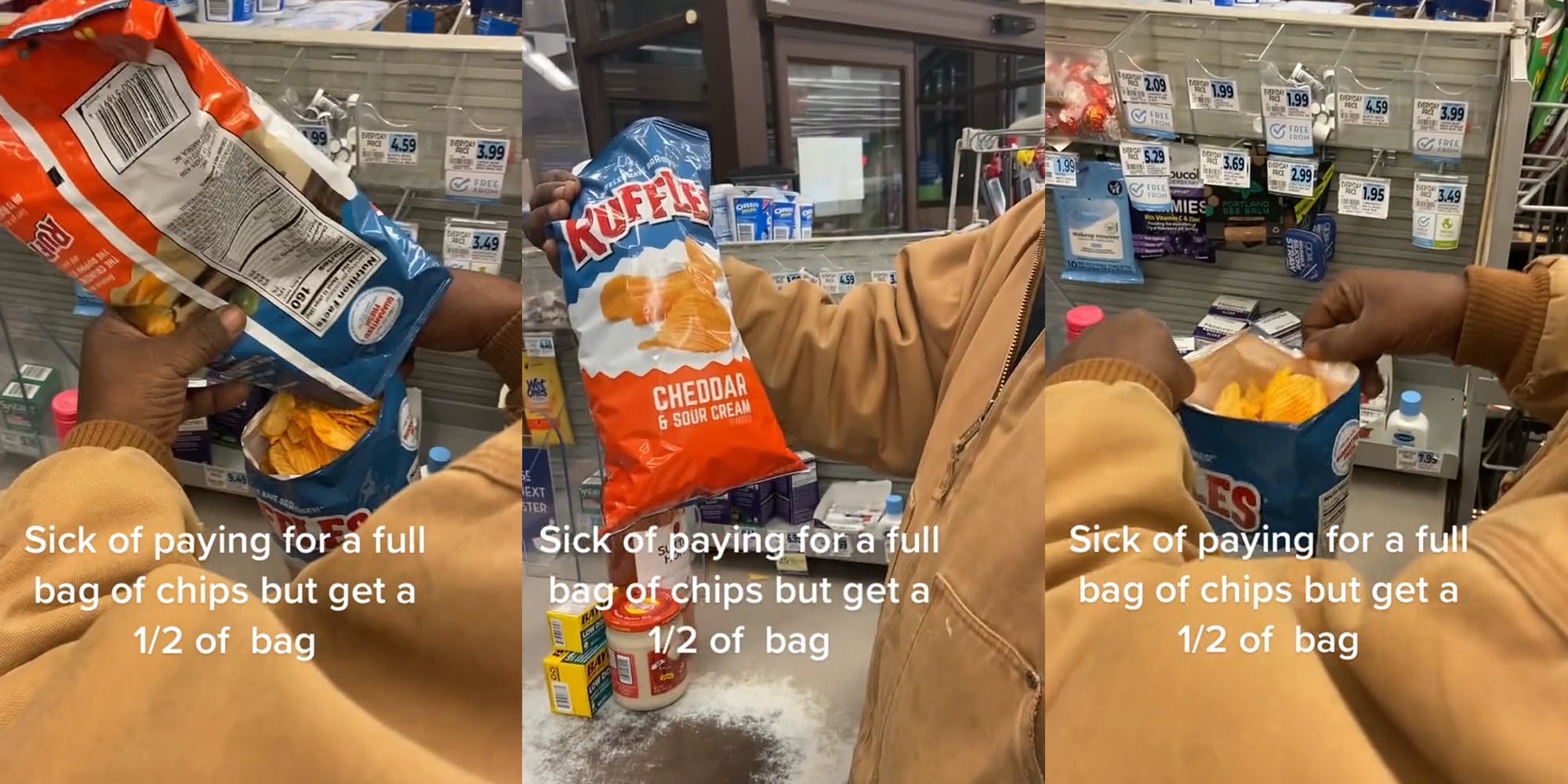 Shoppers have long wondered why potato chip bags are half full. And though there’s a logical reason behind doing so, some consumers say they’re fed up.

In fact, this frustration led one TikToker to take matters into their own hands.

In a video, user @frecakes8 records himself mixing two half-full bags of Ruffles chips together to make one full bag. “Sick of paying for a full bag of chips but get ½ of bag,” reads text overlay on the screen. As of Thursday, his video has over 236,000 views.

It’s unclear from the video whether @frecakes8 was successfully able to pay for just one bag of Ruffles—or if he was ultimately charged twice. It’s also not clear which store he tried this “hack” at.

According to online reports, though, potato chip bags aren’t filled to the brim because the air at the top of the bag prevents the rest of the chips from getting crushed. Indeed, the so-called “slack fill” is added purposefully to give the chips room in case the bag is tossed around or jabbed.

Though some commenters tried to educate other viewers on this reality, a number of others still applauded @frecakes8 for taking action.

“This seems about right,” wrote another user.

“People be paying for air and crumbs,” a third comment says.

Some viewers, in fact, even admitted to utilizing the same “hack” for laundry detergent.

The Daily Dot has reached out to @frecakes8 via TikTok comment.

The post ‘People be paying for air and crumbs’: Shopper combines 2 bags of Ruffles chips together to make a full bag at check-out appeared first on The Daily Dot.

‘She scratched it out and wrote the other teacher’s name’: School counselor says her Secret Santa present was regifted right in front of her
‘I think I’m just gonna quit eating’: Costco shopper says she spent $140 on only 6 items
Advertisement