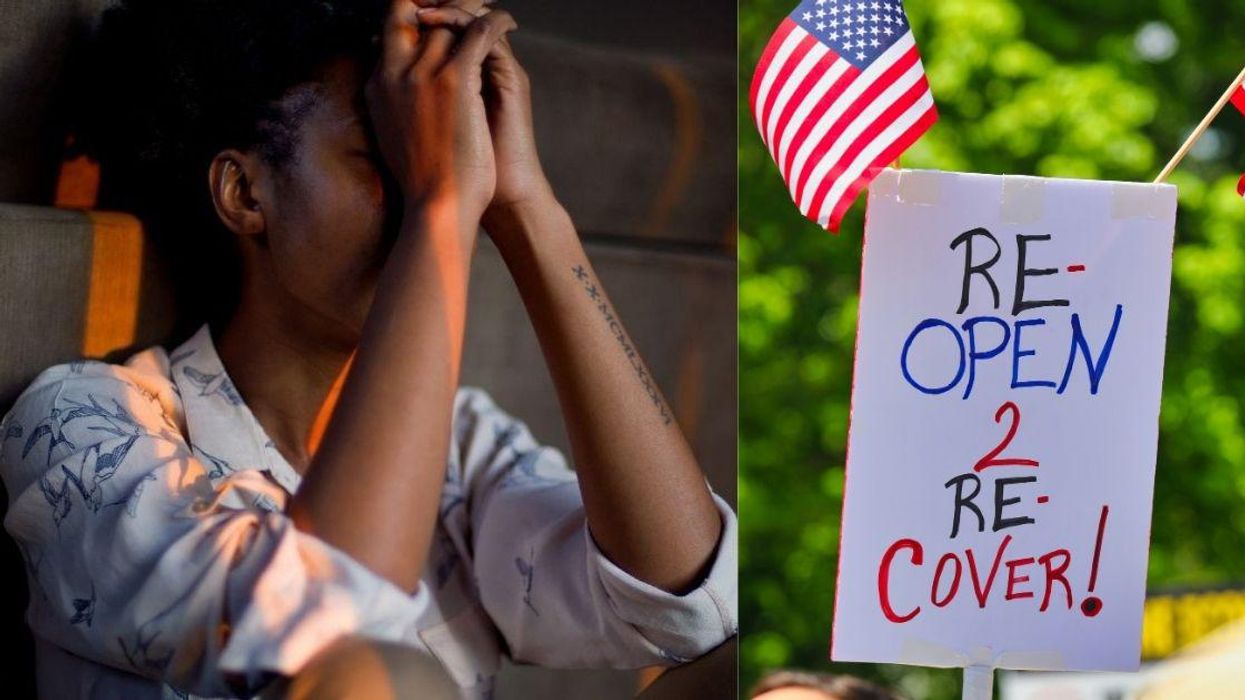 If there’s one thing that everyone can agree on, it’s that being in a pandemic sucks.

However, we seem to be on different pages as to what sucks most about it. Many of us are struggling with being separated from our friends and loved ones for so long. Some of us have lost friends and family to the virus, while others are dealing with ongoing health effects of their own illness. Millions are struggling with job loss and financial stress due to businesses being closed. Parents are drowning, dealing with their kids’ online schooling and lack of in-person social interactions on top of their own work logistics. Most of us hate wearing masks (even if we do so diligently), and the vast majority of us are just tired of having to think about and deal with everything the pandemic entails.

It’s not that those mental health challenges aren’t real. They most definitely are. But when we focus exclusively on the mental health impact of lockdowns, we miss the fact that there are also significant mental health struggles on the other side of those arguments.

For one, what about the mental and emotional distress of watching people you love die of a preventable disease? If lockdowns are hard on mental health, what do we think allowing the virus to spread unchecked (even more than we already have) and kill even more people would do? People talk about lockdowns causing economic distress as if the alternative would eliminate mental health struggles. I don’t see how a drastically increased death toll would be better.

The top five life stressors, according to University Hospitals, are:

Only one of those stressors comes with lockdowns (unless you count divorce from being cooped up with your spouse, but relationship troubles are even being reported from countries without lockdowns). Two of them at least, death of a loved one and major illness, would be experienced far more without public health measures.

The pandemic was always going to be a choice between a rock and a hard place. There was never a way to avoid suffering here—we were either going to have mass death or mass economic strife (or both, as we’ve found out the hard way by really screwing up the response). And both of those options come with a mental health toll.

Then, what about the mental health impact of losing our faith in our fellow citizens?

We’ve spent the past year going through the largest mass death event of our lifetime, and half of us have spent that year trying to convince the other half that it’s actually happening. Not even trying to convince them of the best way to handle it, but simply that it’s real. The constant battling of denial and misinformation is exhausting and demoralizing. Handling the pandemic would be hard enough if we were all on the same page. But seeing and hearing people treat 400,000+ dead Americans as either not real or not a big deal is enough to make you lose your mind.

And then there’s the emotional toll of realizing that a number of your fellow countrymen see elderly/disabled/overweight/Black Hispanic people as expendable, that an unreal number of Americans would rather see hundreds of thousands of us die than wear a mask, and that a disturbing percentage are far more likely to listen to conspiracy theorists than the world’s most respected scientists. The ignorance and paranoia are hard to take. The inhumanity of it all is devastating.

So now people who already struggled with their mental health also have to process a loss of faith in humanity. That kind of existential stress is hard to quantify, but it’s real. Some of us have tried to teach our children that most people are good and kind, that selfishness and self-interest are the exceptions and not the rules. Now we’re stuck with this daily deluge of evidence that a startling number of people simply aren’t willing to sacrifice at all for the greater good, and trying to explain why that is to our kids.

As a result, we feel less safe and secure. We feel frustrated and angry. We feel sad and weary because it didn’t have to be like this. We struggle to find hope that we’ll be able to turn this thing around. Watching our fellow Americans insist that basic public health measures are tyranny, that their individual liberty is more important than collective freedom and well-being no matter what the cost, and that objective reality isn’t real—and then seeing all of this result in far more sickness and death than there needs to be—has an emotional impact every single day.

So yes, let’s keep talking about mental health in the pandemic, but let’s not pretend that people are only struggling due to lockdowns and social distancing. The inhumanity we’ve seen from far too many is taking its toll as well.