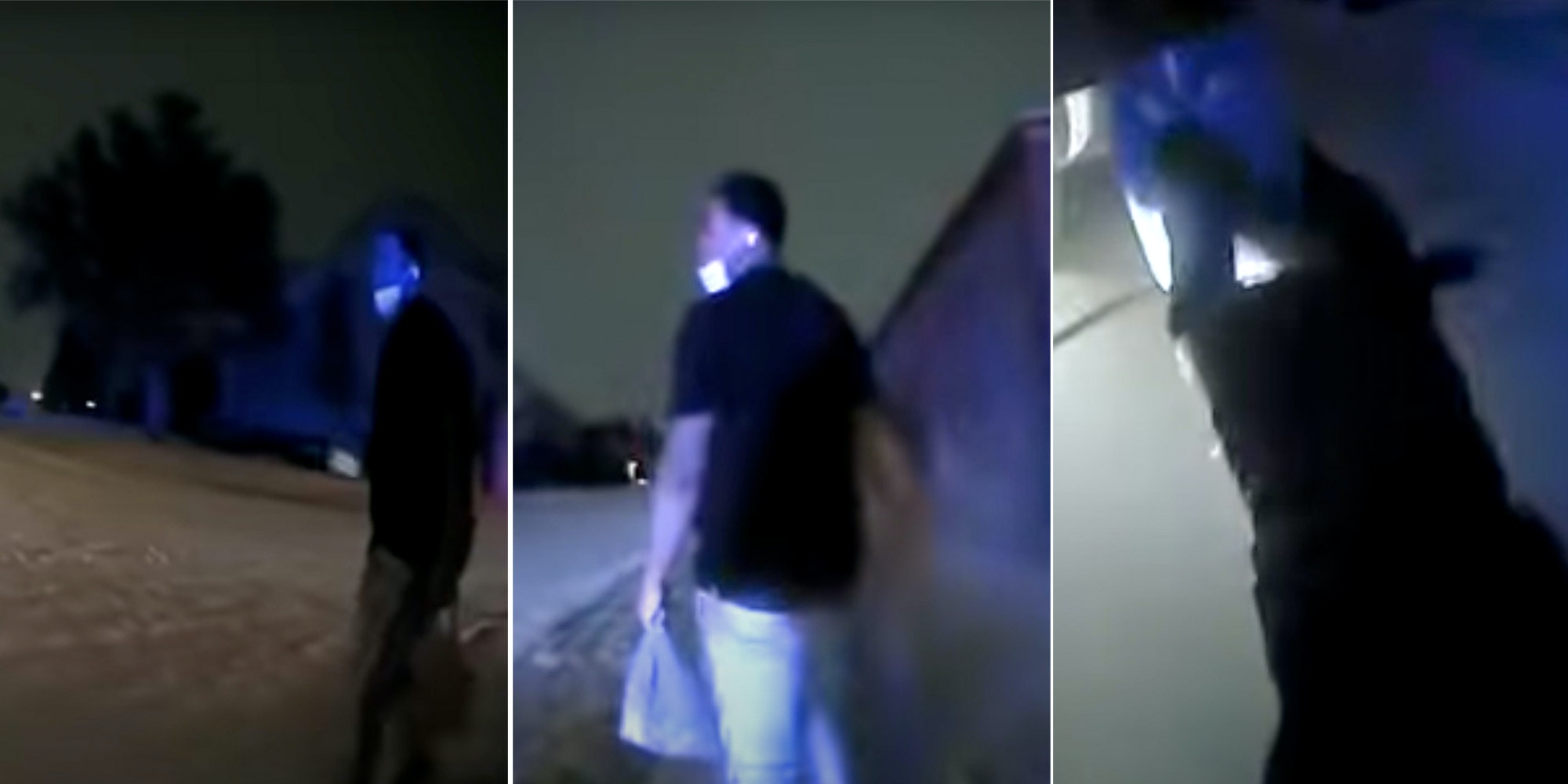 Last Tuesday, an 18-year-old Black man was arrested in Plano, Texas, walking home from his Wal-Mart job late at night, after an encounter with police officers escalated. The story has taken several turns over the last six days, including the Plano Police Department releasing body cam video of the event.

And now, it appears that the man won’t face charges for the “crimes” for which he was detained.

The saga begins, according to a Plano Police Department statement on its Facebook page, responding to a “Welfare Concern call where a caller stated that a black male subject wearing a short-sleeve shirt and shorts” was walking down a neighborhood street, “and was stumbling.”

The account continues, “Responding officers located the subject, and although he was wearing a short-sleeve shirt, he did have long pants. Temperatures at that time were in the teens, with snow and ice on the ground. Concerned for his welfare and the possibility of the subject being in a mental crisis, delusional, or impaired, the officers attempted to contact him. As the officers continued to speak with the subject, he continued walking away from them. Officers repeatedly told him they were there to help him.”

The video, reposted to YouTube, indeed shows the young man at first addressed by a female officer. She asks if he’s all right, asks his name, and even offers him a ride home at one point.

But the video characterizes the officer as “harassing” him, and as he tries to make clear to the officers during the first part of the encounter, he’s merely trying to get home. Indeed, the first two minutes of the video show the officer following the young man as he keeps ahead of her.

KDFW-TV’s Sunday report on the incident, identifying the man as Rodney Reese, featured a key exchange from the video. In it, Reese assures the officer, “I’m on the way home; I’m straight.” When he’s told he’s walking in the middle of the road—appearing to be closer to the curb—he notes, “I understand that. My bad.”

The video also depicts the encounter intensifying. The female officer touches Reese to, as she puts it, “get his attention.” A male officer appears on the scene to announce to Reese he’s being detained, and when Reese says “no” and reaches out toward the female officer, she starts the process of handcuffing him.

In the video, that plays out over several minutes of dark, grainy, blurry footage, which includes the female officer going through his pockets to find ID. (At one point, she pulls what appears to be a Wal-Mart badge from his pocket, as well as a key.)

Reese was taken to jail and detained overnight. As the department’s own note on Facebook remarked, “The arresting Officer noted in the arrest report that although the subject committed the Class B misdemeanor offense of Interference with Public Duties by resisting Officers efforts to detain and handcuff him, the Officers elected to only charge him with Pedestrian in the Roadway, a Class C misdemeanor.”

In the video, it’s clear that the streets have less snow on them than the sidewalks, possibly making them the less treacherous choice. That may have factored into public reaction to the video. Nearly 5,000 comments have been added to the Facebook post, with a number of them condemning the officers’ actions.

Plano Police Chief Ed Drain defended his officers for investigating the situation, according to the KDFW-TV story, but announced that the charges against Reese were being dropped. As that story reported, the charge “doesn’t fit what officers were called to investigate.”

Later in that story, Reese told the TV station that he believes the arrest happened solely because he’s Black.

Friends and family attested to his character in the KDFW account, including Ozell Graham, who started a GoFundMe for Reese to help him “with clearing his record completely, legal fees, loss of wages from work, and any counseling that he has to take.”