Popular YouTuber shoots himself in the head in freak accident – Nogagames 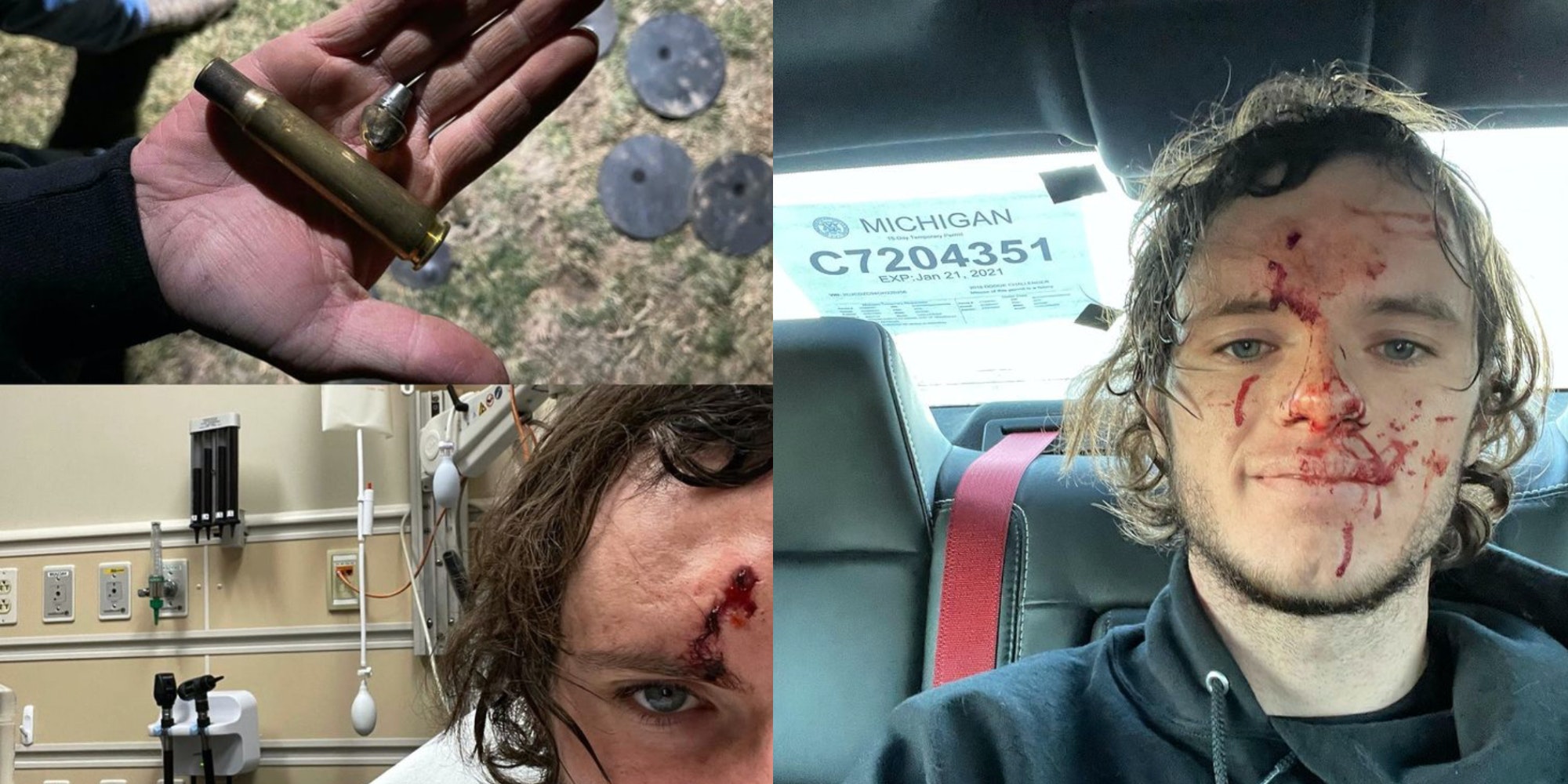 YouTuber WhistlinDiesel, who has 1.75M subscribers on the platform, survived a freak accident after accidentally shooting himself in the forehead with a stray bullet from his gun.

The vlogger—whose real name is Cody Detwiler—explained he was shooting metal plates with a .50 caliber gun from just 4 feet away when one of the bullets ricocheted and embedded in his forehead.

The 22-year-old frequently uploads videos of stunts involving large trucks, guns, or both. He told fans of the near-death experience on Thursday, with a selfie posted to his Instagram.

“I’m ok they’re just doing some scans to make sure I don’t have swelling other than the 2′ lump on my forehead and the copper jacket under my skin,” he continued.

Another photo to the YouTuber’s Instagram shows a photo of him in a hospital bed, with a sizeable hole right above his eye socket. A second picture showed the casing, along with the bullet that left the damage.

Despite the gruesome injury, Detwiler said he has no plans to stop shooting. “Got a ct scan to be safe and they say my skull isn’t cracked soo…. back to target practicing!!!” he wrote.

The post Popular YouTuber shoots himself in the head in freak accident appeared first on The Daily Dot.

Video: 3 Black teens wrongly detained at Target while trying to buy snacks
TikToker urged to leave ‘date’ after posting video of what’s in the reflection of his glasses
Advertisement