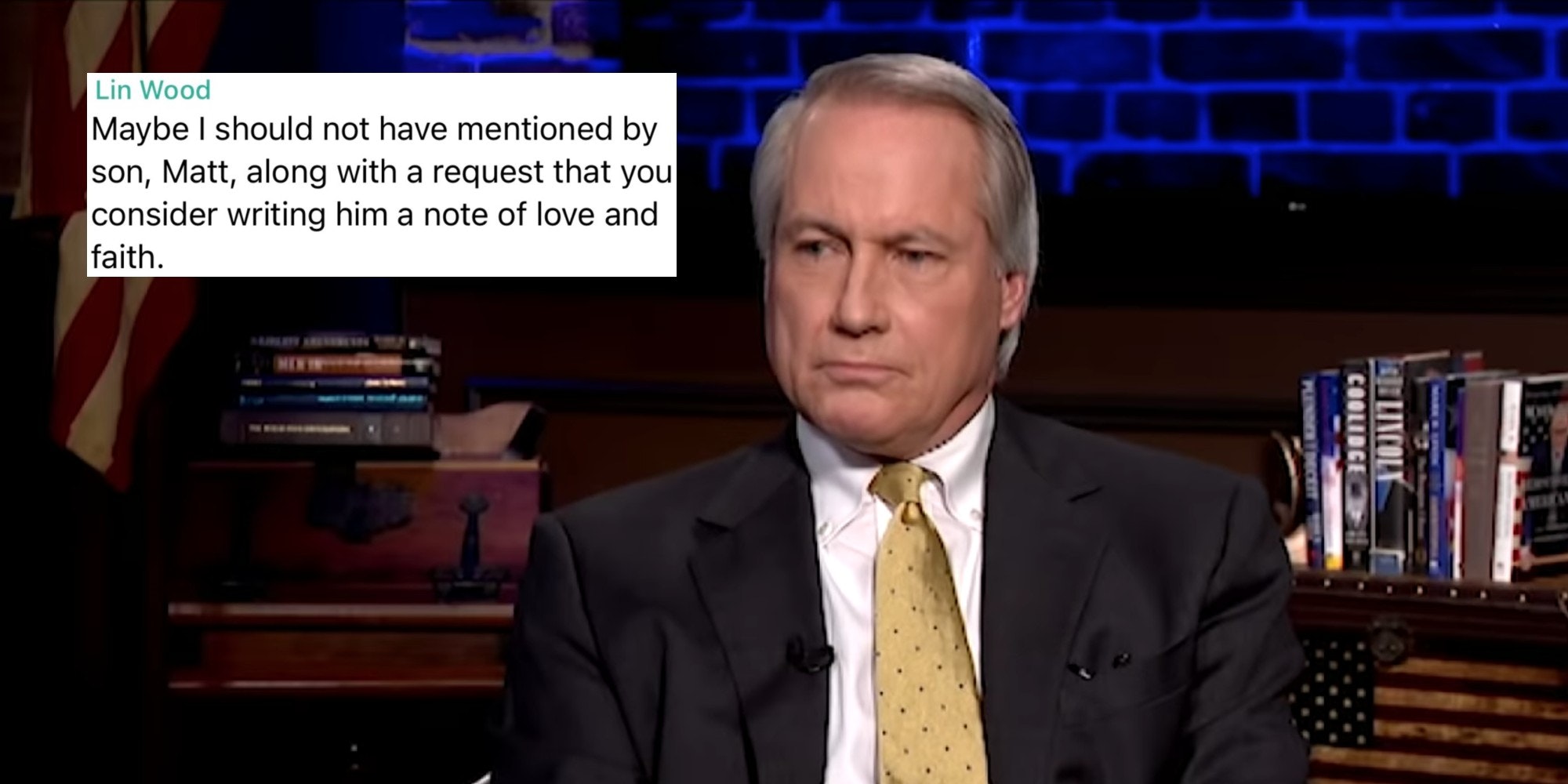 Lin Wood, the far-right attorney who attempted to overturn the 2020 election on behalf of President Donald Trump, doxed his own son on Saturday and cited “Jesus” as justification.

In a post on Telegram, Wood, who currently has more than 730,000 subscribers, revealed the email address of his estranged son. In what many saw as an incitement to harassment, Wood then asked his followers to contact his son under the guise of promoting Christianity.

“If your heart moves you to write and express your stories of feelings of faith with him, perhaps it would help awaken him to the world outside Austin,” Wood said. “I think he would benefit from the loving words from followers of Jesus Christ. Not a request to write him, but only a request to follow your heart.”

After receiving notable pushback for the move, Wood defended his actions despite admitting that he perhaps should not have involved his son.

“Maybe I should not have mentioned my son, Matt, along with the request that you consider writing him a note of love and faith,” Wood said. “So now I am accused of doxxing my own son. I intended no such thing. I love him. I would never do anything to hurt him.”

Wood, whose Telegram channel has increasingly shifted from conspiracy lore to proselytizing, also stated that he did not regret opening his son up to harassment.

“I took the chance. I do not regret it,” Wood added. “One cannot be motivated by the fear of failure. How many experiences would we have missed if we did not take risks?”

Wood’s ramblings have been relegated to Telegram after his account on Twitter was suspended in the wake of the insurrection at the Capitol. Wood was one of the primary figures that spread false claims of election fraud online that ultimately led to the violence in D.C.

The post Pro-Trump attorney Lin Wood doxes own son in the name of ‘Jesus’ appeared first on The Daily Dot.

Video shows anti-vaxxers heckling drivers waiting to get COVID-19 vaccine
QAnon believers are feeling left out Myanmar had a coup and the U.S. didn’t
Advertisement